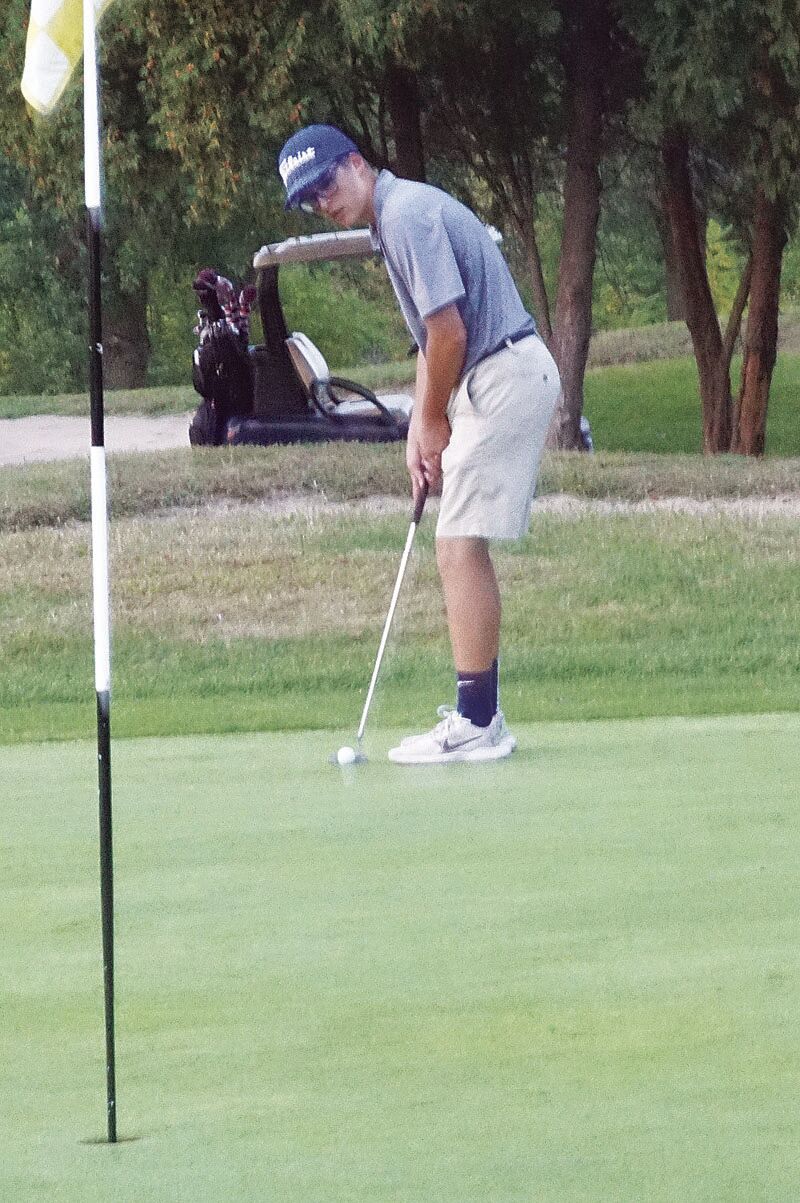 Rantoul/PBL's Mason Uden putts during a golf game at Lake of the Woods, Mahomet, on Thursday. 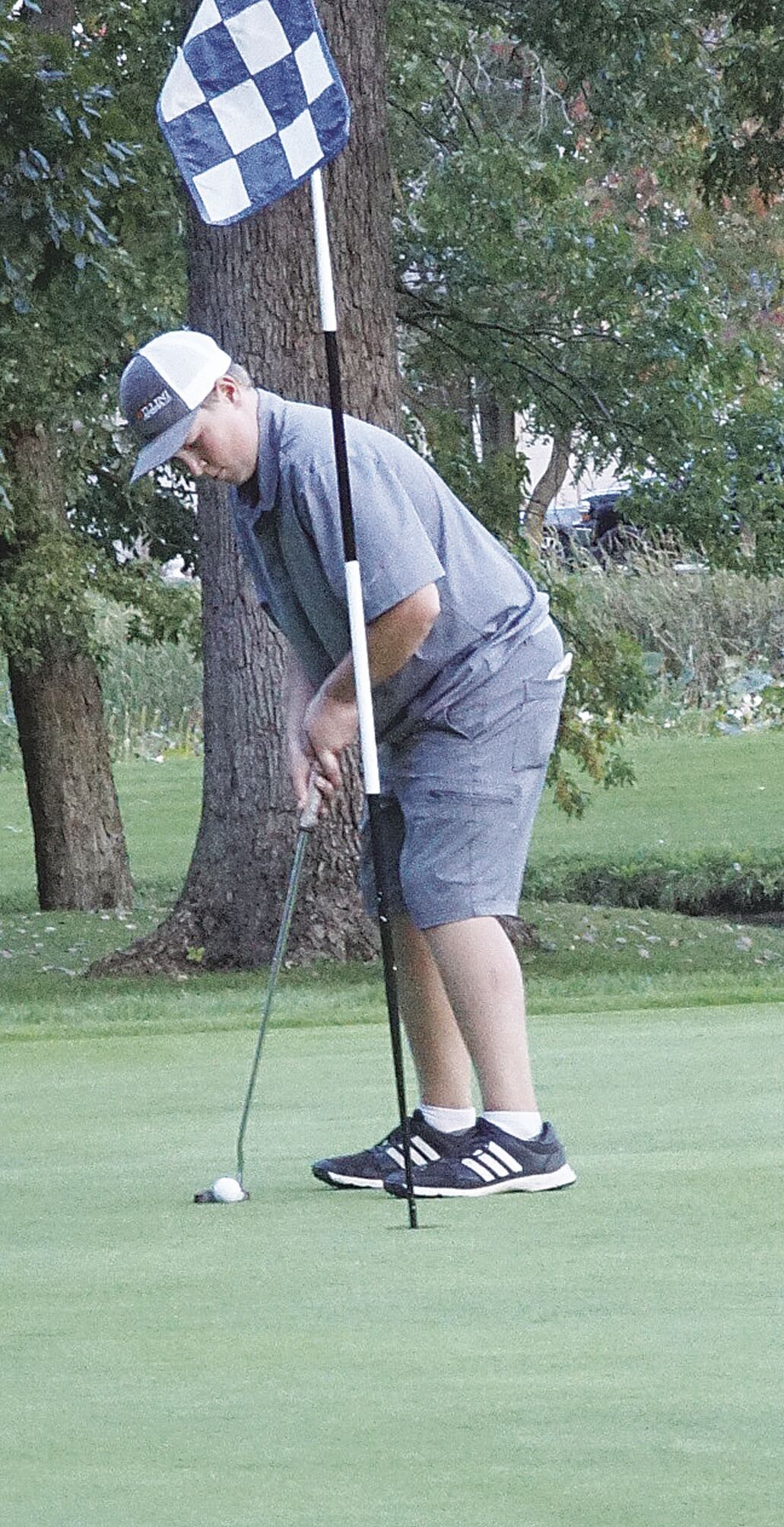 Sean Hudson, a member of the Rantoul/PBL golf team, putts during a golf game at Lake of the Woods, Mahomet, on Thursday.

On Sept. 21, at Rantoul’s Willow Pond Golf Course, Iroquois West reached the 20-win mark with its 36-stroke victory against Fisher.

The Raiders’ Ryan Tilstra was medalist with a 5-over 41, while Ryan Coulter led the Bunnies with a 49.

Last Wednesday at Willow Pond, Fisher’s Jacob Reynolds and Cissna Park’s Cale Clauss shared the medalist award with a 53 over nine holes, but it was the Bunnies who earned a 219-234 team win over the Timberwolves.

Jordan Claxton and Ryan Coulter each added a 55 for Fisher, while Cissna Park’s No. 2 score was Bryce Bruens, who had a 58.

Isabella Smith turned in a 56, while Ryan Coulter and Max Bruggman had 55 and 60, respectively, for Fisher.

Shaughn McGuire turned in the low round for Fisher with a 59.

At Tuscola on Thursday, Sullivan had four of the top five scores during a quadrangular match also featuring St. Teresa, Tuscola and Fisher at Ironhorse Golf Club, helping Sullivan top the field with a 169, 19 strokes better than runner-up St. Teresa.

Corey Dunn led Tuscola, which finished third with a team score of 195, by shooting a 47 and Ty Thomason added a 48 for the Warriors. Ryan Coulter carded a team-best 54 for Fisher, with the Bunnies compiling a 228.

Last Wednesday, Hayden Schall‘s 42 landed him in runner-up position for Rantoul/Paxton-Buckley-Loda during a nine-hole Illini Prairie Conference dual with Olympia last Wednesday, but the Eagles suffered a 176-185 defeat at Brookhill Golf Course.

On Thursday at Mahomet’s Lake of the Woods course,

Caleb McCullough of Judah Christian took home medalist honors with a 39 during a triangular match that also featured Rantoul/Paxton-Buckley-Loda and Cornerstone.

Despite McCullough’s low round, Judah Christian was third with a team score of 202. Rantoul/PBL finished second with a 179, 11 strokes behind Cornerstone.

Ethan Donaldson recorded a 40 for the Eagles’ top score, while teammates Hayden Schall and Mason Uden each contributed a 46.