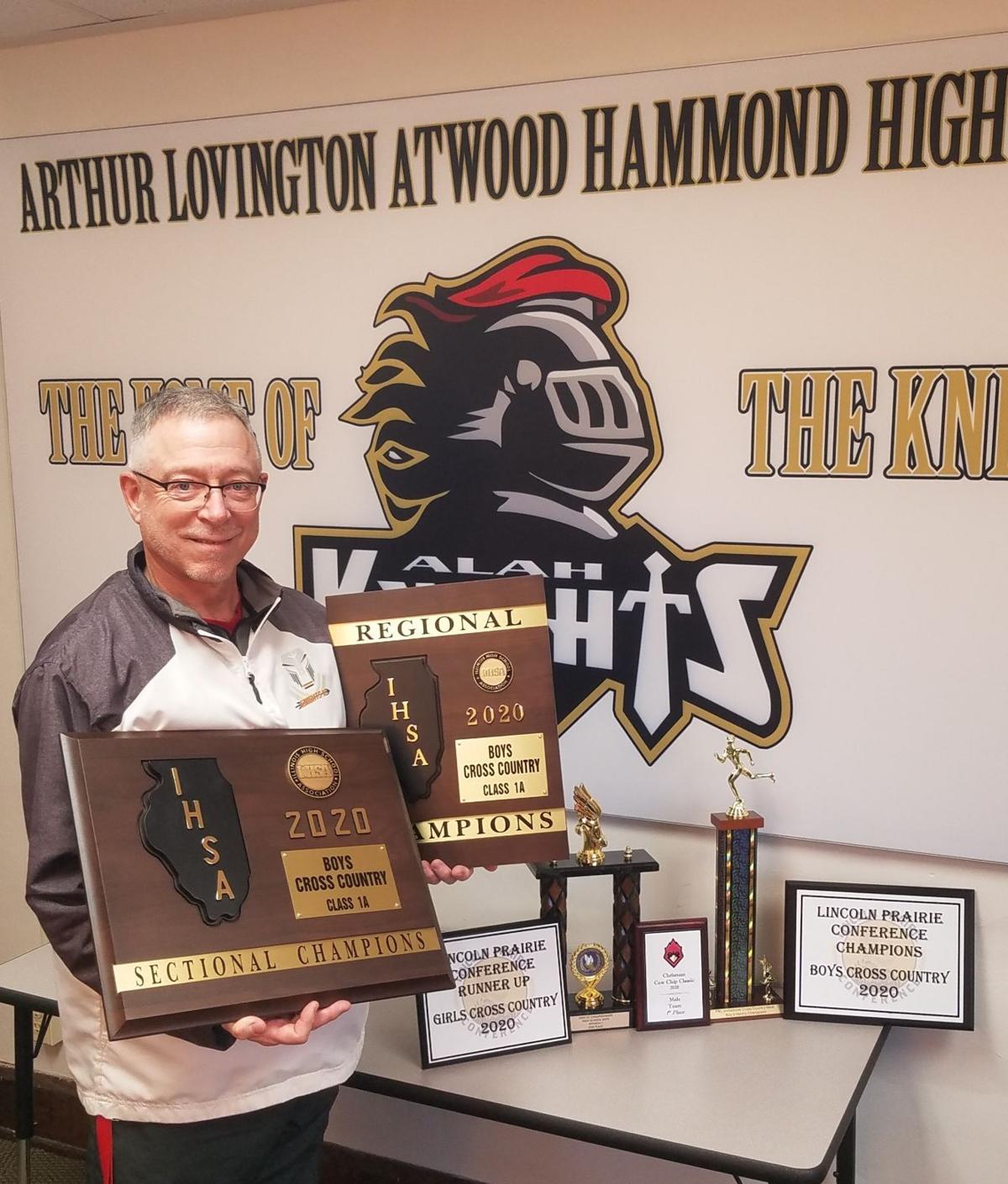 Arthur-Lovington-Atwood-Hammond boys’ cross-country coach Lyle Dorjahn poses with all of his team’s trophies from the 2020 season. 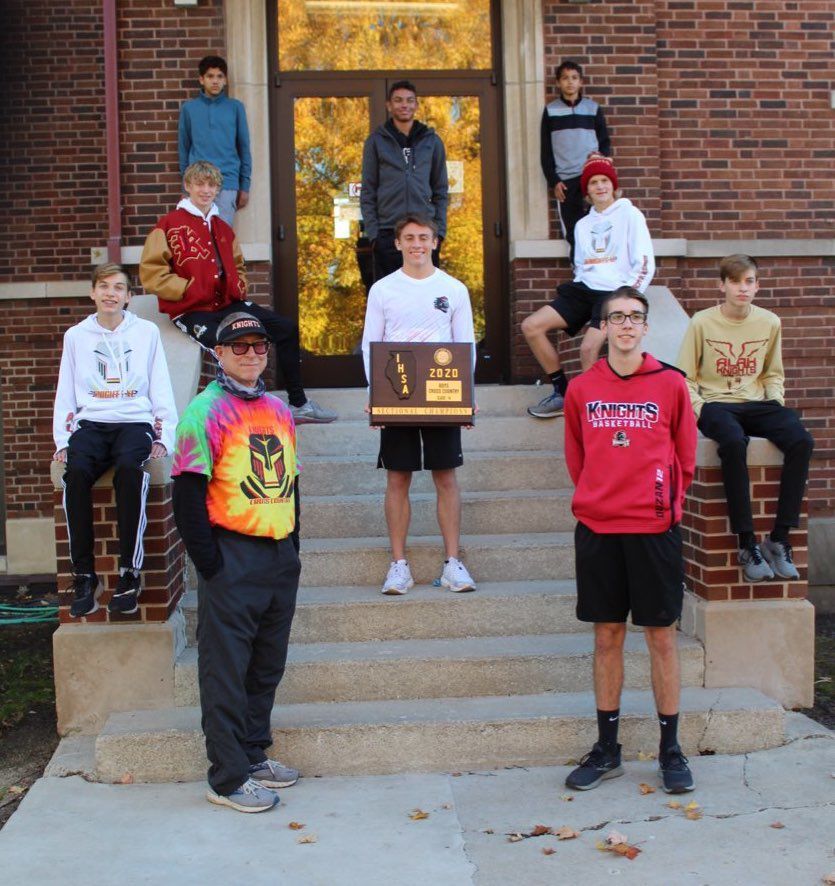 Arthur-Lovington-Atwood-Hammond boys' cross-country coach Lyle Dorjahn, bottom left, poses for a photo with his athletes after their Class 1A sectional victory in October.

Arthur-Lovington-Atwood-Hammond boys’ cross-country coach Lyle Dorjahn poses with all of his team’s trophies from the 2020 season.

Arthur-Lovington-Atwood-Hammond boys' cross-country coach Lyle Dorjahn, bottom left, poses for a photo with his athletes after their Class 1A sectional victory in October.

➜ Why he’s Coach of the Year: The second-year coach guided the Knights to their second straight Class 1A regional title and their first sectional title. Dorjahn’s boys, under a club banner, then went on to place second in the unsanctioned ShaZam Racing Division I state meet.

➜ Why he first decided to coach cross-country: “I was always a track and field/cross-country fan. When my grandson was an incoming freshman last year and the position at ALAH came open, it seemed like a logical fit.”

➜ His top highlight from the season: “Team performance during the postseason. Our Nos. 3-5 runners really stepped up and complemented our top two guys. Without their improvement at year’s end, we don’t win the regional or sectional and place runner-up at ShaZam.”

➜ The most challenging part of coaching cross-country amid a pandemic: “The uncertainty of scheduling due to the pandemic. I was honest with the guys, and they believed in the process.”

➜ His favorite event of the season: “The regional and sectional meets were unforgettable. Lyle Adcock dominating his flight at sectionals was a special moment. Jace Green and Jacob Adcock battling at regionals. Layton Hall and Logan Beckmier coming through in the fast flight at sectionals.”

➜ What it meant for his team to compete during the pandemic: “Relief. I just didn’t want to see their summer of hard work go to waste. They knew that every meet was potentially the last of the year. We’re extremely grateful that it happened.”

➜ His top career cross-country accomplishment as a coach: “I haven’t a very big selection pool. This season will be difficult to top. Keeping the talented boys’ team on-point all season and developing a group of volleyball-playing girls into a competitive team, I feel, was career-defining”

➜ His top career cross-country/distance running accomplishment as an athlete: “Tough question, as my high school and college primary events were sprints (50.8-second 400-meter dash at Atwood-Hammond many moons ago). I have run several local 5K events when my knees allow.”

➜ A cross-country/distance coaching accomplishment he’s still hoping to achieve at Arthur-Lovington-Atwood-Hammond: “Our current team at ALAH is quite young, with 90 percent returnees. I hope they continue their development as athletes and young adults and that we can continue to build a running culture here and be relevant in statewide discussions during championship seasons of the future.”