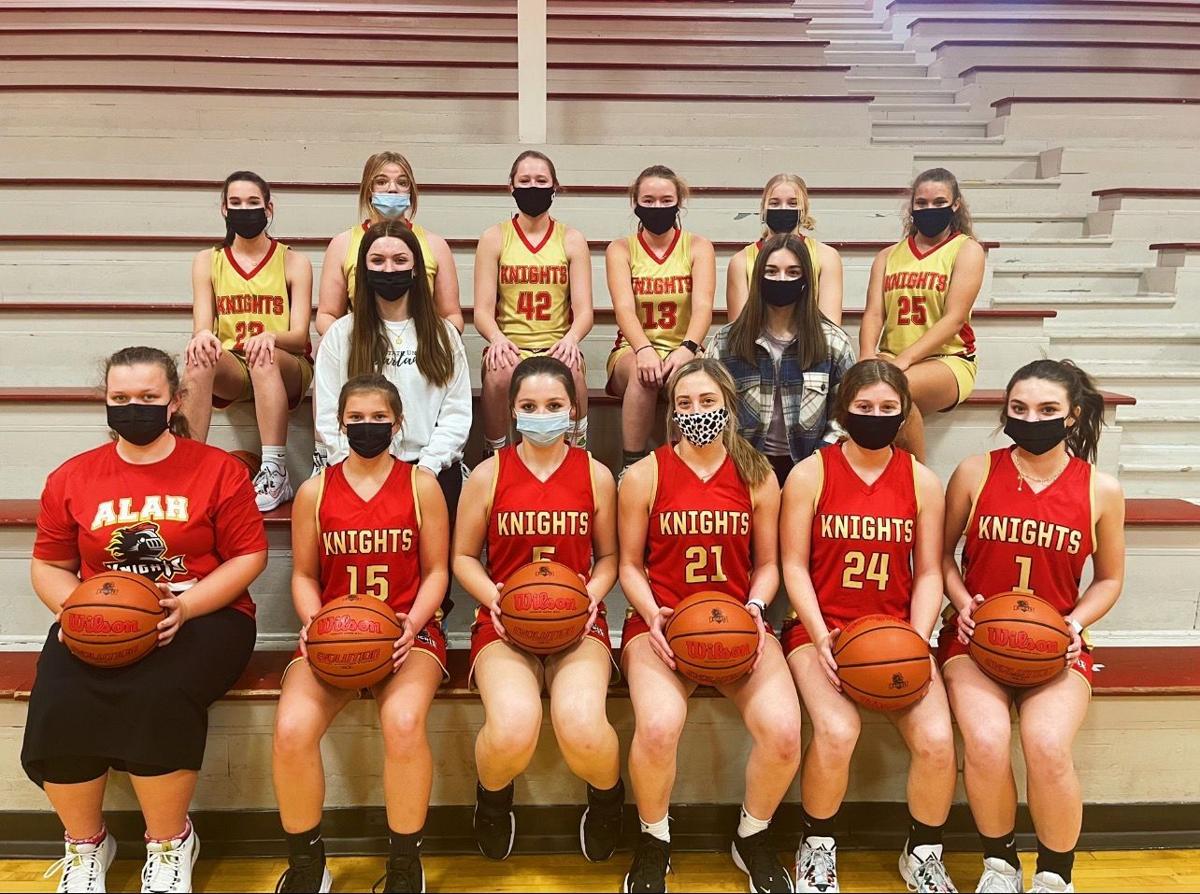 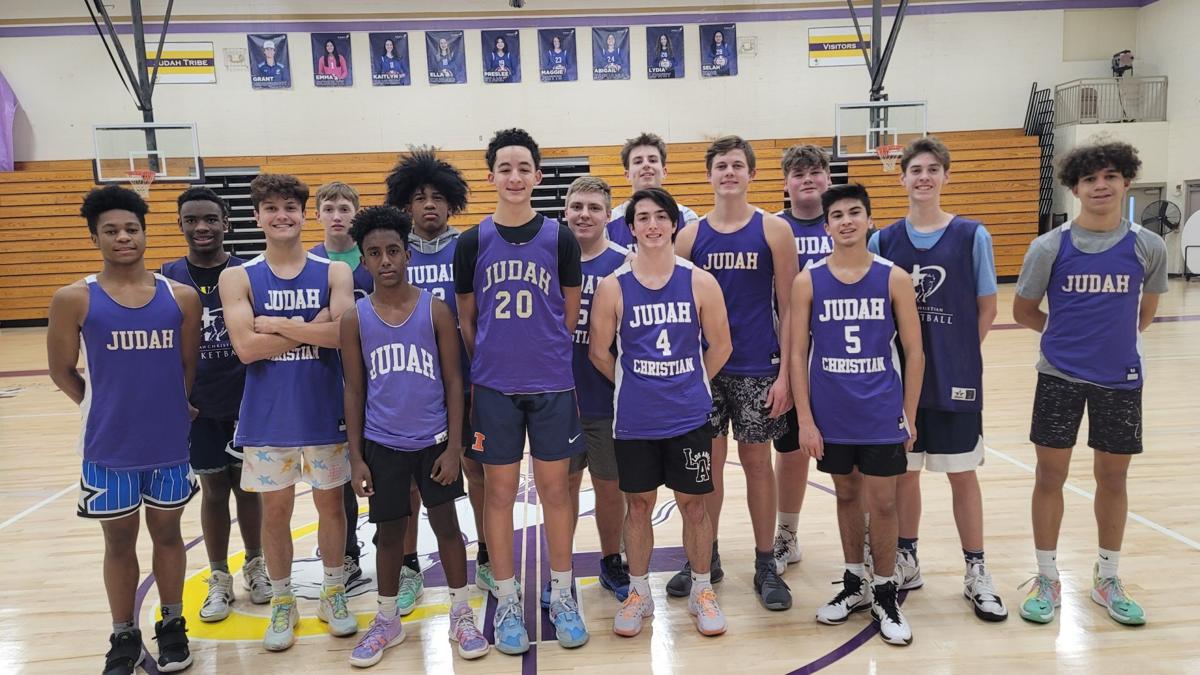 Judah Christian boys’ basketball player Aidyn Beck, No. 20 at center, poses for a photo with his teammates prior to Friday’s practice in Champaign.

Why she’s Athlete of the Week: Seal has been a double-double machine as the Knights have racked up 16 victories in their first 17 games, and the sophomore forward cobbled together another one in Monday’s 59-35 win over Sullivan when she recorded team-highs of 14 points and 12 rebounds. Seal followed that performance with 14 points and nine rebounds during ALAH’s 65-34 triumph over rival Arthur Christian School on Tuesday.

From Seal: “I’ve been playing well, but it all comes down to my point guard. Alexa Miller is always giving me the ball and seeing the ball well. ... As a team coming off last year ranked and going 14-2, we kind of had high hopes we were going to be good this year even though we were losing two key players (Mackenzi Bowles and Makenzie Brown). It’s been a great surprise of how well we have been playing together.”

I need tickets to see ... the Olympics. I’d really like to see the gymnastics portion. I think Simone Biles is a great athlete, and she’s done huge things for women’s sports, and I think she’s really cool to watch.

One movie I could watch over and over is ... “Step Brothers.” Even though I know what’s going to happen, it brings me to a laugh every time.

If I could choose one superpower, it would be ... to produce unlimited money. That way it’d help people who need things and I could buy other things.

The social media platform I use most is ... TikTok. People are most active on it, and I like to watch different videos and can get a wide variety of things to watch.

My biggest pet peeve is ... when people don’t try or don’t apply themselves.

My favorite basketball memory is ... in seventh grade we went to state, and that was a really cool experience. In our sectional game, we were down 15 points in the third quarter and came back and won in overtime.

My most embarrassing basketball memory is ... just recently I was going for a layup and I tripped on a girl’s foot and fell. I got a bruise across my nose, but it’s OK.

Before a game ... I usually watch JV, and at away games I’ll sometimes get popcorn. While I get dressed we like to talk or sing, and that kind of relaxes me. Then Coach (Mac) Condill comes in and talks to us, and that’s when I get serious.

In five years, I see myself ... going to college and studying forensic anthropology. I’m looking at Michigan State.

Why he’s Athlete of the Week: The Tribe needed a spark in its first game since Dec. 7 when it faced Uni High on Tuesday. Beck, a freshman forward, provided just that, swishing three first-half three-pointers and adding another in the second half on his way to 26 points. Beck’s output helped Judah hold off Uni High 88-68 in a game that was tied at 42 at halftime.

From Beck: “It really put my confidence up and just boosted the whole team’s confidence when they know they can trust me and I can trust them. ... We had all been chatting about how we want to get back to playing and wanted to play in the (BSN Classic, which Judah had to withdraw from last month). We were pumped and ready to get back on the floor.”

I need tickets to see ... an Atlanta Hawks game. I really like Trae Young and the way he plays.

One movie I could watch over and over is ... “Uncle Drew.” It’s just a funny movie and it’s about basketball, and me and all my friends love it. Most of the time when we’re with each other we watch that.

If I could choose one superpower, it would be ... to fly. I’d never been on a roller coaster until the summer of 2021, and it’s just so cool being up there in the air. You get to see everything.

The social media platform I use most is ... Instagram. That’s the only one my parents let me have.

My biggest pet peeve is ... chewing with your mouth open.

My favorite basketball memory is ... last summer, it was my birthday weekend and I was playing on my dad’s under-17 AAU team. We scored 100 points in our first game of the day, and we went on to win the (event) championship that day.

My most embarrassing basketball memory is ... in seventh grade, in the first round of regionals at Jefferson Middle School, we played Mahomet and I missed the game-winner in the corner and was so devastated.

Before a game ... I’ll probably eat something before the game and turn on some music and just start warming up.

After a game ... recently whenever we win at home the team and the student section usually go to Culver’s to eat.

In five years, I see myself ... playing college basketball — anywhere, to be honest.