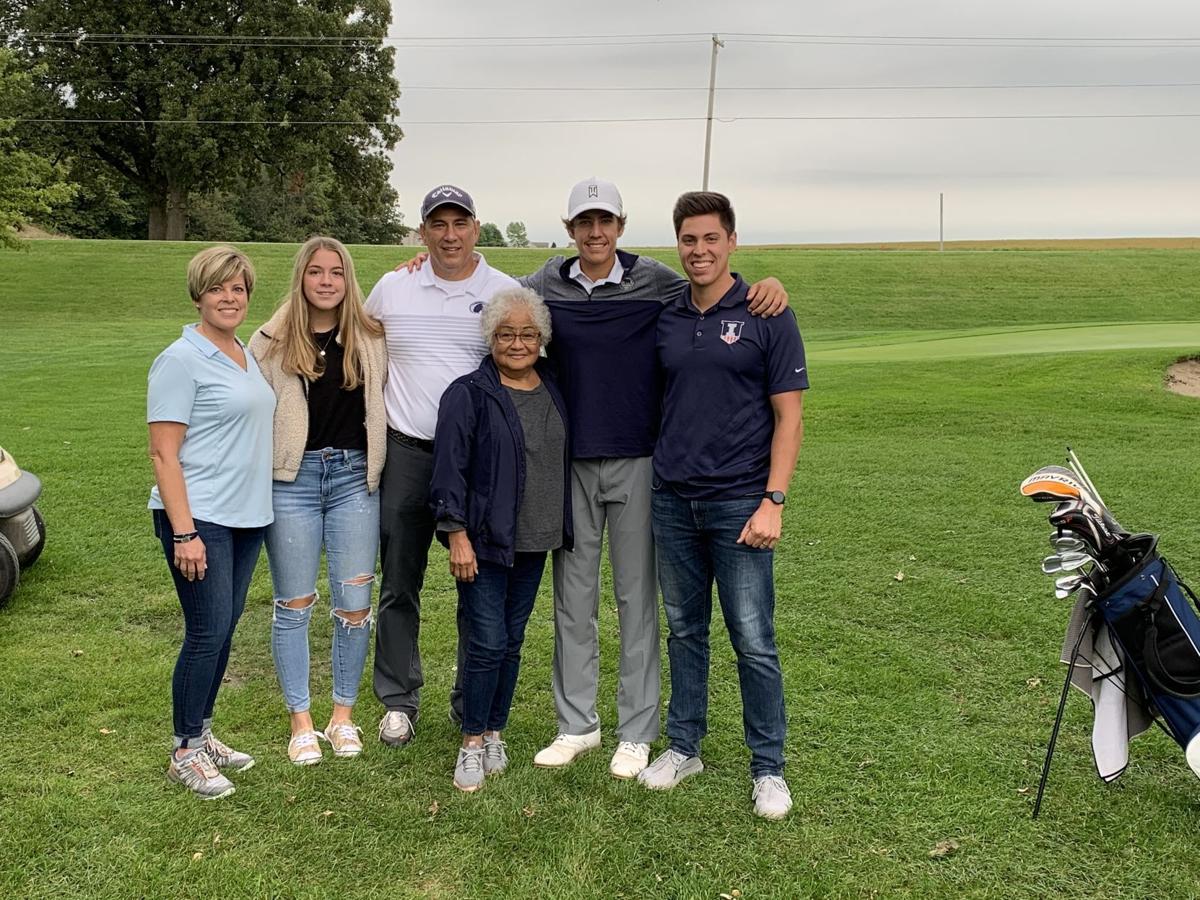 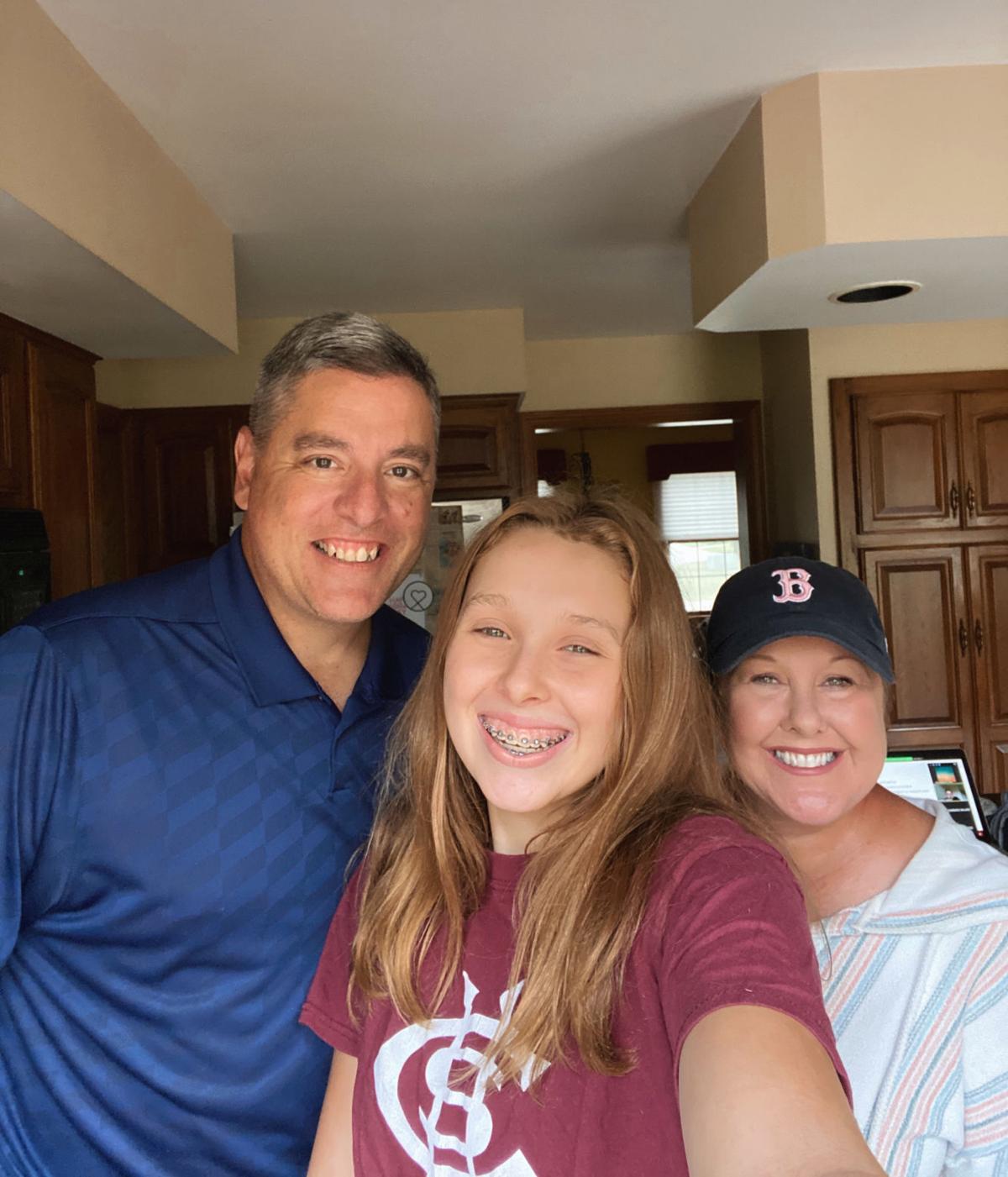 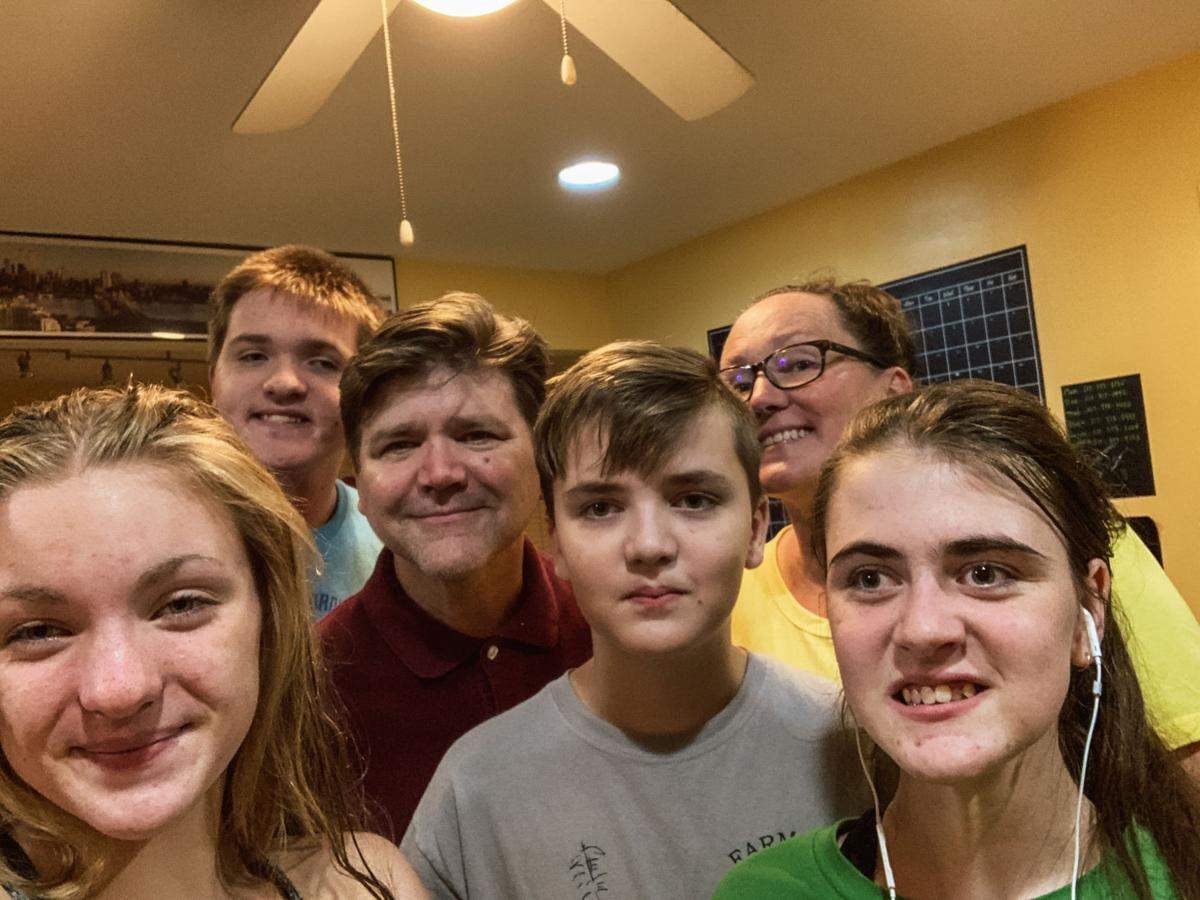 Champaign Central swimmer Olivia Terry, left, with her family in Champaign on Friday.

Champaign Central swimmer Olivia Terry, left, with her family in Champaign on Friday.

➜ From Cook: “Individually, I’m actually really happy. Last year my times were a bit off, and this year they’re right where I want them to be. ... It’s been very interesting without the fans there (because of COVID-19 pandemic restrictions), but I think our team is really good for that. We’re still allowed — and everyone has masks on — to go to the end of the lane to cheer for everyone.”

➜ From Terry: “It’s gone pretty well for the team in general. I think we’ve all done really well. ... It’s just the team’s energy and support and things like that (that have made me go faster), and everyone being there for each other.”

➜ Cook needs tickets to see ... an NCAA basketball championship game. It’s always a tradition in my family to fill out brackets, and usually I’m the winner. So I love to see those teams perform, and hopefully Illinois will be somewhere in there this year.

➜ One TV show Terry could watch over and over is ... “Supergirl” on Netflix. I’ve always liked superheros and things like that.

➜ If Cook could choose one superpower, it would be ... invisibility, so I could go around and not really have to worry about how I look every day, but also so I could blend in and hear all the inside information.

➜ The social media platform Terry uses most is ... Snapchat, to talk to people.

➜ Terry’s favorite swimming memory is ... a couple of years ago, when I was like 11, when I first started (swimming) and I made it to state for the first time. It was one of the times I realized I could actually be good at something and do well.

➜ Cook’s most embarrassing swimming memory is ... disqualifying a relay. That’s pretty embarrassing when you go early and the whole relay gets disqualified.

➜ Before a meet, Terry will ... watch some TV and try not to think about it a lot because then you get worried and stressed, and that’s not good.

➜ After a meet, Cook will ... go out to eat somewhere. I probably don’t get the healthiest food. And I always make sure to thank my coaches and talk to the team, to tell everyone how good their races were. And then I sleep a lot.

➜ In five years, Terry sees herself ... hopefully in college, swimming and working toward whatever I want to do as a job.

➜ Why he’s Athlete of the Week: The senior has stepped up as a go-to medalist for the Hawks, especially in recent events. Dunahee shot a field-best 37 at Fairbury’s Indian Creek Golf Course during a dual win over Gibson City-Melvin-Sibley, contributed a medalist score of even-par 36 at Rantoul’s Brookhill Golf Course in a team triumph over Rantoul/Paxton-Buckley-Loda and carded a 2-under 34 during a senior night matchup with Olympia at Indian Creek.

➜ From Dunahee: “My short game has been a lot better those past two matches. I’ve kind of had a different mindset going into it that it’s kind of more about the short game, because most of your shots are from 100 yards in if you think about it. Anybody can hit it off the tee. ... It matters how you get it to the hole and on the green.”

➜ I need tickets to see ... the Masters. I’ve been to a couple golf tournaments — the PGA Championship and the John Deere Classic — and I just want to go to something bigger.

➜ One TV show I could watch over and over is ... “The Office.” I’ve been watching it for probably five years now, and I’ve watched it tens of times. It just never gets old.

➜ If I could choose one superpower, it would be ... flying. I feel like it’d be cool to fly.

➜ The social media platform I use most is ... Snapchat. I just talk to my friends all the time on it.

➜ My biggest pet peeve is ... not knowing my schedule for the day.

➜ My favorite golf memory is ... winning regionals my sophomore year. It was my first-ever tournament win.

➜ My most embarrassing golf memory is ... one time I shanked the ball, and I hit one of my teammates in the leg.

➜ Before an event ... I usually listen to the “No Laying Up” podcast one hour before and then while I’m warming up.

➜ After an event ... I usually call my brother or my dad if they’re not there.

➜ In five years ... I’m not really sure where I see myself, but I know I plan on doing real estate after college.