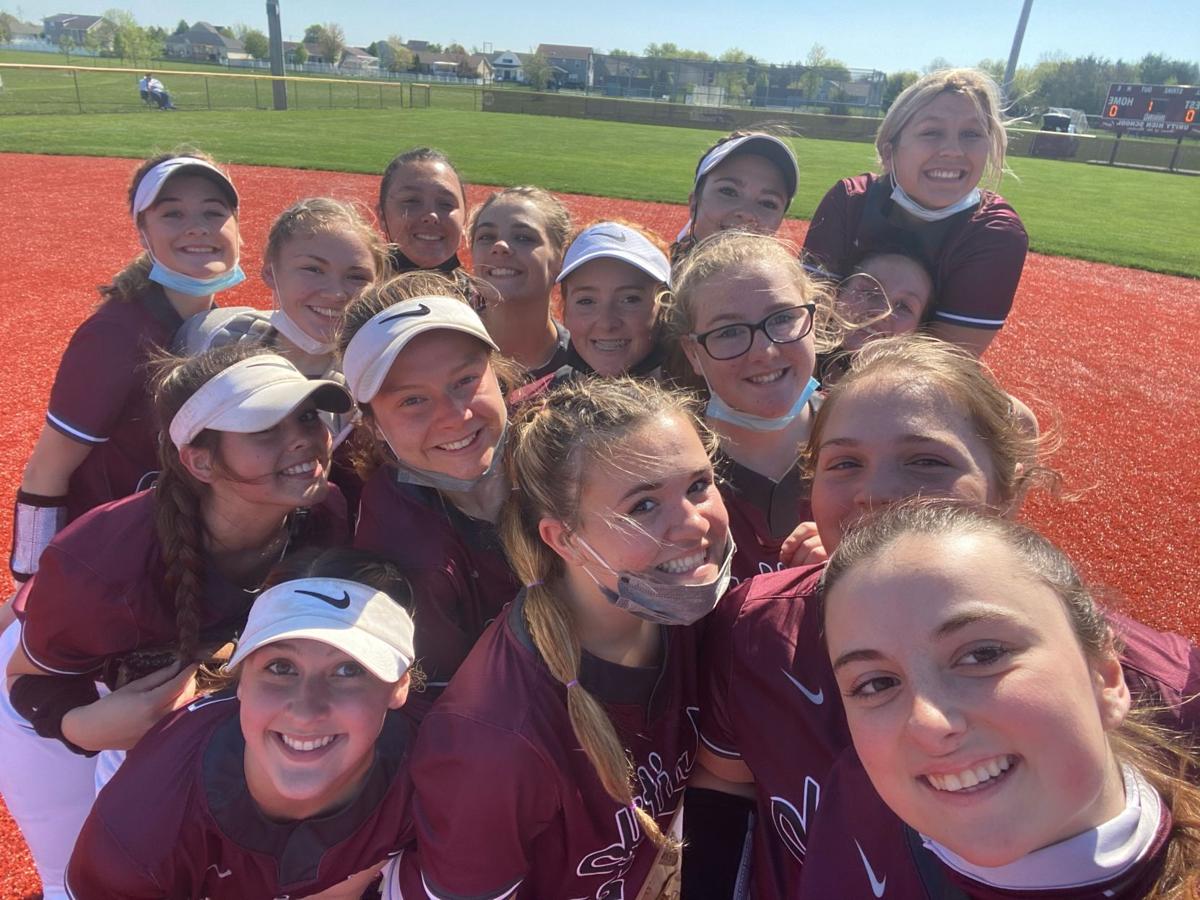 Unity softball player Taylor Henry, bottom right, poses for a photo with teammates after Friday’s game against Paris in Tolono. 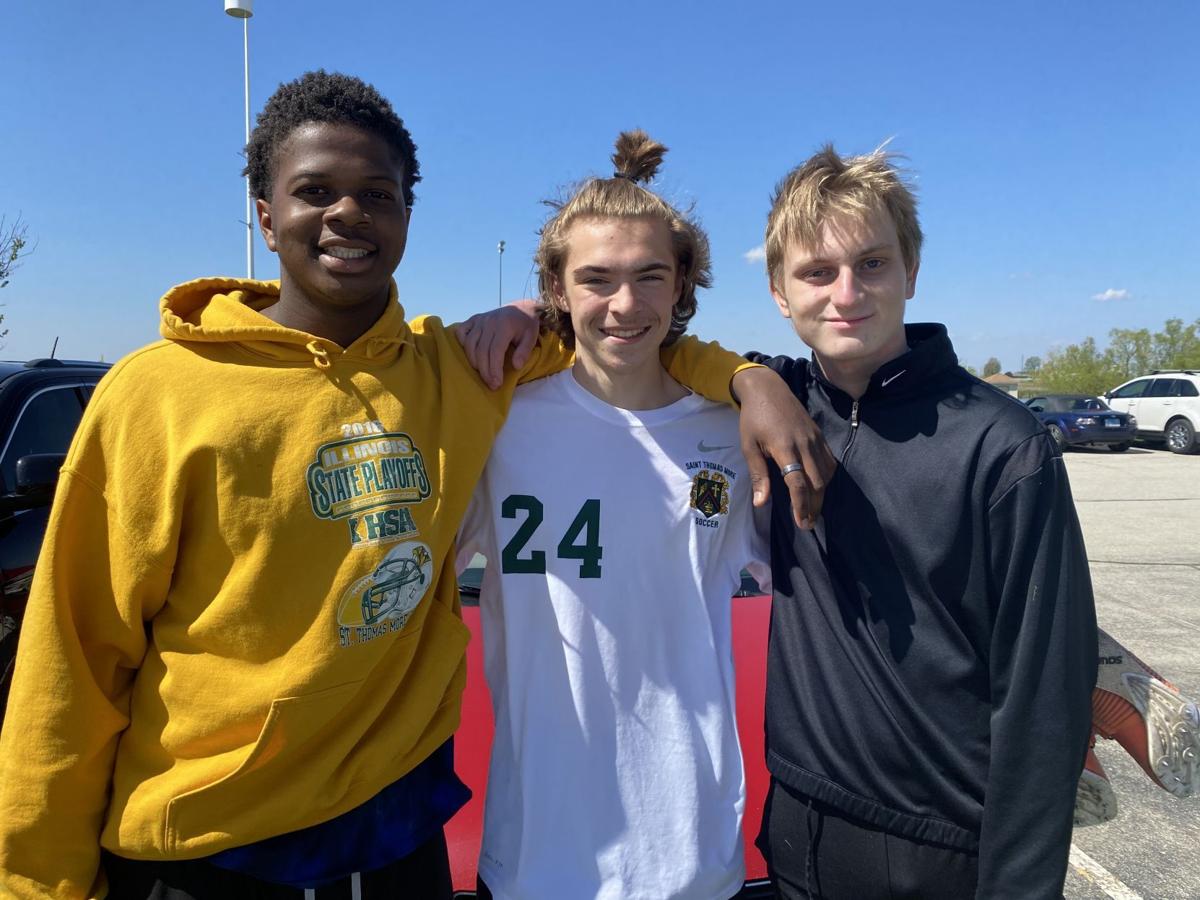 Unity softball player Taylor Henry, bottom right, poses for a photo with teammates after Friday’s game against Paris in Tolono.

Why she’s Athlete of the Week: Though only a freshman at the time, Henry played a big role in the Rockets’ 2019 Class 2A regional championship win. Now a junior, Henry already has shown she hasn’t missed a beat despite the 2020 season’s cancellation. She tossed a complete game and drove in two runs in a win against Mt. Zion, threw a complete-game three-hitter with 13 strikeouts against Rantoul and drove in the game-winning run during a home walk-off victory against Paris.

From Henry: “It means everything to me (to play), especially with us competing as a whole because we lost three of our biggest players because they were seniors last year. It’s really important to us we get to play together again. ... I’m feeling good about my pitching right now. I know my hitting will come along, but my pitching’s doing what I want it to.”

She needs tickets to see ... a Cubs game. Javier Baez is my favorite player of all time.

One movie she could watch over and over is ... “Scream.” It’s just a funny movie to me, and it’s more of a scary but funny thing to watch.

If she could choose one super power, it would be ... to read minds. I think it’d be cool.

The social media platform she uses most is ... Snapchat because it’s the way this generation talks now.

Her biggest pet peeve is ... when people lie.

Her favorite softball memory is ... beating St. Joe my freshman year. Not only was it because they’re our rivals, but it was just a big game. We knew we were all going to score, and it’s the first time we’ve won in years to them.

Her most embarrassing softball memory is ... forgetting my glove on the way to a game. My mom bought me a new one (before the game).

Before a game ... my mom usually braids my hair, and we just talk about the game.

In five years, she sees herself ... playing college softball.

Why he’s Athlete of the Week: The sophomore wasted no time proving he’s a force to be reckoned with in the local boys’ long-jump scene. Fresh off an abbreviated boys’ soccer season, Cabott set a new STM school record with a leap of 22 feet, 21/2 inches in a triangular with Champaign Central and Champaign Academy High, placing first in the event and — as of Friday afternoon — ranking first in all of Class 1A.

From Craft: “I was shocked (at my jump). I thought they weren’t reading it right until they read it multiple times. I was like, ‘Wow.’ I scratched my first two jumps. On one of my jumps, my feet got caught. But after that, the third jump went how I wanted it to. ... It’s a good starting point. I’m only going to go up. I’ll work every day (moving forward) on everything from speed to technique, to my takeoff and landing.”

He needs tickets to see ... Rolling Loud. It’s probably the most popular concert I know of.

One movie he could watch over and over is ... “Captain Ron.” I’ve seen it quite a bit.

If he could choose one super power, it would be ... flying so I could get places quicker and more efficiently

The social media platform he uses most is ... Snapchat. It’s just how I communicate with most of my friends.

His favorite track and field memory is ... meeting my coach in fifth grade, George Washington at St. Malachy in Rantoul. He coached me through eight grade. He was really shy at the beginning, but then he opened up to me and became one of my closest friends.

His most embarrassing track and field memory is ... scratching at IESA state. That was pretty bad.

Before a meet ... I like to stretch out quite a bit, because I’m usually pretty sore and have pretty bad joints.

After a meet ... I just try to rest up and be ready for practice the next day.

Unity coaches Tony Reetz and Patrick Striegel guided their programs in 12-team meets last week, something that may've seemed impossible at the beginning of the calendar year.