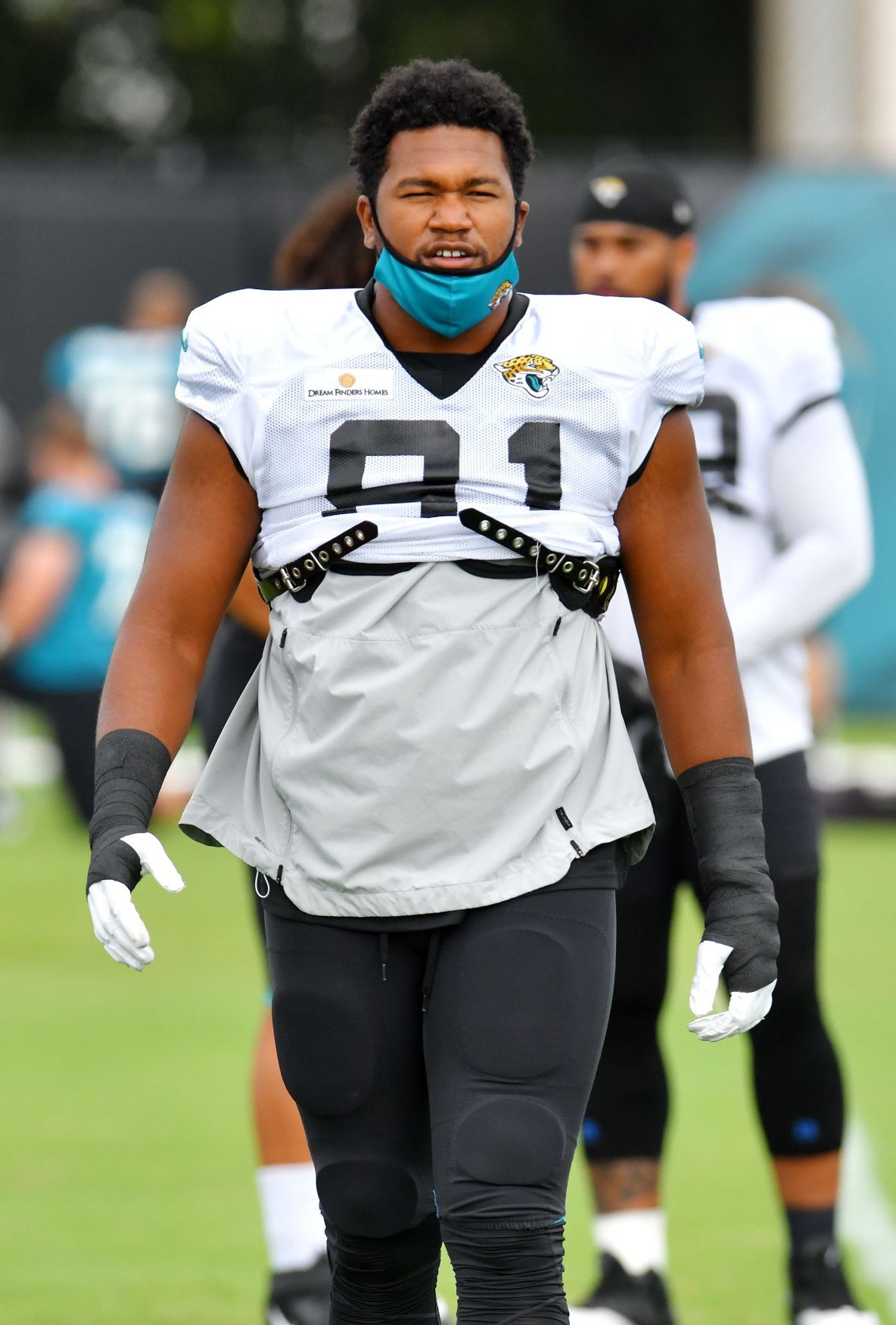 Former Illini Dawuane Smoot is entering his fifth season with the Jaguars. 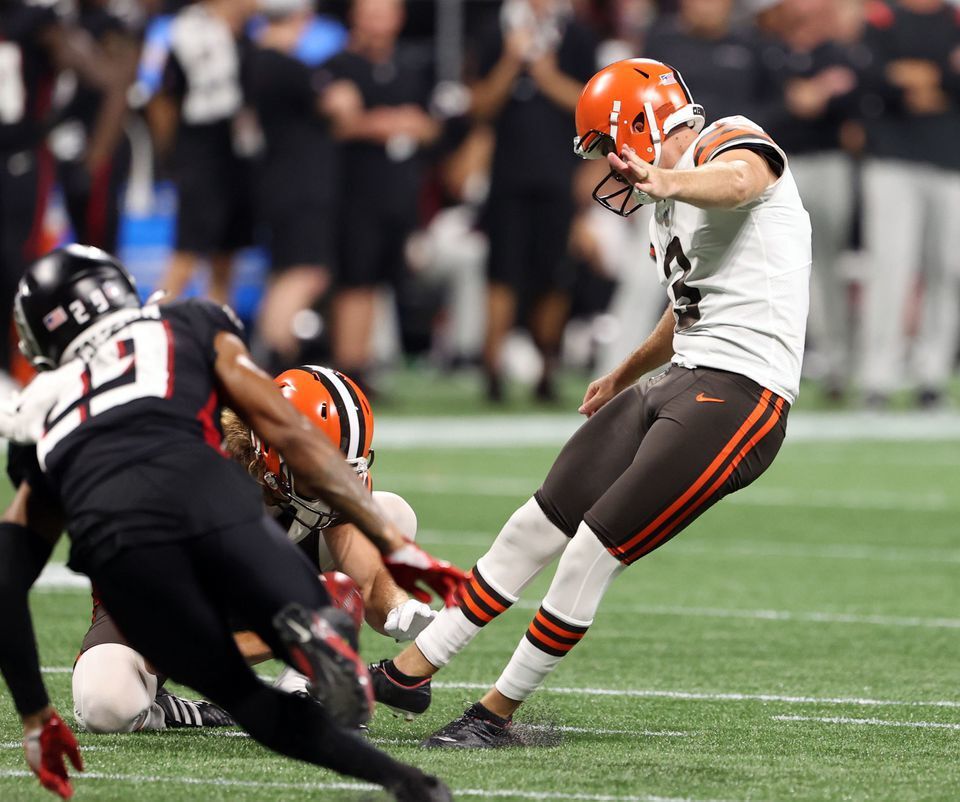 Former Illini kicker Chase McLaughlin will start the season with the Browns, his sixth NFL team. 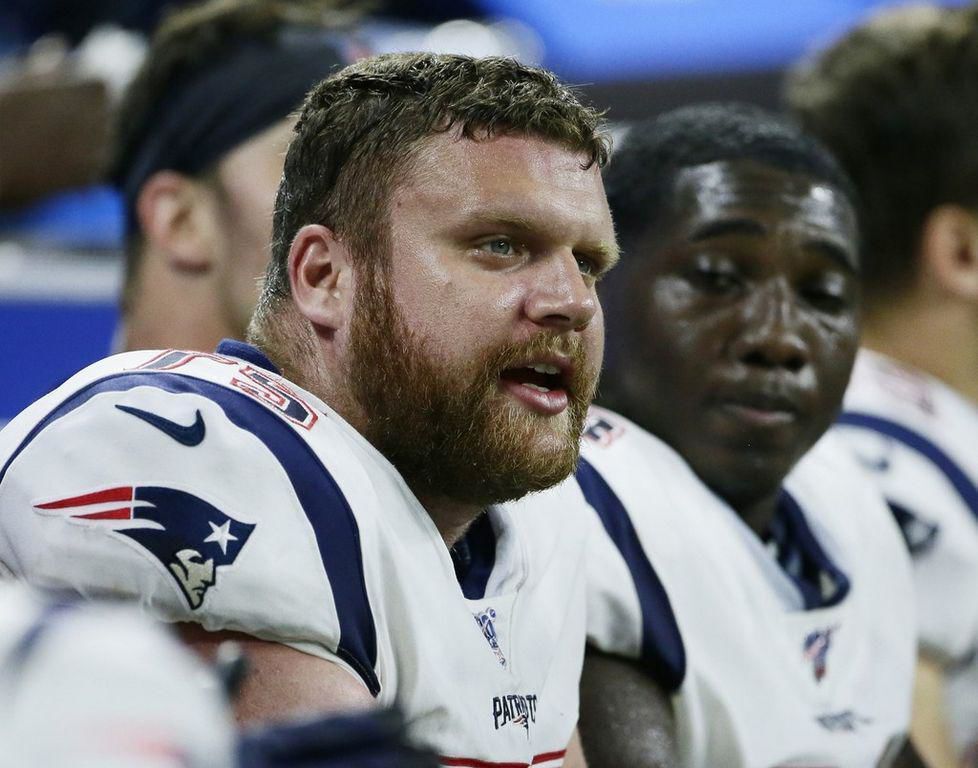 Former Illini Ted Karras is back for his second stint with the Patriots this season. 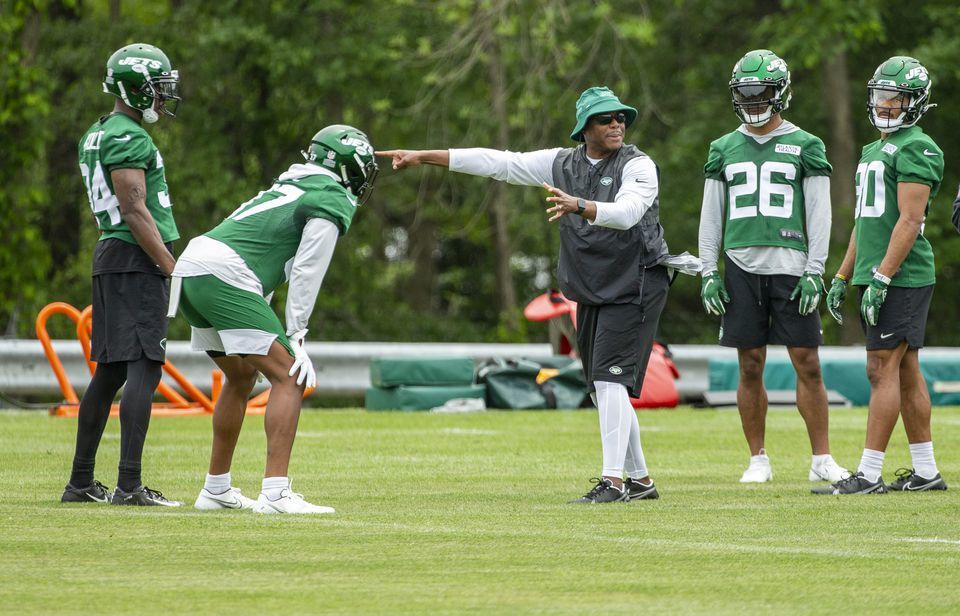 Defensive back Justin Hardee, left, has caught on quickly with the New York Jets as the former Illini was named a team captain on Wednesday. Hardee and the Jets kick off their season at noon on Sunday against the Panthers in Charlotte, N.C.

Former Illini Dawuane Smoot is entering his fifth season with the Jaguars.

Former Illini kicker Chase McLaughlin will start the season with the Browns, his sixth NFL team.

Former Illini Ted Karras is back for his second stint with the Patriots this season.

Defensive back Justin Hardee, left, has caught on quickly with the New York Jets as the former Illini was named a team captain on Wednesday. Hardee and the Jets kick off their season at noon on Sunday against the Panthers in Charlotte, N.C.

The eyes of the NFL world were on the defending champion Tampa Bay Buccaneers on Thursday night as Tom Brady and Co. kicked off the 102nd NFL season by defeating the Dallas Cowboys. N-G sports copy editor Joe Vozzelli Jr. highlights the 12 former Illini and one former area standout who have earned a spot on an NFL 53-man roster:

➜ The third-year pro and former Illini offensive lineman knows nothing but going to the Super Bowl. The Frankfort native, after all, was part of back-to-back AFC championship teams, making nine starts in 23 regular-season games played during his first two seasons with Andy Reid’s Kansas City team. He started in Super Bowl LV, but the Chiefs revamped their offensive line this offseason, so he’ll likely have to earn playing time in 2021.

➜ The 28-year-old former Illini safety has carved out a niche in the NFL by being a reliable special teams player. He’s now in his second season in Miami after a 2020 season that saw Fejedelem compile 10 tackles in 13 games with the Dolphins. He was also named a team captain earlier this week.

➜ The third-round pick in this year’s draft will be wearing Maurkice Pouncey’s old number — No. 53 — in 2021, as he aims to emulate the three-time First-Team All-Pro center after Pouncey retired this offseason. Green is projected to make his first NFL start at center on Sunday after playing primarily guard for the Illini, with the Peoria native snapping the ball to likely Hall of Famer Ben Roethlisberger in the twilight of his career.

➜ The former wide receiver at Illinois turned cornerback and special teams guru in the NFL is already making an impression with his new team. After four seasons with the Saints, the 27-year-old signed a three-year, $5.25 million contract with the Jets this offseason, and Jets first-year coach Robert Saleh named Hardee a team captain on Wednesday.

➜ A 2021 fifth-round pick, the former Illini cornerback has ascended to the top of the depth chart. He’s expected to earn his first NFL start at nickel corner on Monday night after logging 57 preseason snaps at cornerback — 30 in the slot and 27 outside — and receiving a Pro Football Focus grade of 90.7, the highest mark by any non-2021 first-rounder in the preseason.

➜ The 28-year-old former Illini offensive lineman knows Foxborough like the back of his hand. And the AFC East for that matter. After a one-year hiatus in Miami, Karras returned to New England this offseason on a one-year deal, where he spent the first four seasons of his NFL career — and won two Super Bowls. He could get the chance to start at center against his old team, snapping the ball to rookie quarterback Mac Jones in Jones’ first NFL start.

➜ The former Illini kicker has moved around a lot during his NFL career, but perhaps the 25-year-old has found a home in Cleveland. The Browns — who are McLaughlin’s sixth team in three NFL seasons — named him their Week 1 starter on Monday. He has made 22 of 28 field goals and 31 of 32 extra points in his NFL career.

➜ The last time Mercilus played as a defensive end, he was a junior on Ron Zook’s Illinois football team in 2011. Ten years later, Mercilus has shifted from outside linebacker — where he played for nine seasons in Houston — to a three-point stance while playing on the line in first-year Texans defensive coordinator — and former Illini coach — Lovie Smith’s scheme.

➜ The former Danville High School standout had one of the top plays of the preseason in catching an 80-yard pass from rookie Trey Lance on the first-round quarterback’s first drive with San Francisco. Sherfield is in his first year with the 49ers after three productive seasons as a special-teams gunner for division rival Arizona.

➜ The fifth-year pro and former Illini defensive end is a fan of the city of Jacksonville. Smoot — who dropped 10 pounds in the offseason — signed a two-year, $14 million contract on March 15 to stay in Jacksonville. Smoot is coming off his most productive season, totaling 24 tackles and 51/2 sacks for the Jaguars in 2020.

➜ The former Illini wide receiver — now in his fourth NFL season and second with the Cowboys — is on injured reserve with a foot injury he suffered during a preseason game against the Cardinals on Aug. 13. Turner, who played in six games last year, is not eligible to return from the IR until the Cowboys’ matchup against Carolina in Week 4.

➜ The 10-year NFL veteran spent 2019 with the Lions and 2020 with the Colts, but the 31-year-old former Illini safety inked a one-year, $1.125 million deal with the 49ers in the offseason. Wilson starts the season as the backup to strong safety Jaquiski Tartt.

➜ The 27-year-old and former Illinois defensive lineman left Baltimore this offseason to join the Jaguars on a one-year, $2.5-million deal. Defensive coordinator Joe Cullen said Ward will play inside on passing downs and outside in the base package for Jacksonville’s defensive front this season after he compiled 16 tackles and three sacks in 10 games last season with the Ravens.