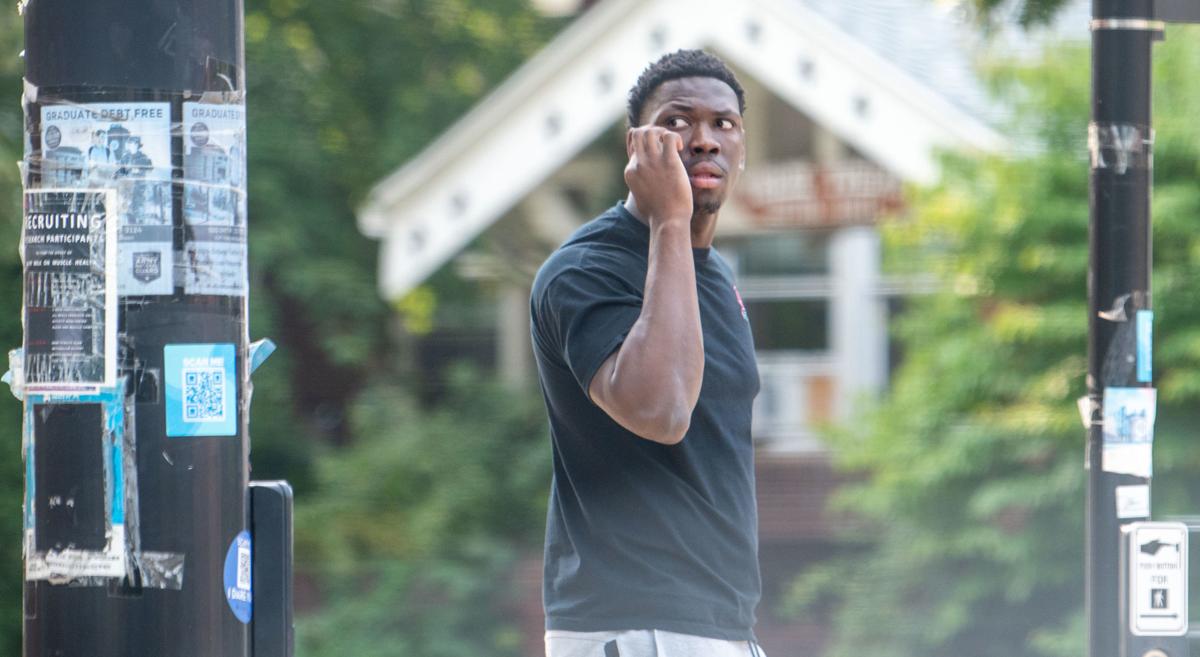 Kofi Cockburn at the intersection of Fourth and John in Champaign on Tuesday, July 20, 2021. 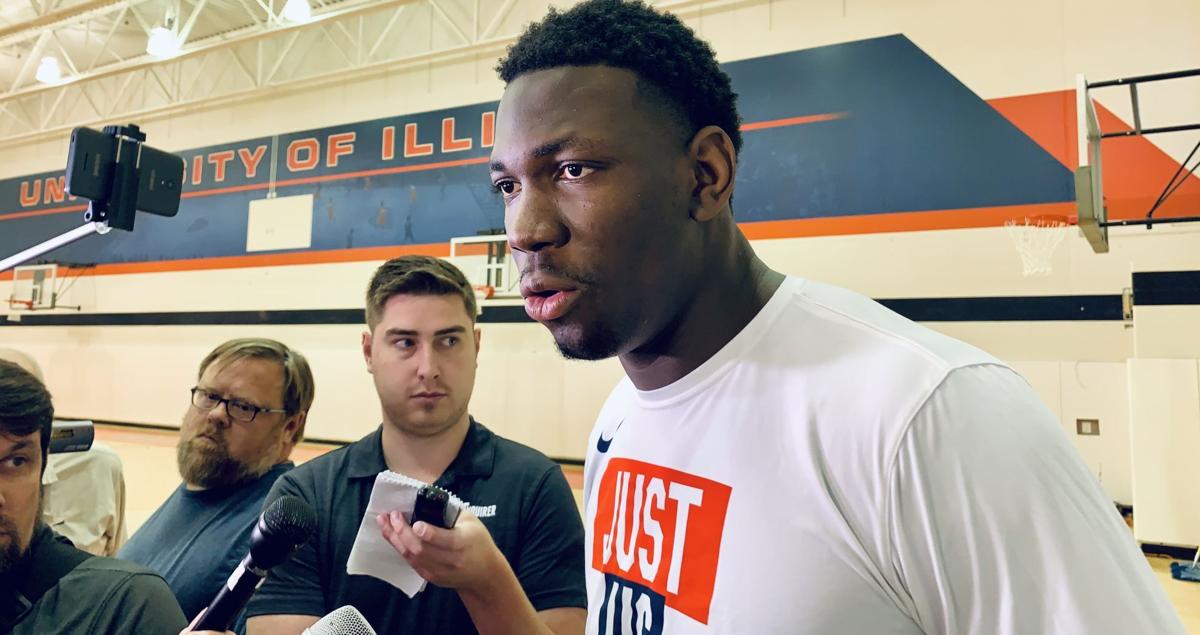 Kofi Cockburn at the intersection of Fourth and John in Champaign on Tuesday, July 20, 2021.

CHAMPAIGN — Kofi Cockburn tried to play it cool Wednesday morning when he showed up at Ubben Basketball Complex.

The Illinois junior center had arrived back in Champaign the day before. Then it was time to go to work. Wednesday morning was his first workout with his teammates after announcing at the end of last week he would return for the 2021-22 season.

Playing it cool, though, lasted about as long as it took Cockburn to walk into the building.

“Once I got through those doors, I got so pumped,” Cockburn said Wednesday at Ubben. “I felt a bunch of energy just swirling through my body. I was out on the court for the first time in a long time with them, and I was just so excited. I was ready to go. I loved it.”

Cockburn’s decision to return to Illinois altered the landscape of college basketball for the 2021-22 season. The 7-foot, 285-pound center is now thrust into the conversation for preseason All-America status and potential national player of the year.

Coming to that decision — pushing back his NBA dream one more year — ultimately didn’t prove too difficult. Cockburn knew what the pre-draft process was like, having gone through a slimmed down version of it a year prior, because of the COVID-19 pandemic. Even with some positive feedback from NBA organizations, though, he wasn’t going to push through a hasty decision.

“It was a really good process for me, mentally, being able to acknowledge this is what I need to do and this is where I could go,” Cockburn said. “It’s basically an ego check. You’ve got to check your ego sometimes and know this may not be the best decision for you, and you could put yourself in a way better situation. Take your time. It’s a slow grind.

“All the teams told me I’m ready to play right now with my size and God-given ability, but I don’t want to settle for that. I want to be great. I want to keep growing my game. If I can grow my game and get picked higher, so be it.”

But Cockburn’s return to Illinois isn’t just about improving his game. Showing his ability and willingness as a passer.

Flashing a high-IQ approach in making the right reads and right plays with the ball in his hands.

A third season in Champaign was also a legacy play for Cockburn.

The Kingston, Jamaica, native will eventually have his No. 21 jersey raised to the State Farm Center rafters.

The opportunity to build on that legacy after withdrawing from the NBA draft and at least entering the transfer portal to keep some options open was meaningful.

“It means the world,” Cockburn said. “It’s rare a kid gets to leave his legacy like that. To know that my jersey will be in the rafters for a very long time, and even when I pass people are going to come and see that jersey and go, ‘That’s Kofi Cockburn. He did something special here,’ that’s incredible.

“I’m building my legacy right now, and another year at Illinois is going to give me the opportunity to go above and beyond. … I figured this is a once-in-a-lifetime opportunity, and I’m going to take advantage of it. I’m going to come back, get better as much as possible and just roll with these guys.”

Cockburn got the chance to see what a third year of college basketball meant for Ayo Dosunmu.

The now-former Illinois guard eschewed the NBA draft to play for the Illini in 2020-21 and wound up a consensus first-team All-American and the Bob Cousy Award winner as the nation’s best point guard.

“It’s about being humble and trusting your game and not rushing things,” Cockburn said. “I heard a lot of stories about guys who rushed things and put themselves in bad situations. I want to put myself in a good situation, where I can be successful and help grow my game for a long time. I gave myself that chance.”

Cockburn has already progressed from Big Ten Freshman of the Year to consensus second-team All-American in his time at Illinois. The potential for more in 2021-22, Illini coach Brad Underwood said, would only add to the career Cockburn has carved out for himself in Champaign.

“One of the things that’s all going to be different for us in basketball is having a place to call home and having a place to come back,” Underwood said, referencing the rise in player movement with the transfer portal. “We know how former greats here are revered. Kofi’s jersey will hang in the rafters here as an All-American. He’s going to be a national player of the year probably frontrunner, to be honest, and probably should be.

“I think he truly loves Illinois, he loves our fans, and he’s a wonderful human being and not just a wonderful player. When you put that together and start looking at it, it becomes a pretty positive big picture. Kofi’s a very intelligent kid and saw that. He knows we’re going to be very good, and we’re going to continue to work to expand his game in different areas as well.”

Helping Cockburn’s development will be a more normal summer of offseason workouts.

Illinois didn’t get on the court together as a team until September of last season because of the pandemic. That meant player development took something of a backseat in favor of preparing for the season.

“As much as he improved — and he improved greatly — there’s certain areas in terms of short rolls, dribble handoffs and shooting jump shots that were really negated from us because of our inability to work,” Underwood said. “I’ve said it many times: Kofi is knee deep in his talent pool. He’s very gifted. He’s very talented. Those are all things that will be easy adjustments for him with just a little bit of work.”