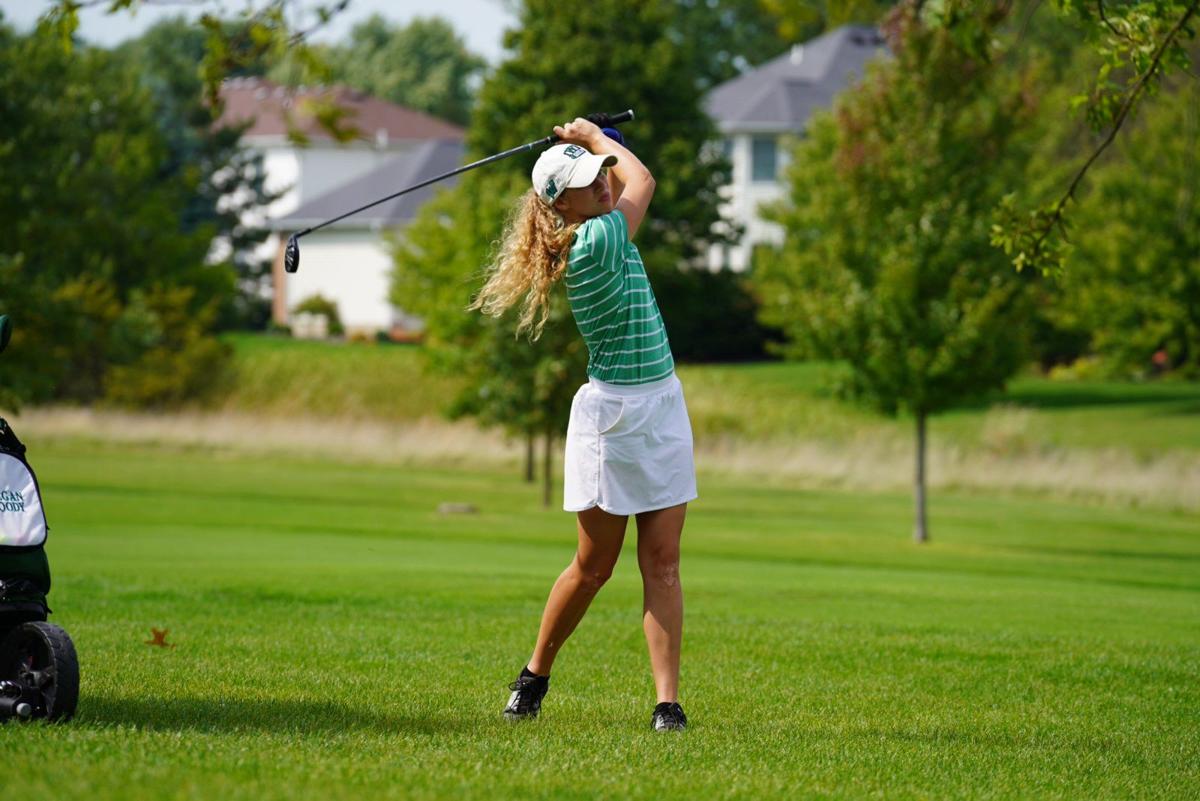 Megan Moody, a 2019 Gibson City-Melvin-Sibley graduate, will have her upcoming college golf season at Illinois Wesleyan affected this fall because of the coronavirus pandemic 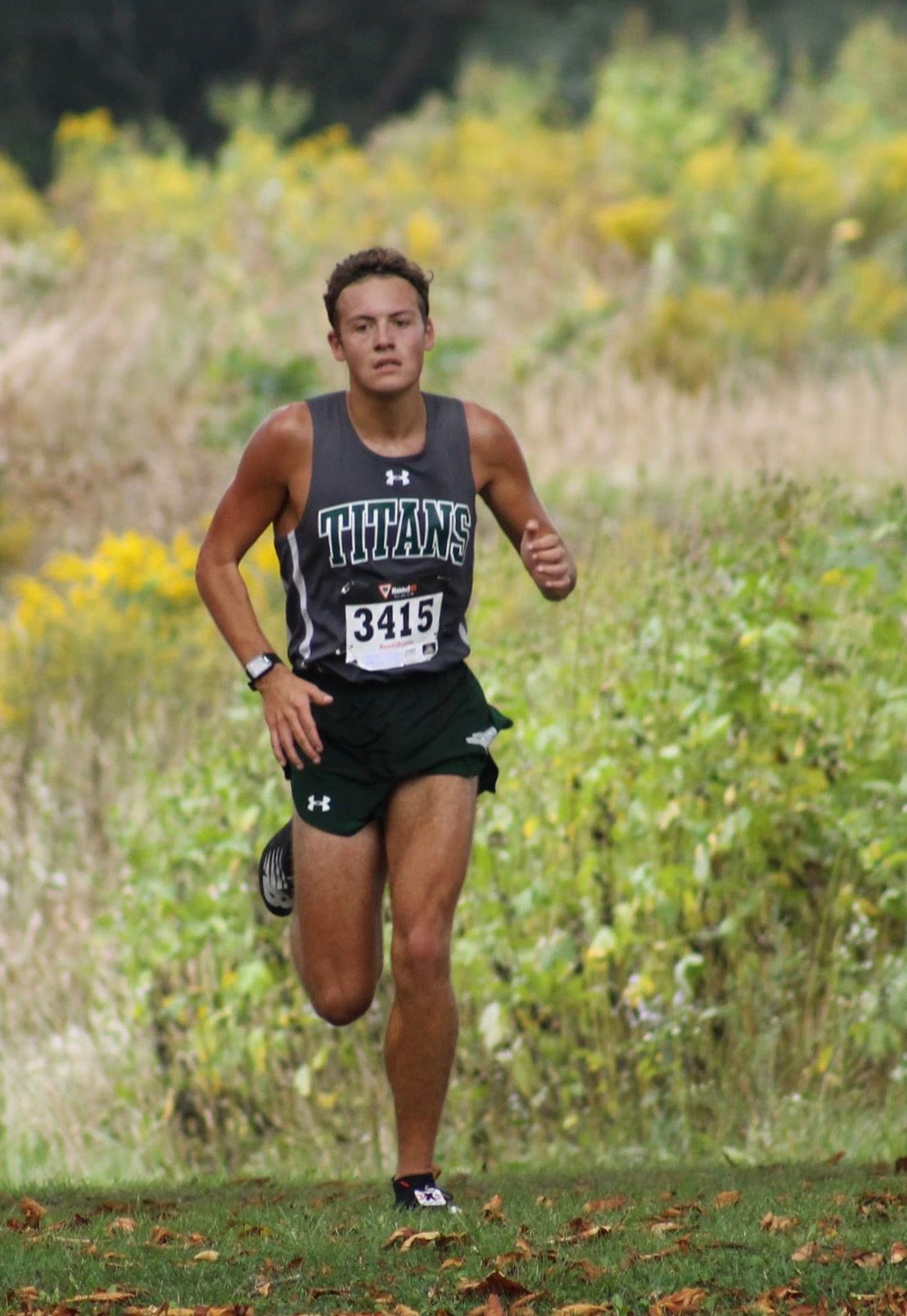 Megan Moody, a 2019 Gibson City-Melvin-Sibley graduate, will have her upcoming college golf season at Illinois Wesleyan affected this fall because of the coronavirus pandemic

Officials of five college conferences containing an Illinois-based school announced Monday they would postpone some or all of their 2020 fall sports schedules, the latest athletics-related change in the ongoing COVID-19 pandemic.

League officials’ decisions range from postponement of all activities through Dec. 31 (Midwest and NACC) to postponement of all fall sports until a planned/desired spring schedule (CCIW) to postponement of sports involving more physical contact between athletes — such as football, volleyball and soccer — while allowing competitors in sports like cross-country, golf and tennis to continue their work in some fashion (GLVC and SLIAC).

“We actually found out a couple days ago. Our coach let us know, just a heads up it was coming,” said Braden Snyder, a 2019 Monticello graduate and quarterback of the Sages’ Class 3A state championship team in 2018 who is now on the Millikin football team that is part of the CCIW. “It sucks (fall football is) not happening, but at the same time, it’s nice it’s not completely canceled.”

Little to no surprise was expressed among the former local prep stars who spoke with The News-Gazette on Monday about the decisions made.

Seeing other D-II and D-III leagues rearrange their own schedules put the writing on the wall, they said.

“My teammates and I were talking in the previous weeks and we kind of saw it coming, so we weren’t too bamboozled by it,” said J.D. Barrett, a 2019 Tuscola alumnus who is now competing in distance running at Illinois Wesleyan in the CCIW. “What catapulted it was when the University of Chicago and (Washington University in St. Louis) canceled their fall sports last week. That’s when we were like, ‘Probably not going to happen.’”

Megan Moody, a 2019 Gibson City-Melvin-Sibley graduate, now golfs at Illinois Wesleyan. The CCIW’s announcement on Monday indicated its women’s golf championships are moving to the spring along with those of women’s tennis — the only two sports which received this explicit mention.

“It definitely gives me more hope for my season,” Moody said. “I’m disappointed in the decision to postpone the sports, but I also understand that it’s the right decision for the coaches and athletes and everyone involved.”

Nick Gunn, a 2020 Champaign Central graduate who’s now with the Illinois Wesleyan football program, had his final high school tennis season with the Maroons wiped out last spring because of the pandemic. Now, his first year of college athletics has been put on hold, too.

“I kind of remember watching it evolve, the pandemic ... (and) tennis got canceled, and it was disappointing because it was my last year,” Gunn said. “I kind of feel that way (again), especially for the seniors at Wesleyan, too.”

Both Snyder and Barrett mentioned the chance of retaining a semester of eligibility because of this change to 2020 fall sports. Even if that is permitted, this is another athletic season that won’t be contested as scheduled because of the pandemic.

“It’s pretty frustrating not being able to compete, especially when it’s something that you love to do,” said Raef Burke, a 2020 Westville graduate now a quarterback with Illinois Wesleyan football. “But right now I definitely look at it as a way of developing myself to be ready for college.”

Barrett hinted to a different sort of frustration: That all of the CCIW’s fall sports were given a “broad strokes” treatment instead of being assessed by physical contact involved within them when it came time to determine a postponement strategy.

“It’s easier to social distance in a cross-country race or a golf competition,” Barrett said. “One option our conference was considering was inter-conference play, and to me, that was better than this.”

Gunn said he’s been following news reports about COVID-19 vaccine production and has drawn the conclusion it’d be “very hard” for fall sports to happen in the spring.

“The number one reason, of course, why they postponed is for safety and uncertainty, and I just think they came to a decision a season wasn’t applicable in the fall,” Gunn said. “Even if a vaccine does come out in the fall, distribution is always a huge problem. That could easily take months more to widely distribute it and make sure everything’s safe and (we can) somewhat return to normality.”