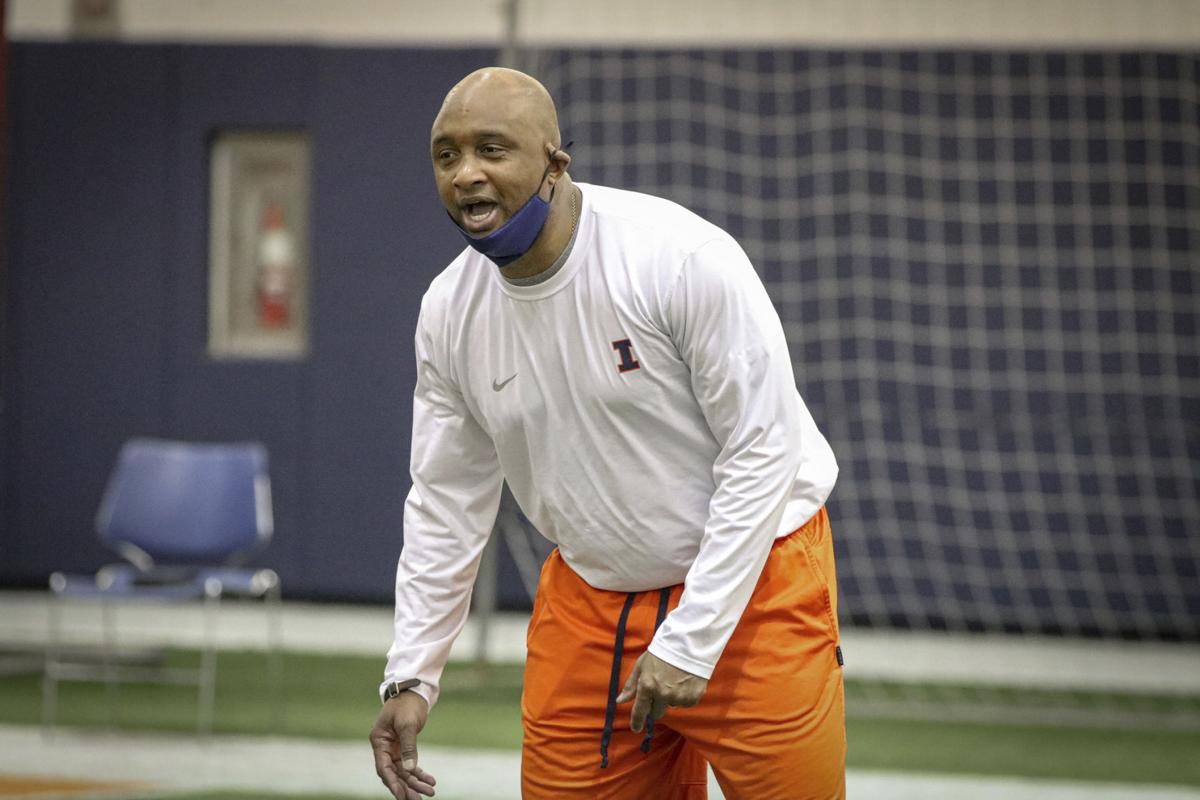 Illinois receivers coach George McDonald provides instruction at a Feb. 23 practice in Champaign. McDonald said during a recent Zoom call that he’s pleased with what he’s seen from his position group so far. 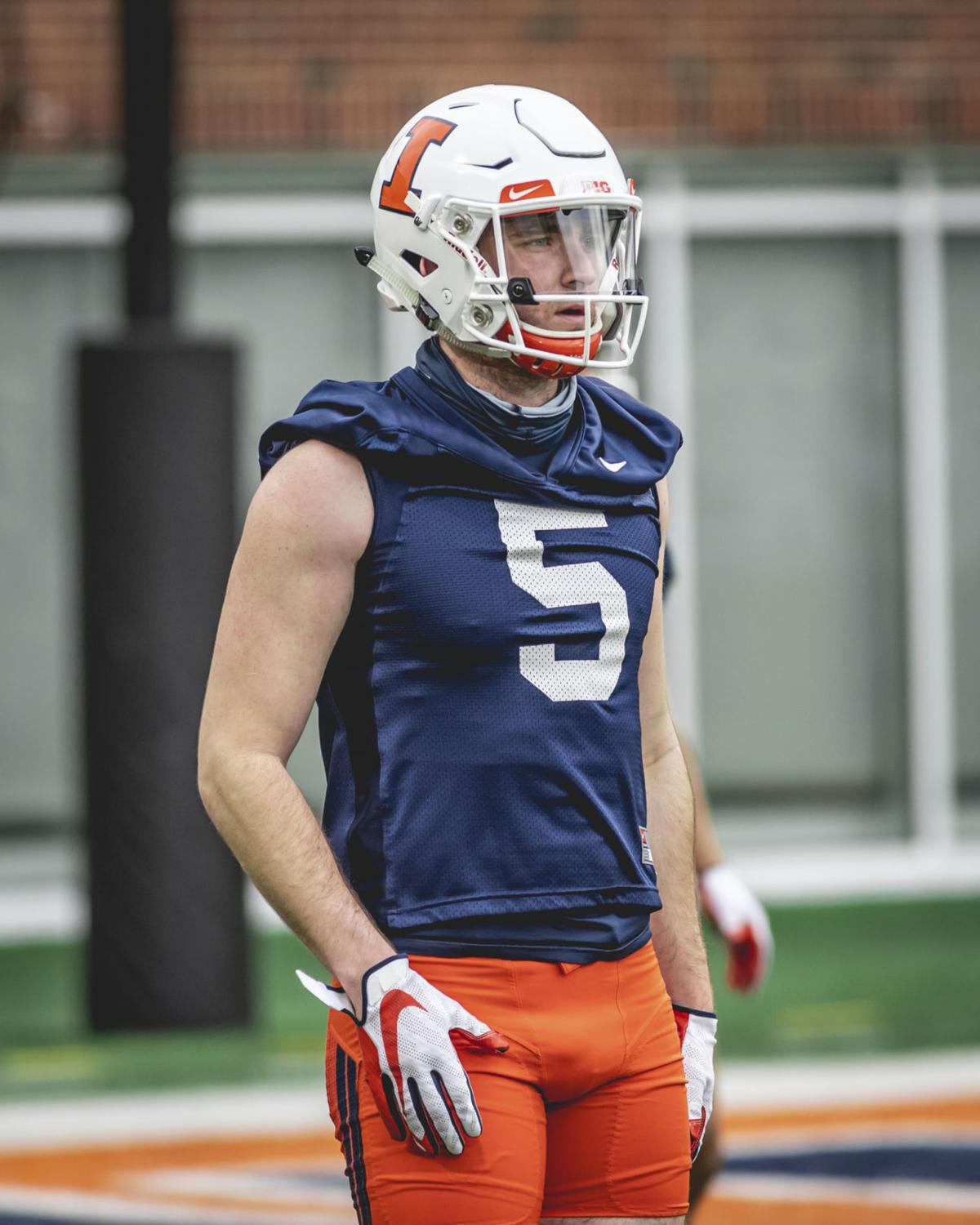 Illinois receivers coach George McDonald provides instruction at a Feb. 23 practice in Champaign. McDonald said during a recent Zoom call that he’s pleased with what he’s seen from his position group so far.

“Monday night was short,” the Illini receivers coach and assistant head coach said Friday during a Zoom media session. “I woke up at 3:30. I woke up like, where’s my whistle at?”

Once McDonald actually arrived at Memorial Stadium — in which coach Bret Bielema said he hopes to conduct all of the team’s spring practices — he was greeted by more than simple excitement.

An Illinois football athlete himself between 1994 and 1998, McDonald began recalling various memories from his playing career.

“The first thing I thought about was Steve Willis. That’s a friend of mine, rest his soul,” McDonald said. Willis died in 1998, and the two were teammates and classmates at Illinois.

“I thought about Asim Pleas and Danny Clark, when they were on scout team and they’re down there getting us hyped up for games and stuff like that,” McDonald continued. “So it was just a rush of emotions that was kind of odd because I had never really felt it.”

Those feelings, McDonald said, propel him to coach the current Illini to the best of his ability.

“I want to help us get to where we want to go,” McDonald said. “I understand the history, the experiences from being on that turf.”

The sophomore kicker is listed on the 2021 Illini roster as PK/WR, versus merely in his special teams capacity.

“(Team chief of staff) Mark Taurisani, he’s the one who gave me the courage to go ask Coach Bielema about it,” McDonald said. “We were doing the morning conditioning and stations, and (Griffin) was beating everybody. He’s long, he’s athletic (and) he has really good speed.”

With his interest piqued, McDonald questioned Griffin about his pass-catching abilities. So Griffin filmed himself running routes and sent the footage to McDonald.

“He looked really good,” McDonald said. “I was like, alright, I can sleep better at night.”

McDonald’s receivers room will need to make up for the departures of Josh Imatorbhebhe and Casey Washington, not to mention tight end Daniel Imatorbhebhe.

McDonald had plenty of names to throw out when asked who’s impressed him early in spring ball.

Four individuals on that list caught at least one pass apiece last season, led by Hightower’s 11 and Navarro’s eight.

“The more we can play as a collective group, the better we’re going to be,” McDonald said. “I don’t think we necessarily have to have one superstar receiver.”