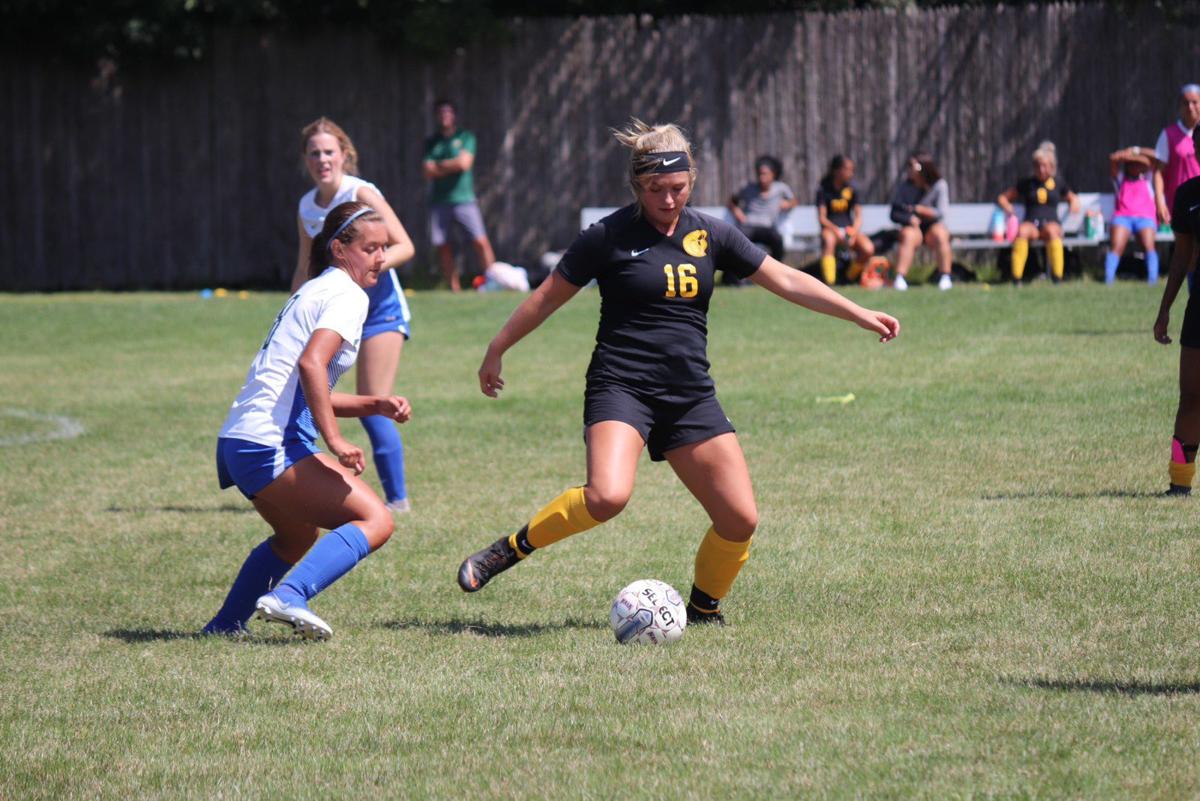 Parkland women’s soccer player Maddy Wade, right, seen during a match in the 2019 season. Wade is a 2019 Mahomet-Seymour graduate. 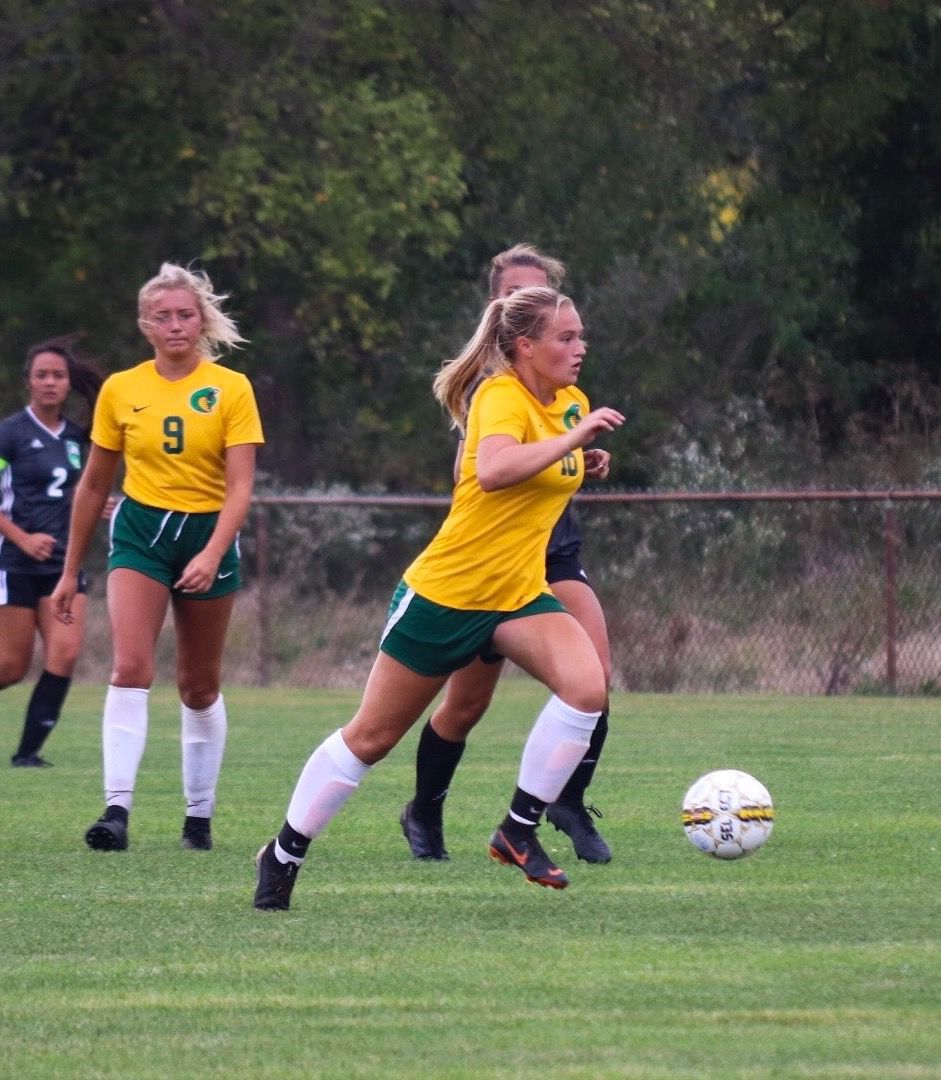 Parkland women’s soccer player Maddy Wade, seen during a match in the 2019 season, is among those affected by Monday’s NJCAA announcement regarding rescheduling of 2020-21 fall and winter sports.

Parkland women’s soccer player Maddy Wade, right, seen during a match in the 2019 season. Wade is a 2019 Mahomet-Seymour graduate.

Parkland women’s soccer player Maddy Wade, seen during a match in the 2019 season, is among those affected by Monday’s NJCAA announcement regarding rescheduling of 2020-21 fall and winter sports.

College athletes always are required to adapt to new circumstances, even in the most typical of times. The ongoing COVID-19 pandemic is atypical as can be. But it’s given college competitors at various levels great training in the field of preparing for anything.

“Anything,” junior-college athletes across the nation learned Monday, meant the significant shuffling of NJCAA sports schedules for the 2020-21 school year.

NJCAA officials announced that close-contact fall sports — football, volleyball, men’s soccer and women’s soccer — will be contested in the spring semester, with all winter sports now slated to begin in January.

“I was kind of shocked, honestly, and really bummed out,” said Maddy Wade, a Parkland College women’s soccer sophomore who graduated from Mahomet-Seymour in 2019. “I’ve been training really hard all summer. We just got an awesome new coach (James Johnson) and a lot of new recruits. I was super excited to get started here in August.”

“But I kind of figured it wasn’t going to be normal,” Brandon said of Parkland’s 2020 volleyball campaign. “I didn’t see how we would be able to safely travel very far and stay in hotels and get in big gatherings to play all these different teams. ... I’m just glad they didn’t completely cancel all the seasons and they just moved it.”

Kennedy Bauer, a 2019 Watseka graduate, finds herself in an unenviable situation at Springfield’s Lincoln Land Community College because of the NJCAA’s schedule shuffling.

Bauer played both volleyball and women’s basketball as a JUCO freshman last school year. But with both ventures now slated to begin their seasons in early 2021, Bauer said she’ll be forced to pick one sport or the other for her sophomore year.

“This is really tough for me because I love both sports the same, and I created a really good bond with teammates on both teams,” said Bauer, who added that she anticipates needing to make her choice by the beginning of next month. “Now I’m having to drop one and potentially never get to play that sport competitively again, and that’s really difficult for me to think about.”

Taylor Powell, a 2019 Arthur-Lovington-Atwood-Hammond product, has completed one season of volleyball at Kaskaskia College in Centralia. A News-Gazette All-Area volleyball first-team pick as a senior, Powell is taking in stride this latest news about her athletic career.

“With this extra time that I have, I feel like that’s just going to give me more time to prep, more time to get stronger — more time for everything,” Powell said. “Yes, it’s a little bit of a bummer that I’m going to be out of volleyball and off the court a little longer. ... It’s definitely the longest I’ve gone without being on the court.”

But that covers the extent of her volleyball interactions since the United States entered its pandemic in mid-March. It’s an unusual feeling for the 2019 N-G All-Area volleyball first-teamer.

“It was really weird for me,” Brandon said. “We went from seeing each other every day, spending hours together in the gym, to no contact at all except through the phone. ... It’s always volleyball all the time.”

Wade, the 2019 N-G All-Area girls’ soccer Player of the Year, isn’t back at Parkland just yet. And she harbors plenty of questions about when and how her international teammates — Cobras women’s soccer boasts four athletes with a hometown outside the U.S. — can return to JUCO action.

“The reality of it is they’re not going to be able to come back for the season, so that’s pretty upsetting,” Wade said, “just because they’re not allowing flights right now to and from the States if you live outside of the States. So that’s kind of sad.”

Wade on Tuesday morning was less than 12 hours from learning the next steps Parkland women’s soccer will take to prepare for its adjusted 2020-21 season, anticipating an 8 p.m. Zoom call covering the topic.

She was geared up for an Aug. 1 start of team operations before Monday’s news. Not anymore.

“I know we’re going to be able to start practices Aug. 15,” Wade said. “For now, we’ll work with what we’ve got, practice a couple days a week and do some team-bonding events to stay in touch with each other.”

Powell, however, detailed to The News-Gazette a specific outline not only for Kaskaskia volleyball’s first workouts during the pandemic, but also for the 2020-21 season as a whole via an email she received from her coach.

She described the team being permitted 60 consecutive calendar days for practices and scrimmages between Aug. 15 and Nov. 15, with the NJCAA allowing five scrimmages per program. Powell said the email indicated in-season volleyball practices will begin Jan. 11 and matches on Jan. 29, with an allowed maximum of 21 competition dates.

Nothing about this is especially troubling to Powell, who’s spent the pandemic in Centralia working jobs with Southern Illinois Ag Solutions Inc. and Bayer Crop Science in addition to a role at a local gym.

One concern Powell did admit to involves the atmosphere at Kaskaskia volleyball events once they resume.

“I am not looking forward to the fact that there is limited people who can actually be in the gym for games,” Bauer said, “because one of the things that made me fall in love with the game is the atmosphere and the energy from the crowd and everyone around me.”

It’s just another of numerous question marks surrounding how athletics might operate during a worldwide pandemic.

Despite uncertainty and frustration, though, there’s also an understanding that the serious nature of COVID-19 has forced the collective hand of NJCAA officials.

“It makes sense to me,” Brandon said. “COVID-19 is still pretty big out there. ... Moving it to spring gives them a little bit more time to try and figure out COVID and understand it better.”

There are other complications created by the NJCAA’s decision beyond how teams’ schedules look during the 2020-21 school year.

Chief among them is the impact on athletes trying to find their next home after playing sports at a two-year college, with some looking for a spot with a four-year institution.

“We usually have a spring season ... and now this season’s getting pushed back to spring,” Wade said. “I kind of fear that, what if there is another big outbreak and then we won’t be able to have our spring season? And that’ll definitely take a toll on if I want to continue playing.”

NJCAA shuffling creates one extra wrinkle of interest for Wade in particular.

At M-S, she was accustomed to waiting until late winter and early spring for girls’ soccer. Upon arriving at Parkland, her sports calendar centered around the late summer and fall months.

Now, she’ll be back to running up and down the pitch in springtime.

Does she possess a preference?

“I was just thinking about that the other day,” Wade said. “I definitely prefer playing in the fall. I like it a lot. It’s pretty hot when you first start, but I would all day rather play in heat than the cold.”