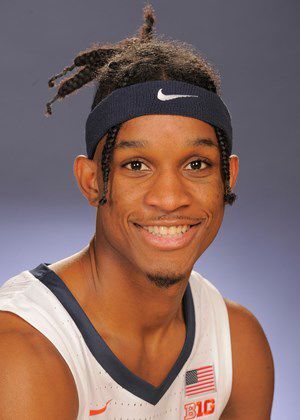 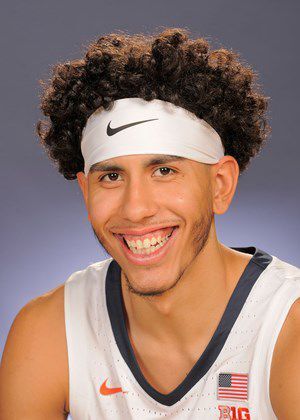 CHAMPAIGN — Trent Frazier was ready for July 1 and the opportunities that could come his way when name, image and likeness legislation was signed into law in the state of Illinois with blanket approval nationwide soon to follow from the NCAA.

The super-senior Illinois guard has inked local deals with companies like Health Alliance, Jarling’s Custard Cup and IMPACT Physical Therapy. Frazier has also launched a signature T-shirt with Gameday Spirit, taken advantage of meet-and-greet opportunities and autograph signings and tapped into more national options with a Cameo profile and a GoPuff deal.

“It kind of blew up,” Frazier said just more than three months after NIL became a reality in college athletics. “I didn’t expect it to happen like this. It’s moving really fast, and I’m very excited. It’s a huge opportunity to put money in my pocket, maybe book some flights for my family to get them here. It’s exciting. I’m going to continue to take full advantage of it and use that opportunity in the best way.”

Frazier said the opportunity to benefit from his name, image and likeness hasn’t been some overwhelmingly life-changing experience.

He appreciates the fact he’s been able to profit from it, but it hasn’t changed what he does.

There’s still classes to attend. Not to mention practices and individual workouts ahead of the coming 2021-22 basketball season.

Continuing to do those things at a high level, Andre Curbelo said, is important to make the most of any NIL opportunity. The sophomore guard announced a partnership with the University of Illinois Community Credit Union on July 1 and has new merchandise dropping Wednesday on his 20th birthday.

The ability to continue to benefit from NIL opportunities is tied to everything else Curbelo and his Illinois teammates do in their time in Champaign.

“I don’t know how it is for my teammates, but in my opinion, I just worry about going out there and taking care of business,” Curbelo said. “I feel like if we all do that and all have that mentality, we’re going to be able to manage all of the expectations of NIL, the fans and everything. When you continue to work and work and work, everything else takes care of itself.

“I’m excited for myself and my teammates. I think it’s a great opportunity for them to showcase who they are and let their image speak by itself. If they come here and take care of business on the court, NIL is always going to be great. That’s what people want. They want people to represent their brand, because they play good.”

Frazier said he’s trying to build his brand the right way with the NIL deals he’s accepted. The exposure generated by those opportunities in the past few month is what Curbelo said has stood out to him the most.

“People are letting us make the money I think we deserve to make,” Curbelo said. “This is pretty close to being a pro. We’ve got to come here and do it every day and people expect a lot from us. … We put so much work in plus we’ve got to go to school. It takes a lot from us to be great.

“I think there’s a lot of pressure. I don’t have pressure, but there may be a lot of pressure for other players. I feel like NIL is a plus — it’s a bonus. It kind of makes us feel good about what we’re doing.”

Frazier and Curbelo have also used their platform to give back. Curbelo participated in a meet-and-greet last week where all proceeds were donated to the Don Moyer Boys & Girls Club — including an appearance fee Curbelo insisted support the group, too. Frazier partnered with the Housing Authority of Champaign County last month to speak with kids in the C-U community.

“I want to not just make money,” Frazier said. “I want to do it in the right way, so I’m partnering with Health Alliance on vaccine stuff and persuading people on that. Going to the youth club and talking to those younger kids in the community. I’m trying to do the little things — my part — and not doing it all for the money. I’m trying to inspire kids to have the opportunity to keep believing in their dreams.

“I always wanted to do something like that, knowing where I come from. I know how hard it is growing up in certain communities where you don’t have these type of opportunities. To continue to inspire kids to continue to believe in their dreams is important.”