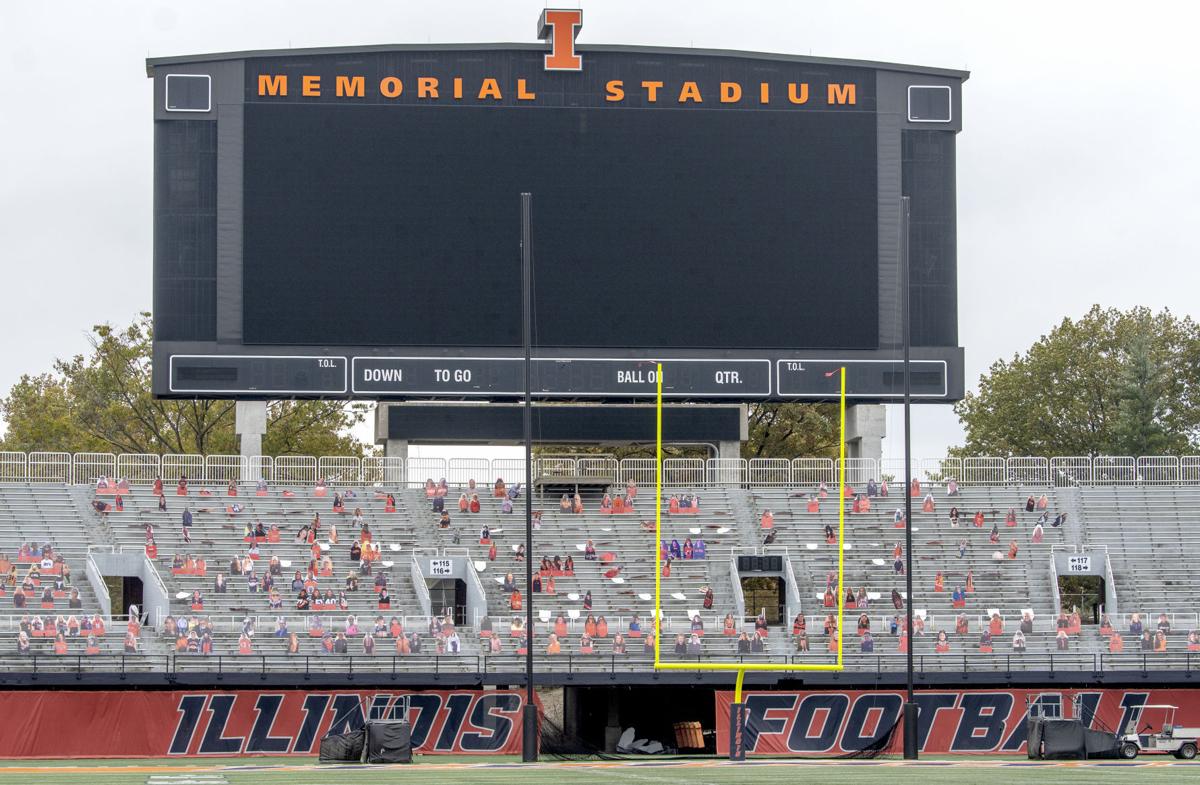 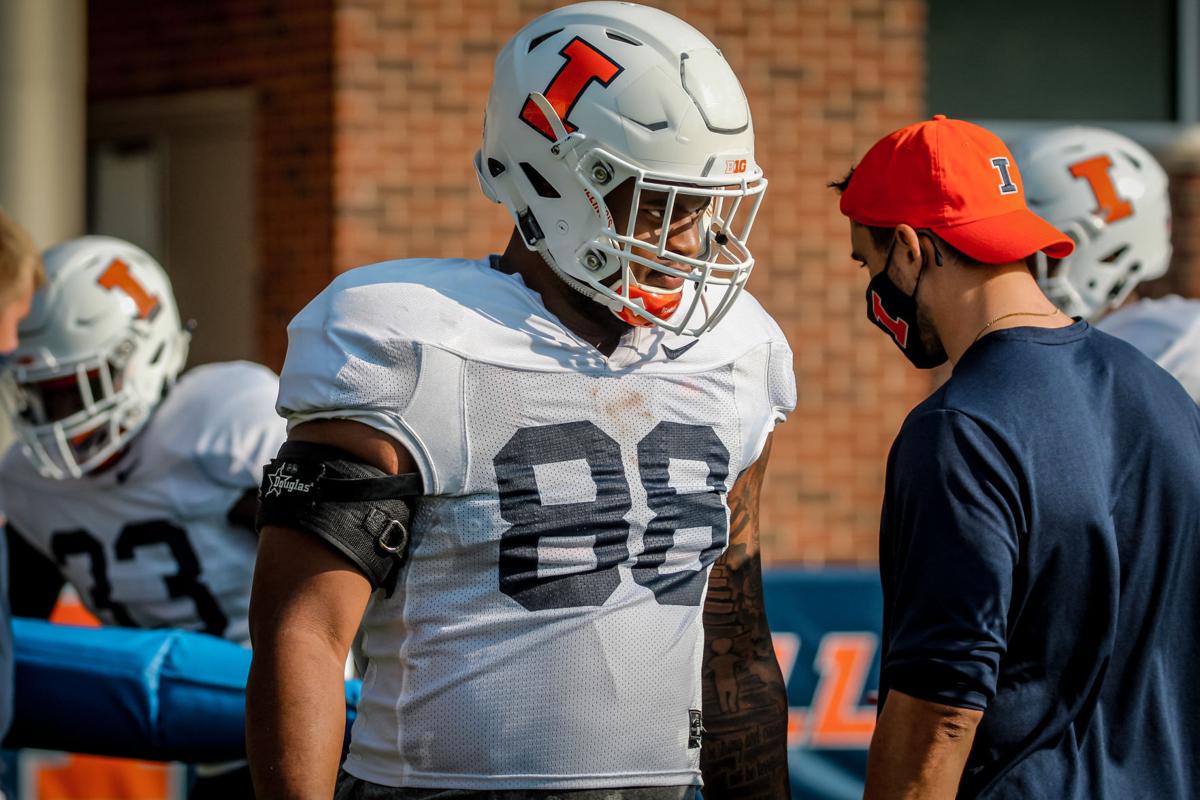 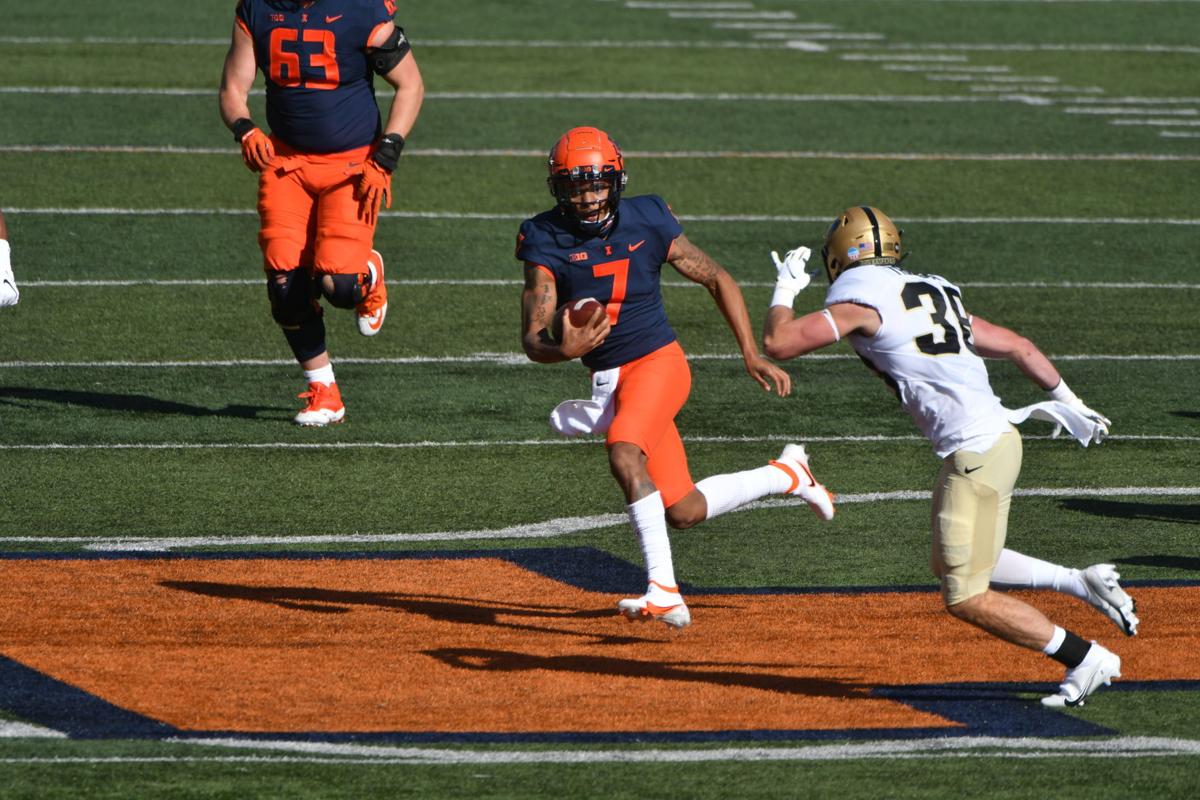 Keep following along with beat writer Scott Richey from Memorial Stadium, as Illinois faces Purdue in its 2020 home opener:

With Doug Kramer out, Kendrick Green slides over to start at center. Jordyn Slaughter would be next in line at guard, but he's also out. Per my on air colleagues Brian Barnhart and Martin O'Donnell, starting opposite Verdis Brown at the other guard spot today will be Alex Pihlstrom.

You'd never know that by looking at the "depth chart" provided by Illinois. No backup offensive linemen are listed. At all.

Fun fact about Pihlstrom. He arrived in Illinois as a walk-on in 2017. As a tight end. He redshirted that season, didn't play in 2018 and appeared in just one game (against Rutgers) in 2019. As a tight end.

Pihlstrom didn't make his move to offensive line until this season. His first start? He gets to deal with Purdue's defensive line duo of Lorenzo Neal and George Karlaftis. Not ideal.

Good thing Matt Robinson got a couple starts under his belt last season when Brandon Peters missed two games because of concussions. Robinson is going to need them.

Unless Illinois offensive coordinator takes a big swing and goes with Coran Taylor or freshman Deuce Spann, Robinson will get the start today against Purdue after Brandon Peters tested positive for COVID-19 (now out 21 days) and Isaiah Williams was contact traced.

Robinson has played in 12 games in his Illinois career. The San Juan Capistrano, Calif., native has completed 45 of 83 passes for 486 yards, one touchdown and one interception in those games. He's also rushed 40 times for minus-16 yards.

Illinois quarterback Brandon Peters and tight end Griffin Moore both tested positive for COVID-19 on Thursday and will be sidelined for 21 days per Big Ten protocols. Contact tracing also sidelined several other Illini.

First item of note regarding the roster for today's game. Illinois' specialists were the first players out on the field before official warmups started. Starting kicker James McCourt was not among them.n

They're back now in full uniform, and McCourt is still not on the field. Danville native Caleb Griffin and freshman wide receiver Owen Hickey are the only two getting kicks in right now. I assume it's Hickey. He's the only No. 84 on the Illinois roster.

Kickoff at Memorial Stadium is just less than two hours away, and most of the News-Gazette contingent is set up in our own booth for Illinois' home opener against Purdue.

The entry process here in Champaign was certainly more thorough than last week in Madison, Wis., where we were all just kind of waived through. Not so at Memorial Stadium.

Acquiring a credential this morning required a temperature check and a check-in for contact tracing purpose. Masks were required (and remain required at all times), and social distancing, of course, is the standard for the day.

It's not a college football game in 2020 if the pregame discussion doesn't at least mention the ongoing COVID-19 pandemic. That Illinois opened the season last week at Wisconsin and the Badgers have paused all team activities with 16 active cases means the coronavirus becomes a storyline.

Lovie Smith maintained earlier this week his team was clean. To play amateur epidemiologist, so was Wisconsin quarterback Graham Mertz. Until he wasn't.

Will there be any surprise changes to Illinois' list of available players come today's 11 a.m. kickoff against Purdue? We'll see.

Get to know the first-year starter, who has quite the backstory, before Illinois hosts Purdue on Saturday

Turning the focus to football, if there was ever a need for a "get right" game this would be it for Illinois. A 45-7 loss in the season opener with the offense scoring zero of those seven points was an alarming beginning to a 2020 season where expectations are (were?) certainly higher.

The Illinois offense needs to get on track. In any way possible. The Illini defense has to avoid repeating its own mistakes from the Wisconsin game. Namely blown coverages galore and the inability to get consistent pressure on the opposing quaterback. Purdue has enough weapons in the passing game even if Rondale Moore doesn't play to potentially carve up the Illinois secondary if those errors aren't fixed.

Gameday Central here at IlliniHQ.com will be the only stop you have to make for you Illinois-Purdue coverage throughout the day from Memorial Stadium where Bob Asmussen, Loren Tate and Scott Richey will be posted up for the afternoon.

Until kickoff, catch up on all the Illinois football coverage from the week:

Are you ready for some football?

CHAMPAIGN — The most unusual football game in the 96 years of Memorial Stadium happens Saturday on the University of Illinois campus.

Zach Acton will be there for every second, crossing his fingers.

“I feel pretty good about it,” said Acton, the UI assistant athletic director/event management. “We’ve tried to check all the boxes of any scenario that does pop up. I think it will be a pretty mellow event. It’s like a much more glorified, large spring game in my world of event management.”

While the crowd is smaller, it is anything but simpler. Acton can’t wait until football gamedays return to normal.

”Give me a full stadium and full parking lots and tailgating and that in my world is a lot easier,” Acton said. “That’s muscle memory in my head. This is something all new and none of us have gone through quite yet. The unknown is the scary part.”

Twenty thoughts ahead of today's game

Why Tony Adams told his family to stay home

Defensive struggles a problem against Wisconsin

Brown, Randolph carving out their roles

CHAMPAIGN — Verdis Brown found out a week before Illinois’ season opener at Wisconsin that he would start at right guard.

The training camp battle with Jordyn Slaughter went his way. That prompted a question from fellow guard Kendrick Green. How was Brown going to handle his first career start?

“I’ve been doing this my whole life,” Brown said was his response. “I wanted to make sure I stayed grounded and not overhyped. Not lead into the game and have too much energy and start messing up assignments and not making the right blocks.”

Still, Brown soaked in the moment when he stepped on the field at Camp Randall Stadium in Madison, Wis., for the first time. It was a special feeling for the 6-foot-4, 320-pound redshirt sophomore out of Chicago.

Lovie: 'Our team is clean'

Peters could get expanded role in run game