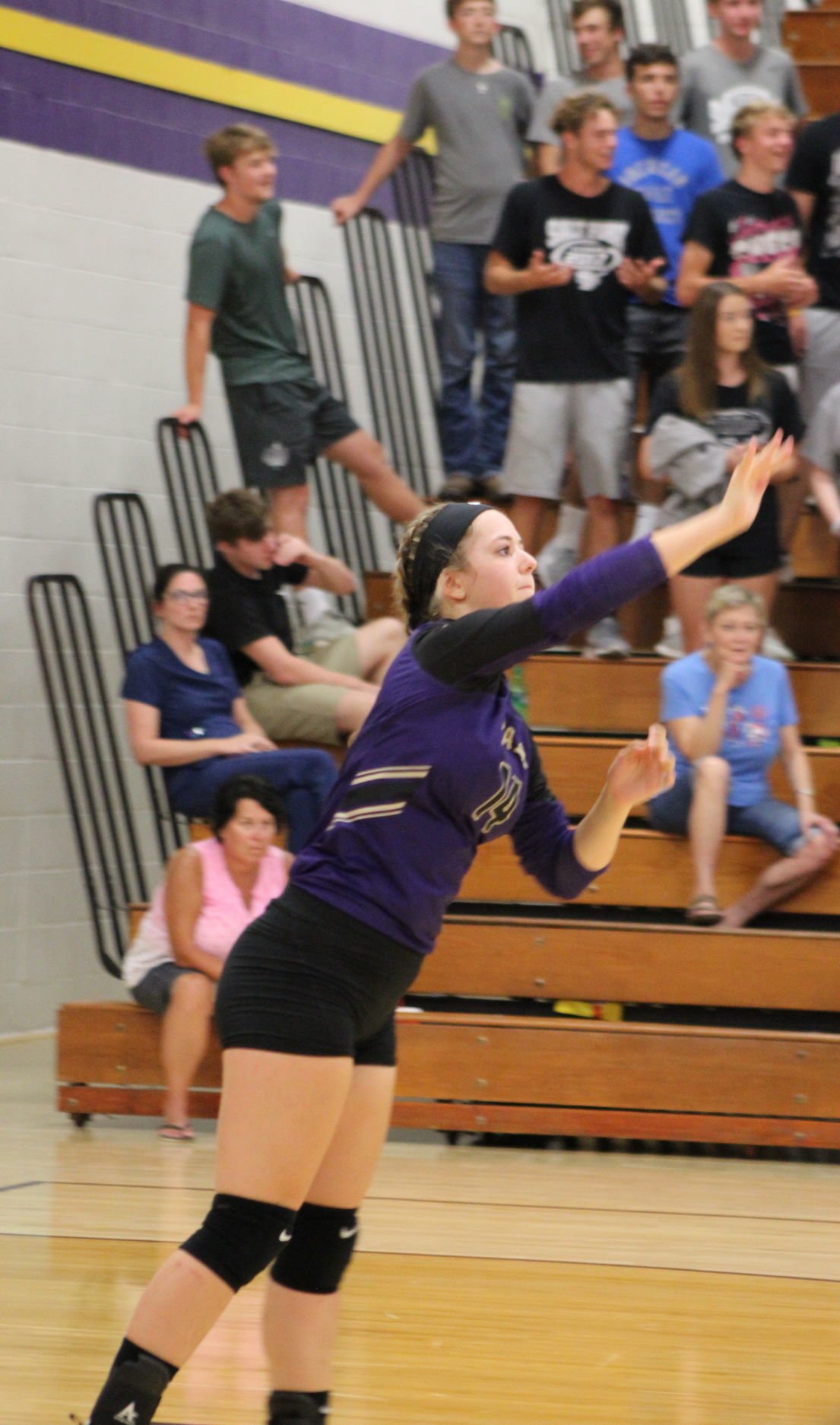 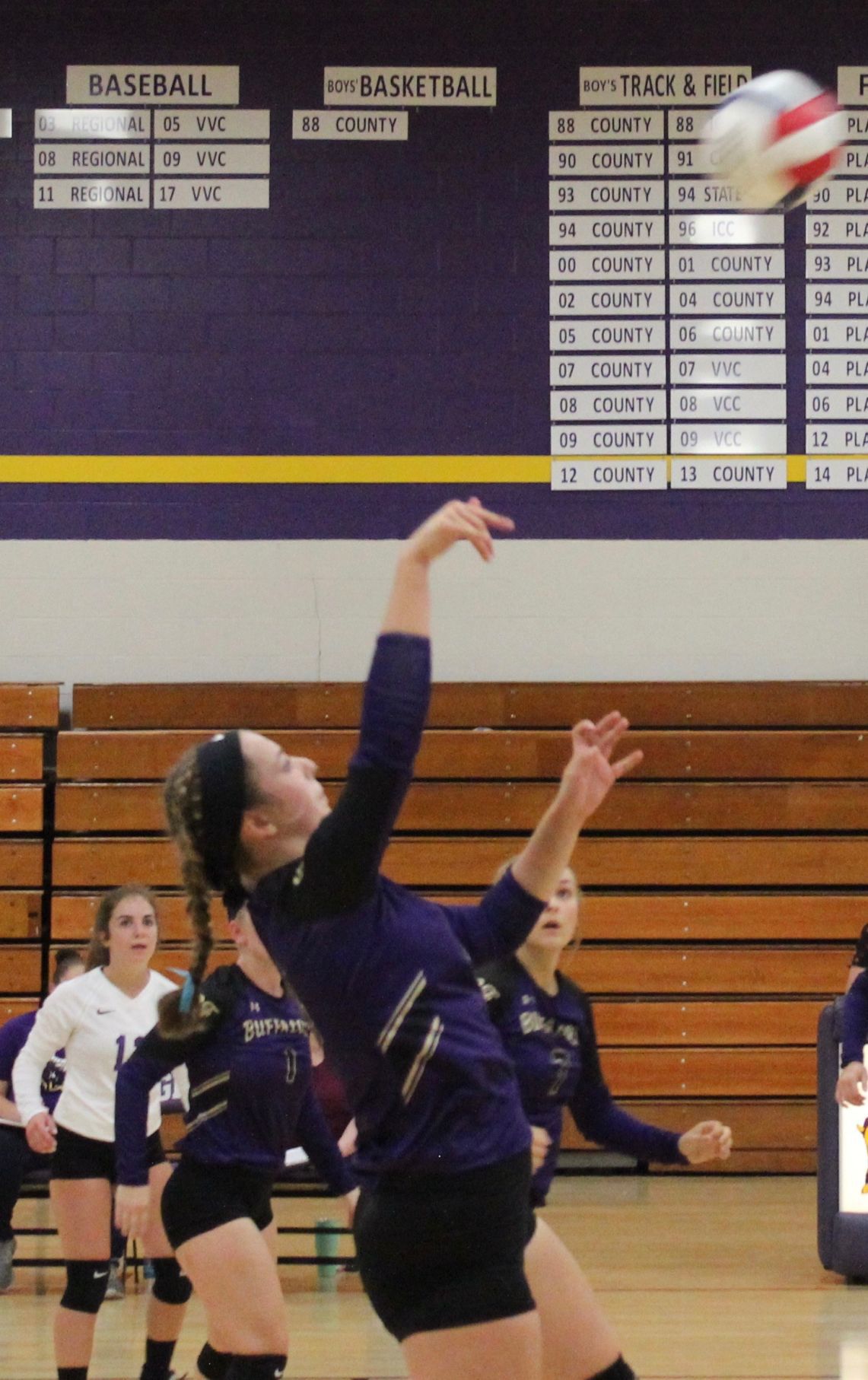 Even more objectively, Roach is the lone senior on the 2020 Georgetown-Ridge Farm volleyball roster.

She’s set up to be a do-it-all athlete for a Buffaloes squad that, over the last two years, graduated some significant talent — Lacey Steinbaugh, Kasie Anderson, Taylor Stal and Whitny Harper, to name a few competitors.

“(Roach) is able to do whatever I need her to do, which is good,” Fraser said. “I do have that to rely on.”

For Roach, this approach to volleyball is just part of the persona she’s crafted throughout her athletic life.

“I’ve always been that way, since I’ve been playing travel softball since I was little,” Roach said. “Where my birthday falls, I’m always oldest or youngest. I try to help everybody no matter what. It doesn’t matter the age — just be yourself and help each other out.”

Roach was a middle blocker, setter and right-side hitter last season, more or less settling into the first of those roles by the time G-RF had completed its 2019 campaign.

Fraser is entrusting sophomore-to-be Makaelyn Lagacy as her full-time setter this upcoming season. So while Roach will provide backup to that position, Fraser plans to continuing using Roach in various other roles.

“She plays great defense. She’s quick, and she’s a go-getter on the court,” Fraser said of Roach. “It’s going to be in our best interest to have her play all the way around and hit and play defense.”

Roach said she doesn’t have a favorite position on the hardwood, though she feels setter was most difficult to learn because you’re “reliable for 90 percent of the plays.”

“I try to know the game’s ins and outs so I can play wherever Coach needs us to,” Roach said. “That’s how I’ve tried to be with all my sports, so if somebody’s down I can help them up and fill in if need be.”

Roach started playing volleyball in sixth grade as a means of staying involved in as many activities as possible.

“I just tried to be a three-sport athlete as long as I could to keep me in shape and keep me going,” Roach said. “I’ve always been sports-geared.”

Roach is a former basketball player and still plays softball, hoping to play that sport in college.

Throughout all of her different experiences with the Buffaloes, she’s gotten to spend time around plenty of skilled teammates who now are alumni.

A big lesson she took away from the likes of Stal and Harper: always keep your head up.

“No matter if we’re losing or if we’re winning, try to be in high spirits,” Roach said. “Don’t have an attitude because it will affect the whole team. Our seniors were always positive and motivating, even if they were having a bad day. They never showed (negativity) to us. I wanted to bring that on to next season.”

Fraser also has encouraged Roach to spread that to future G-RF volleyball players.

“She helped out with junior high volleyball and took on some other responsibilities throughout the year,” Fraser said. “Kind of getting girls together and doing some team stuff. I put her in a situation where the fall would be a little bit easier for her to transition into that leadership (role).”

At the same time, Roach is careful not to get overly buddy-buddy with some fellow Buffaloes over others.

“I feel like I’m pretty close with all of them. I don’t try to be in groups,” Roach said. “I just try to make friends with everybody and stay positive, even if there are bad days — pick your head up and start a new day together.”

Roach admitted feeling some concern about preparing for a new season amid the COVID-19 pandemic, which currently is preventing Roach and her teammates from working together with a volleyball.

Considering there hasn’t been much traditional volleyball played in the last few months, though, Roach also noted that just getting the opportunity to step between the boundary lines would bring positive vibes that could lead G-RF to more success.

That’d also give Roach the chance to groom a potential successor, as she was guided by Stal and Harper in the past.

“I can bring the team up in attitudes and hopefully be the role model and hopefully leave that behind,” Roach said, “and have somebody in the 2021 volleyball class to hopefully do the same.”