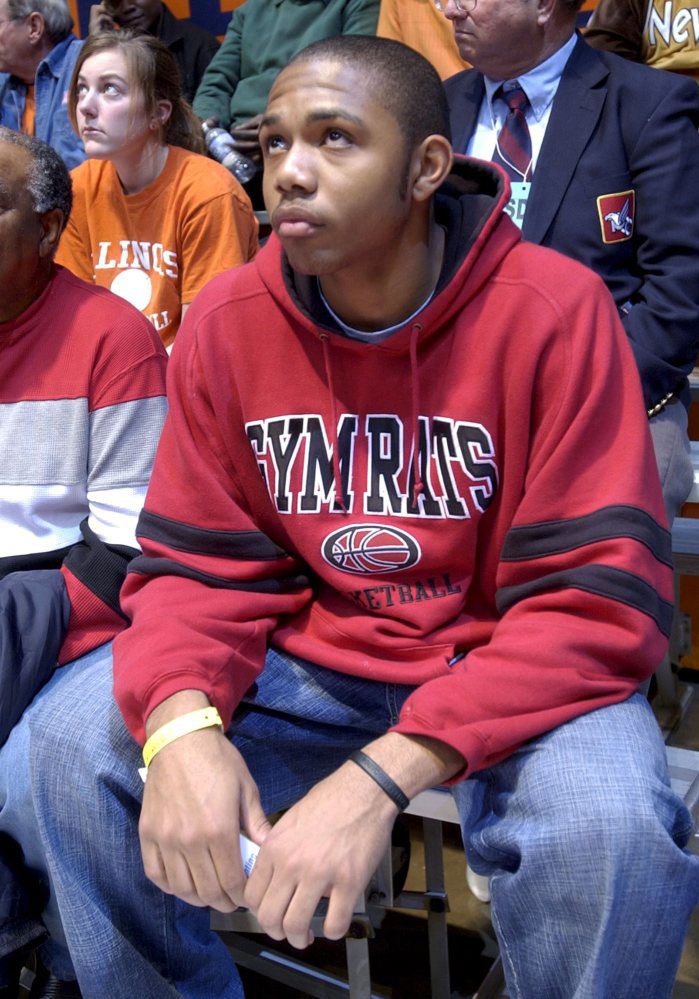 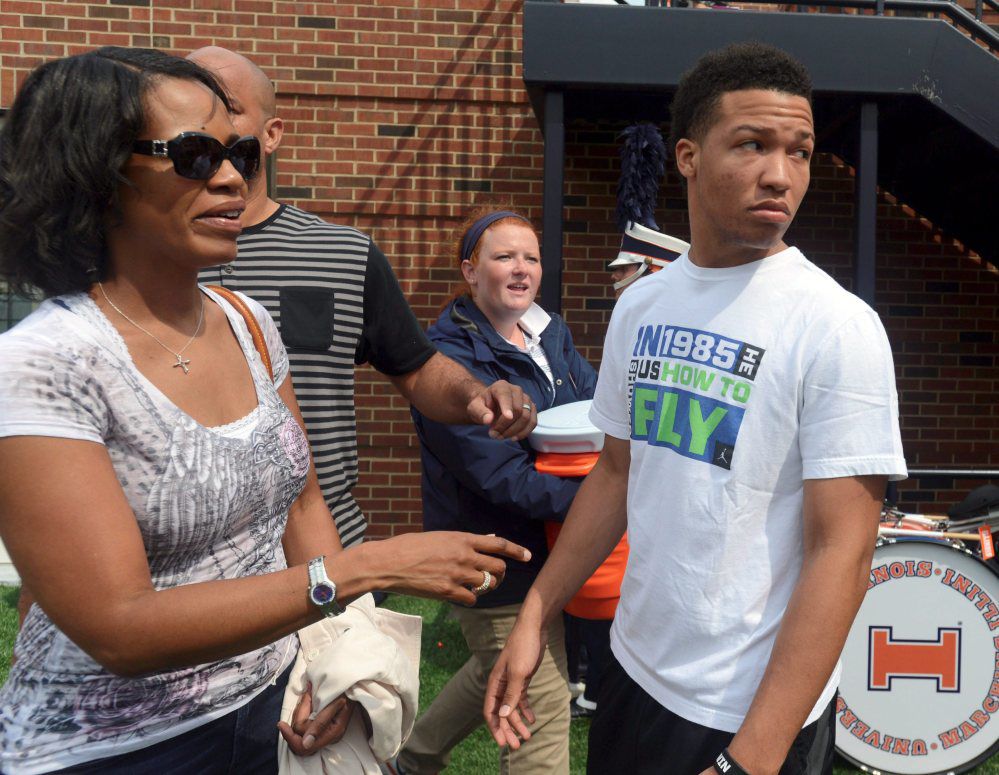 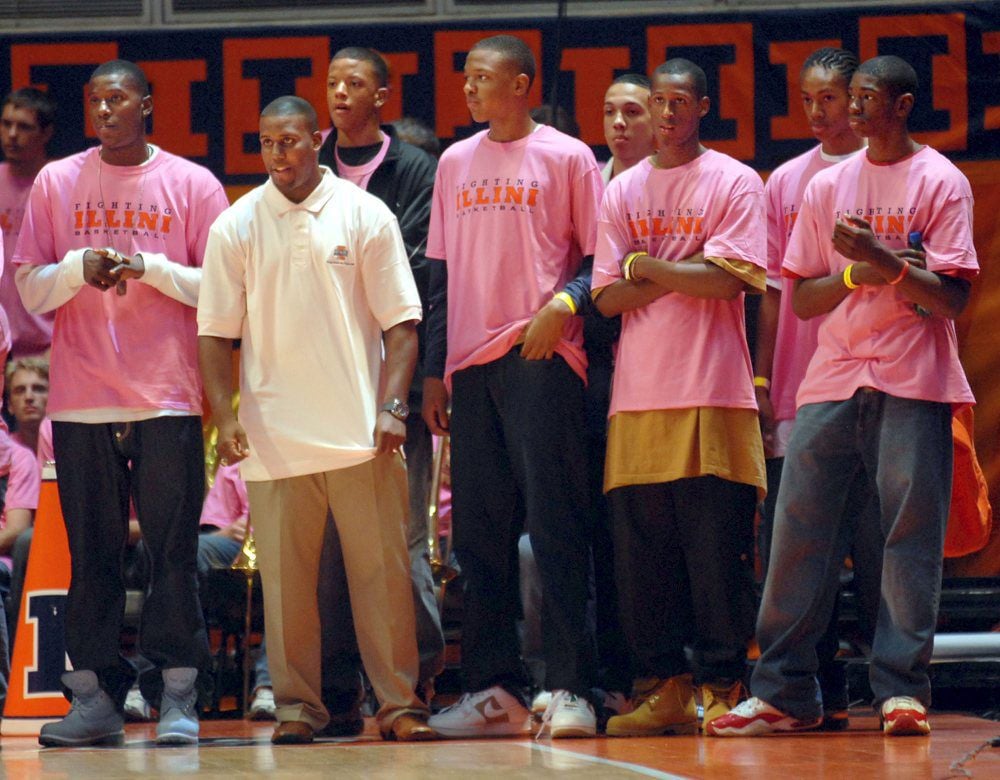 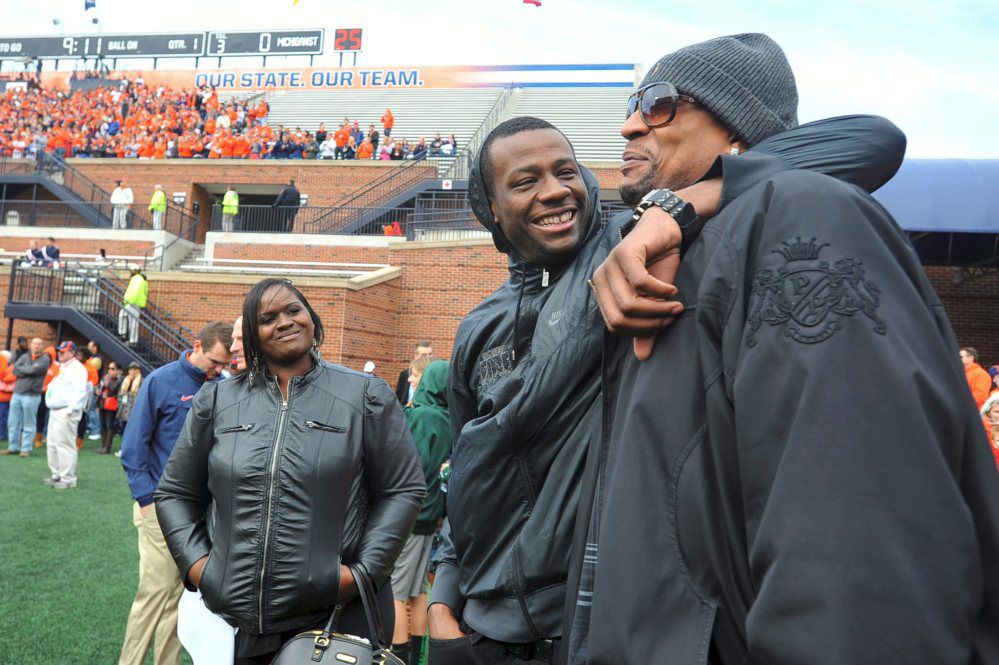 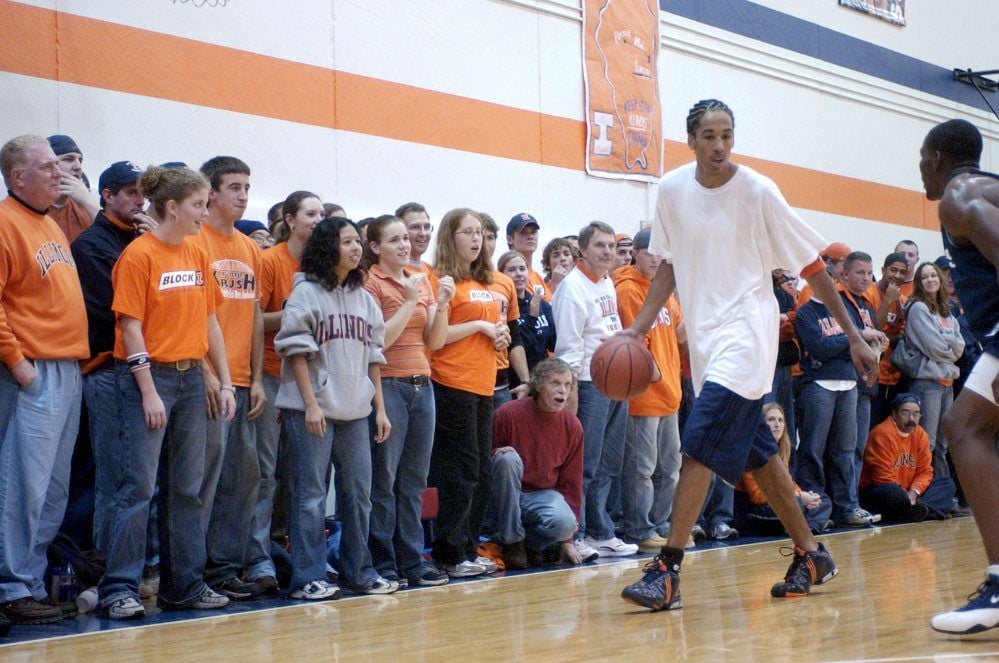 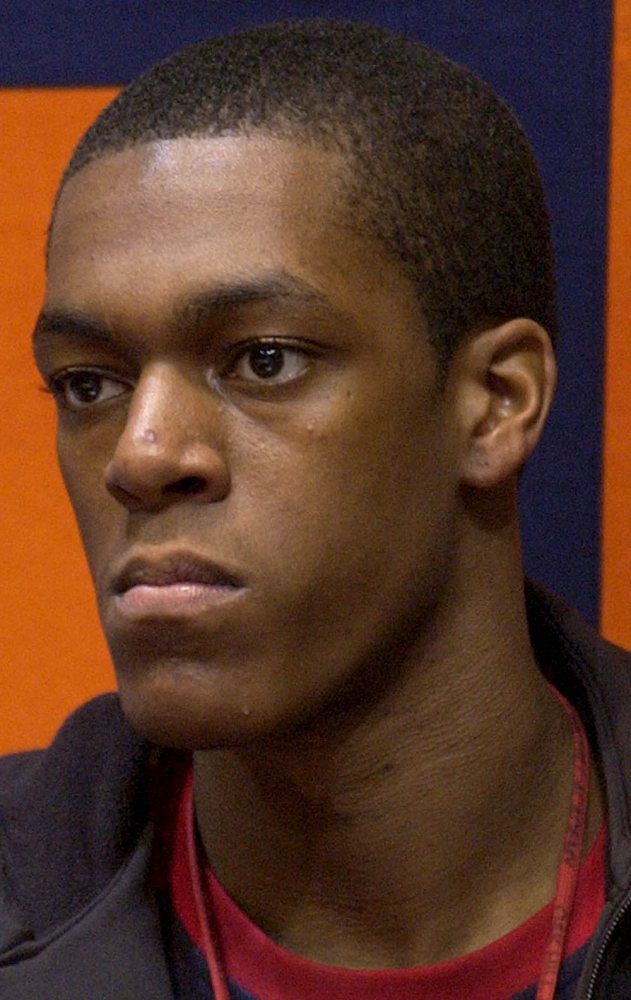 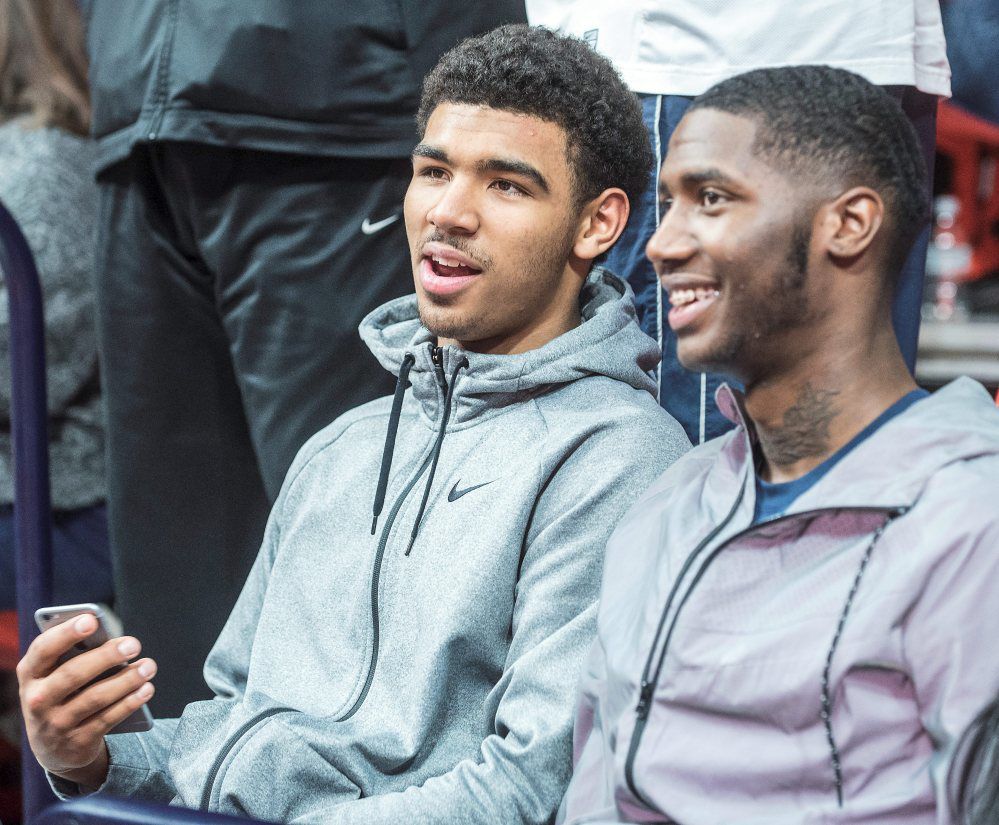 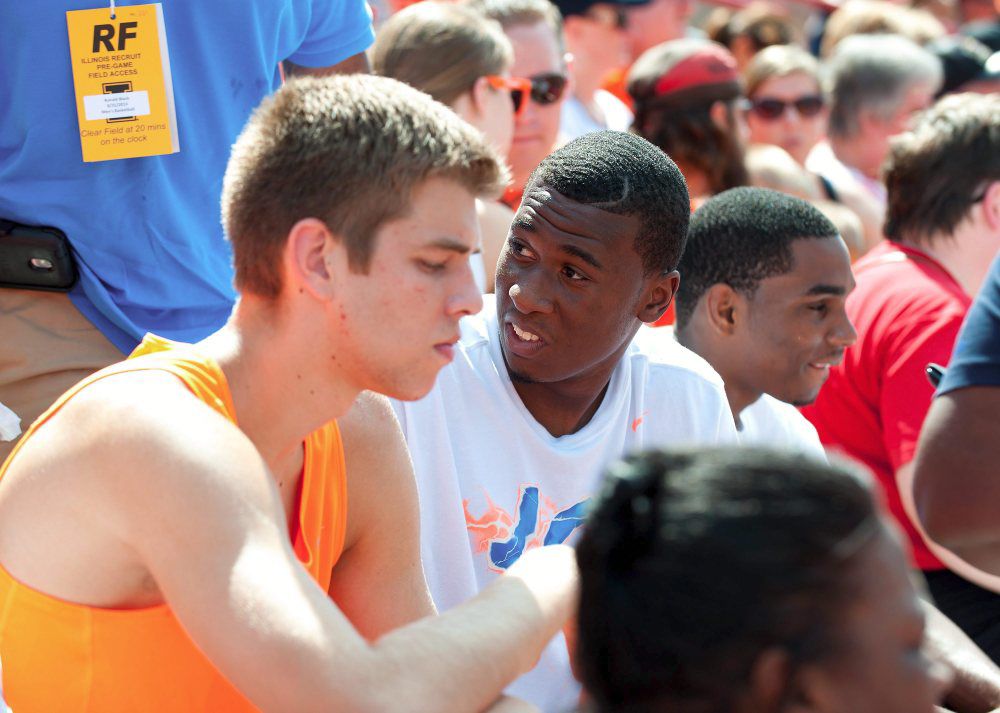 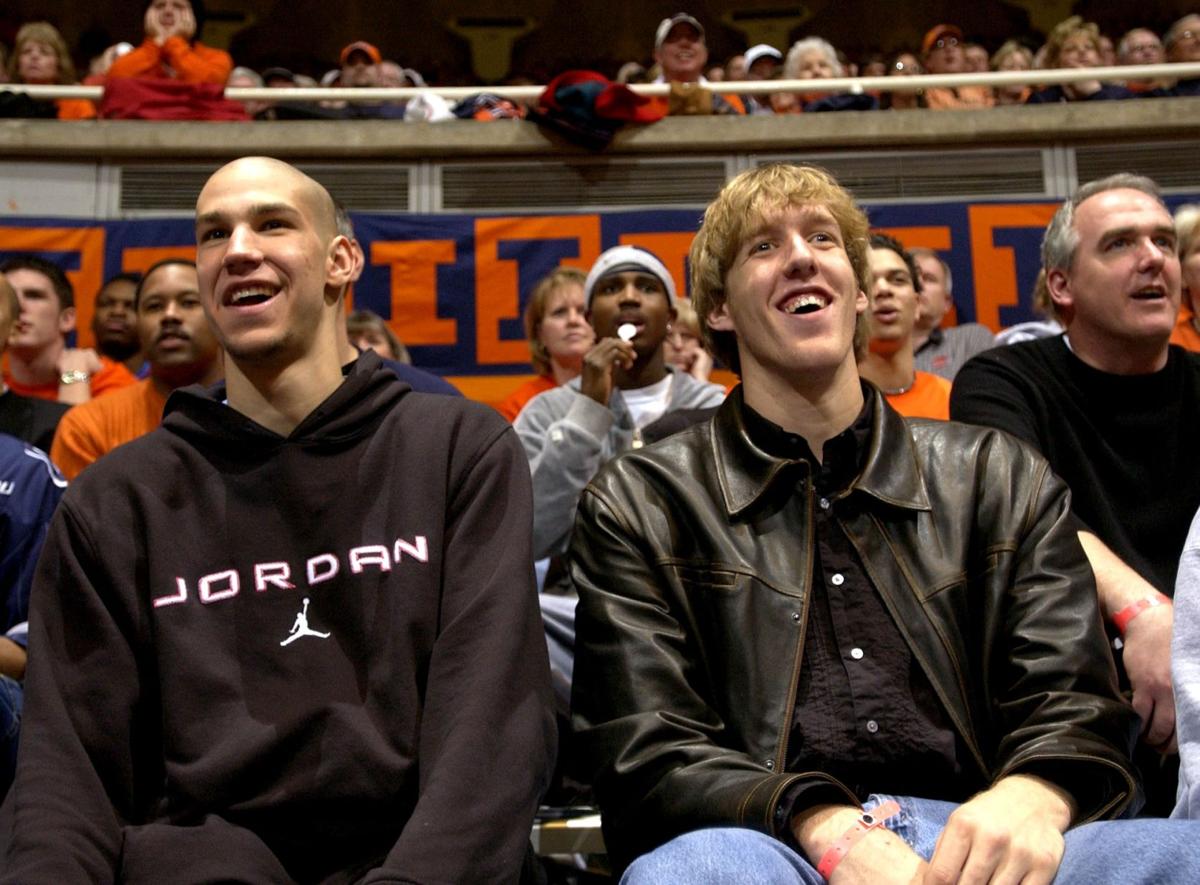 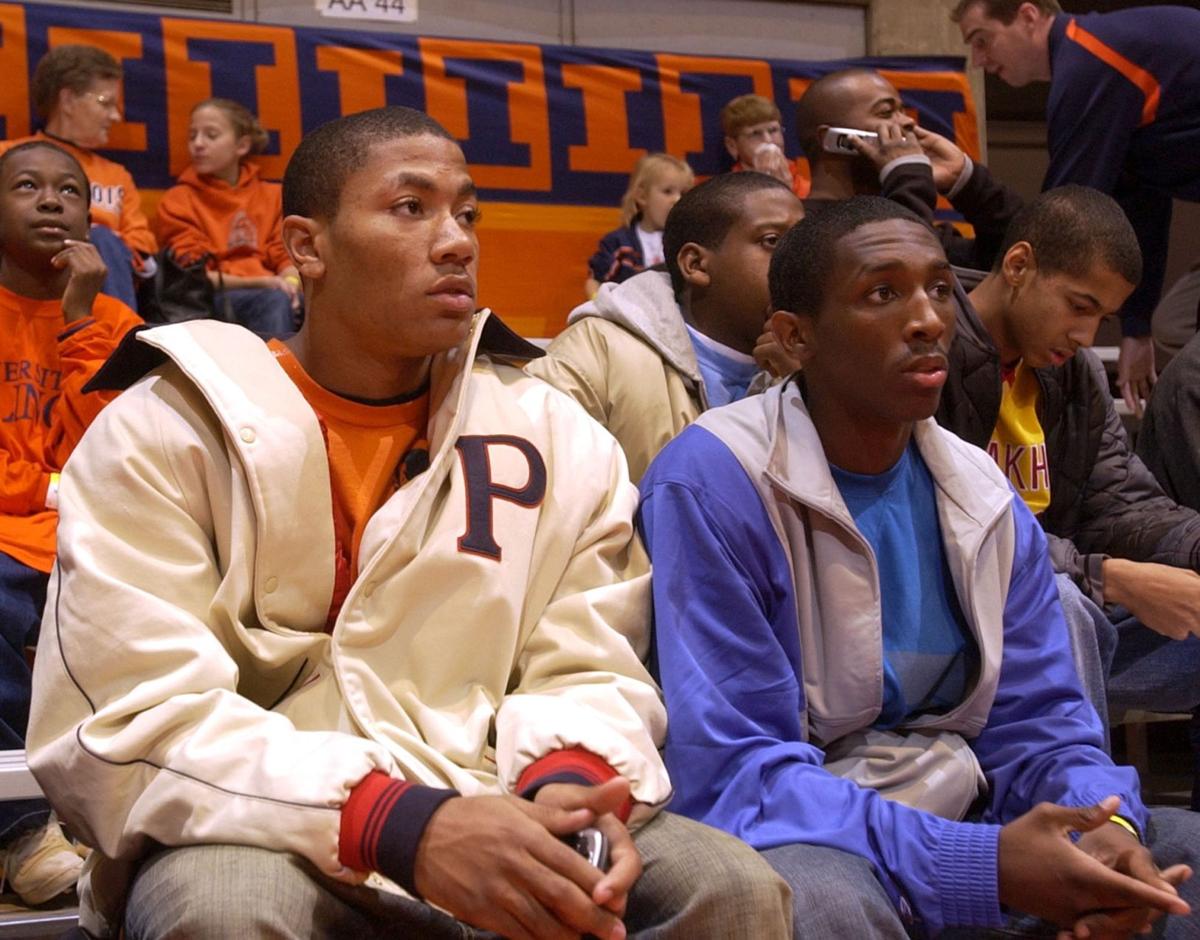 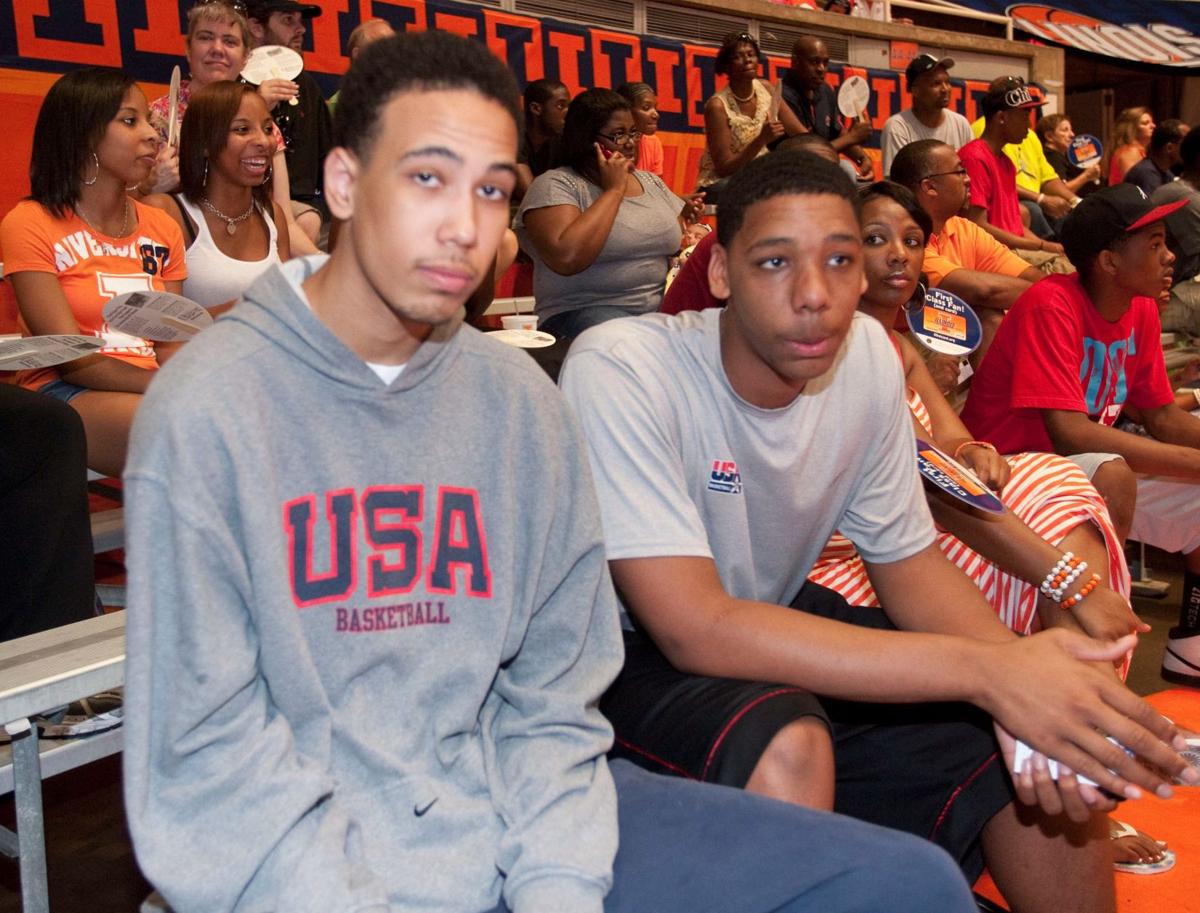 On Sundays, we’ll dip into our vast News-Gazette archives and stroll Memory Lane. Today: With blue-chipper Adam Miller in town on his official visit, a look back at when other soon-to-be college stars — and even NBA regulars — checked on the UI during the recruiting process.

Big man Cliff Alexander and his parents took in a football game at Memorial Stadium. The Illini lost 42-3 to Michigan State, and lost Alexander to Kansas.

Just-retired Shaun Livingston was a Peoria prep star when he suited up to scrimmage in front of a packed Ubben Basketball Complex in Champaign. Livingston eventually picked Duke but wound up heading to the NBA instead.

On Super Bowl Sunday (the Patriots beat the Rams), Bill Self’s Illini lost to Michigan State 67-61. But that didn’t keep recruits James Augustine, left and Kyle Wilson from eventually committing to the UI.

Indianapolis star Eric Gordon had a great seat for the UI’s win against Texas-Pan American at the Assembly Hall. Gordon chose Illinois but flipped to Indiana before embarking on a long NBA career.

Before he settled on Kentucky, promising point guard Rajon Rondo toyed with the idea of joining the Illini, taking in a loss to Purdue at the Assembly Hall.

Today, they play for Missouri. But at the UI’s game against Minnesota at State Farm Center, St. Louis-area standouts Mark Smith (left) and Jeremiah Timon were Illini commits.

Groce desperately wanted Jalen Brunson to run the point, the Stevenson star and his family taking in the UI’s football win against Youngstown State at Memorial Stadium. Brunson won two NCAA titles at Villanova and is with Dallas in the NBA.

Speaking of NBA point guards, Derrick Rose had front-row seats for the Illini’s Orange and Blue Scrimmage at the Assembly Hall. The Simeon superstar wound up at Memphis.

Miller’s recruitment worth following as clear priority for Illini

The four-star guard and top-30 prospect in the Class of 2020 completes his official visit at Illinois on Sunday after making a two-visit trip to Arizona and Arizona State late last month.

What's your favorite look? Here's your chance to tell us