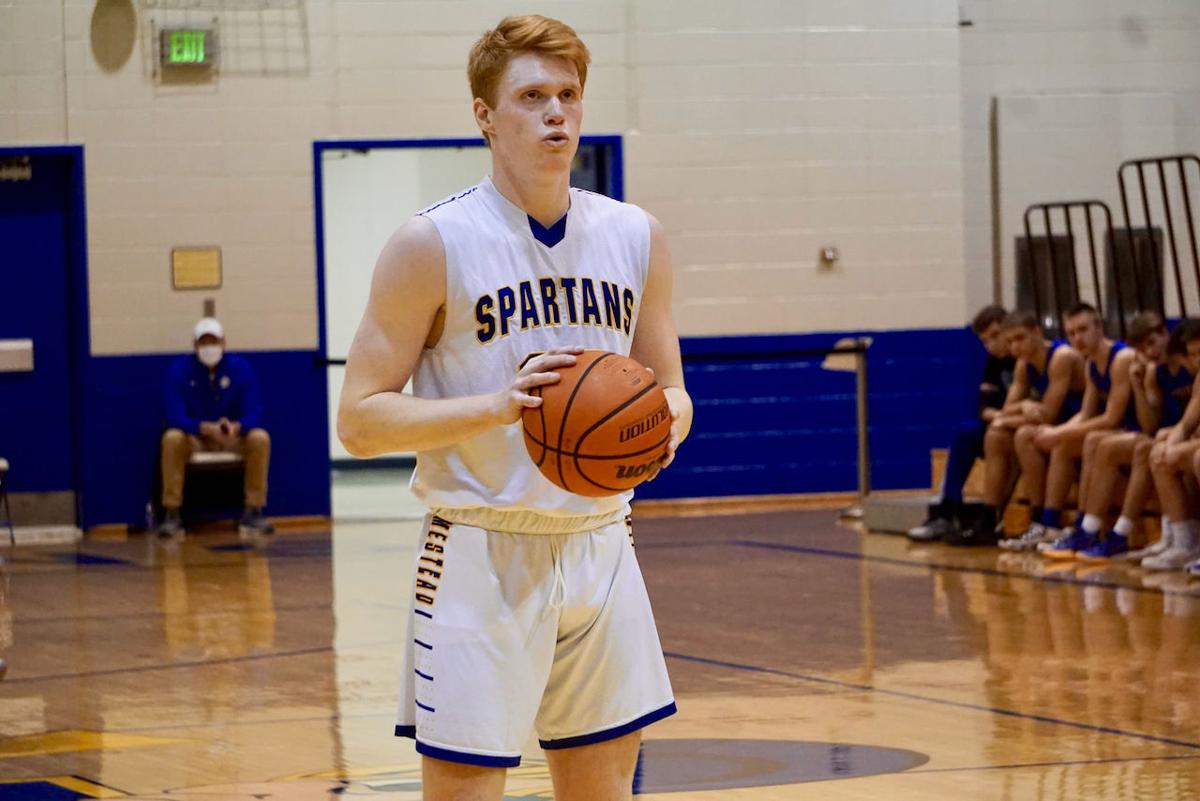 Future Illinois guard Luke Goode is averaging career-highs across the board in his senior season at Fort Wayne (Ind.) Homestead. 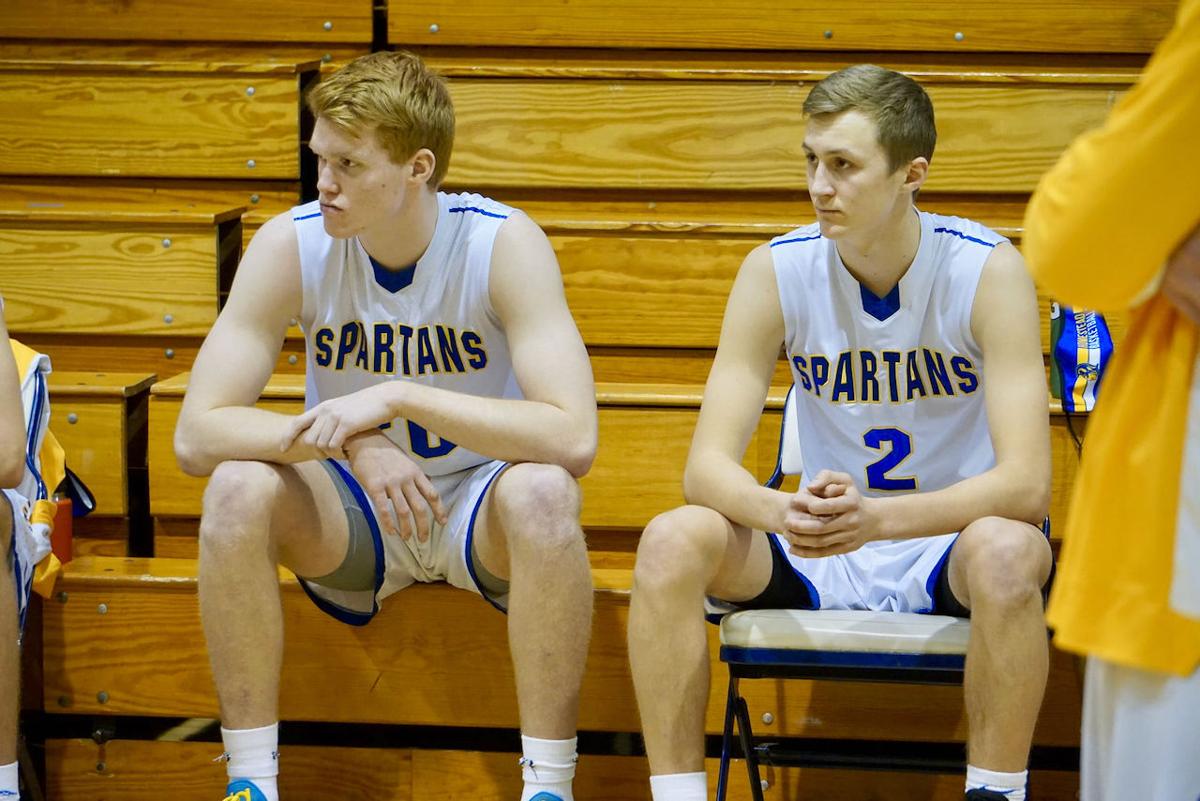 Future Illinois guard Luke Goode is averaging career-highs across the board in his senior season at Fort Wayne (Ind.) Homestead.

And Luke Goode made the most of it.

The future Illinois guard set a Homestead single-game record with 10 made three-pointers during the Spartans’ 107-61 win against Fort Wayne North Side. Goode’s 41 points was a career-high, too.

Getting to senior night — getting in a season at all — wasn’t a guarantee. Other basketball programs in the state of Indiana have been hit hard by the ongoing COVID-19 pandemic. Half of the boys’ teams and an even higher percentage of girls’ teams in northwest Indiana have paused activities and/or missed games because of COVID-19 concerns.

Goode and Homestead, meanwhile, are thriving. The Spartans have lost just a single game on their schedule — Columbia City had to cancel — and are unbeaten at 16-0 after winning 55-50 in overtime on Saturday evening at Lawrence North in Indianapolis in a showdown of the state’s top two Class 4A teams.

“I’ve been telling people that have asked that question that if Indiana cancels high school basketball there shouldn’t be any states playing high school basketball,” Goode said about actually playing out his senior season. “To live in this state and play basketball during this pandemic has been a blessing. I’m very grateful for that as well as our team’s successes.”

Getting through the season mostly unscathed has roots in a decision made by the entire team in the weeks leading up to its start. It was then the Homestead players agreed to keep their circles tight. Time off the court would be spent together, too. They all also agreed to take advantage of the ability to select online classes.

Homestead students can pick either option. The basketball team opted to go virtual after starting the school year with in-person classes.

“With the contact tracing and the system Homestead has set up, it can be fairly easy to be quarantined,” Goode said. “We just came together and said we can sacrifice four months of our school year to play on a successful basketball team. We’ve been able to do virtual learning. Credit to Homestead for having that system. Being able to do that and go to school and play without the threat of being quarantined is definitely huge for us.”

The gameday experience, of course, is different. Homestead has limited attendance to parents only. Other schools in Fort Wayne don’t even allow that. It’s not ideal, but the Homestead parents feel lucky to have any opportunity to watch their sons play.

“The state of Indiana, from football season to basketball season, has done a great job on juggling the COVID situation,” said Craig Goode, Luke’s dad. “I think they put a value on the mental health of the kids and what it means to the kids to play sports — all the sports — and they made it happen. … At the end of the day, as parents and especially being a senior parent, you want to see your kid play in person. Allowing them to play considering the circumstances is a blessing.”

The Spartans, of course, have been playing to a smattering of fans. Not the crowd a team on the roll and ranked among the best in a basketball-crazy state would have in a normal season. Think sellouts. Lots of them.

Craig Goode called it “weird” to be at the sparsely-attended games.

“You don’t get the true high school experience of these games,” he said. “Luke’s team is doing really well. They’re a really, really good team. They’d be playing in front of sold-out crowds every game. Not having the fan base for the players is definitely weird, but you ask Luke and he always says, ‘At least we’re playing.’”

Playing rather well, actually. Homestead’s run up to its showdown with Lawrence North included wins against some of the other top teams in Indiana, including Cathedral and Warren Central out of Indianpaolis, South Bend St. Joseph and Fort Wayne rival Blackhawk Christian. Goode has played a prominent role in that success. The lone member — at least so far — of Illinois’ 2021 recruiting class is averaging career-highs in scoring (21.5 points), rebounds (9.1) and assists (5.3) while shooting 46 percent from the field overall and 44 percent from three-point range.

“That’s what makes him such a valuable asset to our team,” Johnson said. “He’s not just one-dimensional. He just doesn’t go out and is a scorer. We need him to rebound. We need him to make the right basketball play. He’s defending at a high level. We need Luke Goode.”

Homestead’s fortunes got a boost this summer when Fletcher Loyer moved to town. The younger brother of Michigan State point guard Foster Loyer, Fletcher Loyer is a 2022 Purdue commit who is averaging 24.7 points, 5.4 rebounds, 4.8 assists and 2.2 steals.

The Goode-Loyer duo has pushed Homestead to another level entirely.

“I absolutely love playing with him,” Goode said. “He’s such a great shooter, a great player and a great teammate. It takes a lot of pressure off of me. When you have a Big Ten guy that comes in and shoots 50 percent from three, other teams just can’t leave him wide open. Us two playing together has created a lot more opportunities for me to come off the ball. I don’t really have to play point guard anymore. I have more opportunities to play my position and do what I do.”

The way Loyer meshed with his new teammates — aided by open gyms this summer — has helped make the 2020-21 season a success. Goode is one of three returning starters from last year’s 16-9 team and one of five seniors with the Spartans.

They’ve made it work.

“It could be difficult when you’ve got another Big Ten guy coming in that’s a scoring-heavy guy like Fletcher, but every single person on our team has sacrificed something and know our roles to where he came in and fit perfectly with us,” Goode said. “Coach Johnson has done a great job integrating him into our offense and getting everybody on the same page.”

Johnson aided that process by making trust important. As in the Spartans trusting their teammates to make the right plays. Goode’s leadership has proven crucial in that regard.

“I think a lot of people, when they’re the man coming into the season, it would be maybe tough for some to share the limelight, but he’s not worried about that,” Johnson said. “He’s not worried about the individual stats. He’s worried about getting Homestead High School hopefully another state championship like we got six years ago when we had (Caleb) Swanigan and (Jordan) Geist, to name just a few. I’m proud of him from that standpoint.”