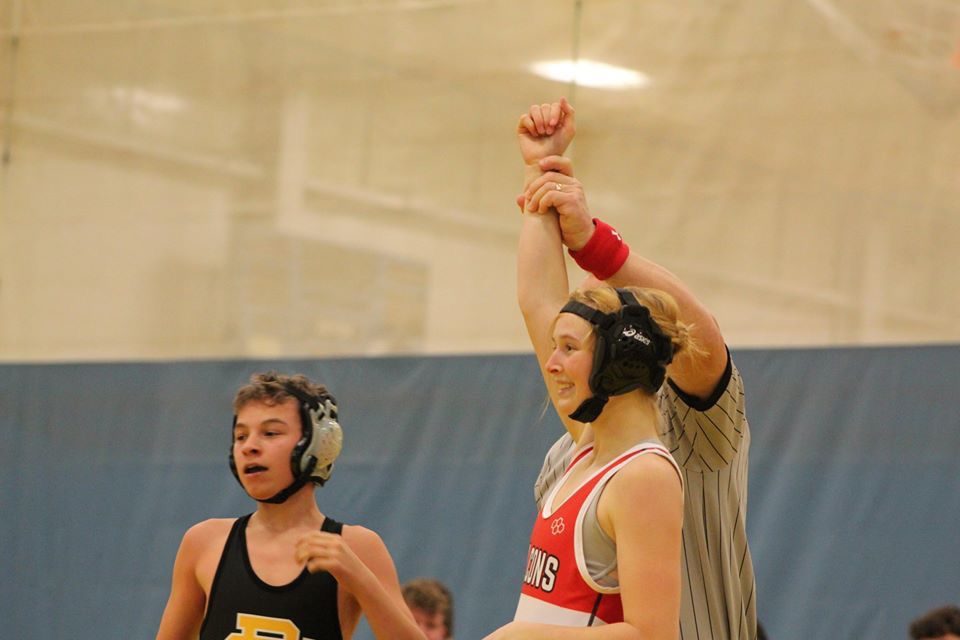 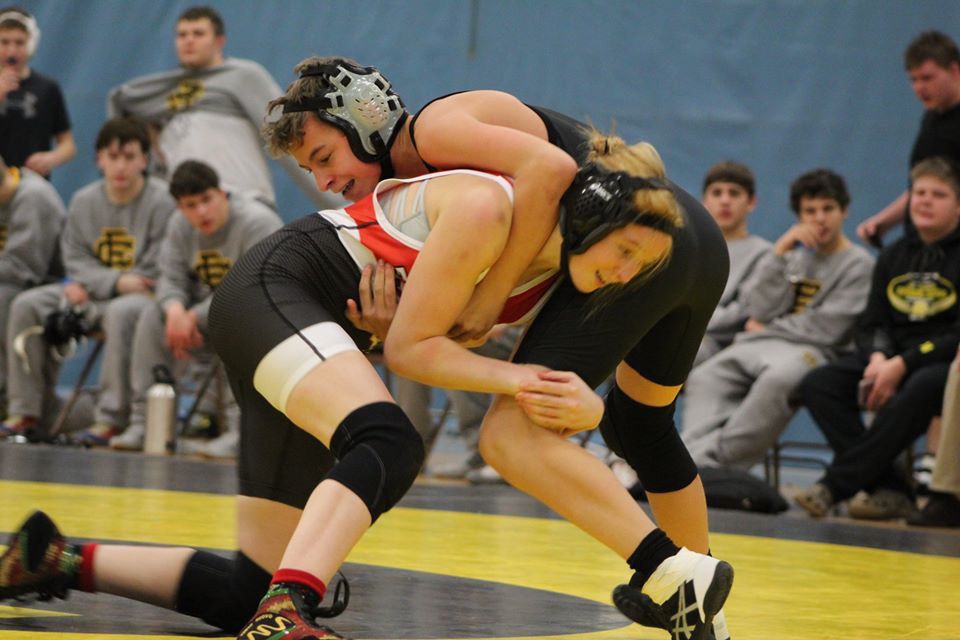 Wrestling is in Michaela Dykes’ blood.

But it wasn’t any of Dykes’ male family members who encouraged her to take up the sport in fifth grade.

It was Dykes’ grandmother.

Not a surprise considering Dykes’ mother is Michelle Gilbert. Google her name and one will stumble upon a 1991 Chicago Tribune article discussing a then-24-year-old Gilbert’s ventures in the U.S. Women’s Amateur Wrestling Federation.

“I really liked it and was good at it,” said Dykes, a senior-to-be at Gibson City-Melvin-Sibley. “I picked it up really fast because I was messing around with my uncles and cousins and stuff before I really got into the sport.”

Dykes is far from the only high school female wrestler in the area or state these days. It’s more common now than when Gilbert was grappling. That was further proven this past Monday when the IHSA Board of Directors approved the creation of a girls’ wrestling state tournament beginning in the 2021-22 school year.

Dykes will be a Falcons alumna by the time that date rolls around, but she’s still excited to witness the future of girls’ wrestling in the state.

“I’m happy the sport’s growing and more people are seeing it as its own thing,” Dykes said, “and that it’s becoming bigger and more popularized and more normal.

“Our sport’s finally got enough to have our own tournament, and we can win it and we can be like, ‘I’m the girls’ state champ.’ It carries more weight in the girls’ community, I feel like, just because your state has it and you can compete well in it.”

Brianne Hafner is another woman for whom this announcement came too late as far as IHSA eligibility is concerned. Even so, the 2019 Oakwood graduate and former prep wrestler is glad to see this event’s creation.

“This has been a long time coming,” Hafner said. “I just wish it had come around full circle a few years earlier for me.

“Participation in high school girls’ wrestling has grown by leaps and bounds over the years. I would only think this will make a rise in the number of participants in this state again and greatly help in filling high school rosters, along with more opportunities to participate and achieve scholarships at the college level.”

Dykes, the lone girl on GCMS/Fisher wrestling’s 2019-2020 roster, said she wouldn’t be surprised if at least some teams across the state experience an influx of female talent with this tournament coming to fruition.

“If they are scared off by wrestling boys or maybe not as keen to it,” Dykes said, “they can say, ‘Oh, I can wrestle against girls. I can practice with girls. ‘ And maybe it’ll open up more opportunities for girls.”

“It is great for our sport,” Carter said. “Any time we provide opportunities for more students to experience this great sport, it’s a good thing. There are already a lot of very good female wrestlers in our state, so the state tournament will be very competitive.”

Mike Glosser oversaw Hafner when she wrestled for the Oakwood/Salt Fork cooperative program during her junior and senior seasons. Glosser cites Hafner as one of his two most successful female grapplers. The other is Madison Carlton, a 2016 Oakwood graduate who captured the program’s first-ever match win by a girls’ wrestler in 2012.

“She was a freshman at the 152-pound weight class,” Glosser said of Carlton. “She was a beast.”

Ed Mears retired as Centennial’s wrestling coach after the 2019-2020 campaign. He credits the Illinois Wrestling Coaches and Officials Association for “pushing the sport forward the last three or four years.”

“They sponsored the unofficial state tournament for girls the last few years,” Mears said. “The sport needs to grow, and it will be fine. The girls will need to compete against the boys, most likely, in duals, but I see many tournaments adding a girls’ division or continue to have separate tournaments that were started this past season.”

Unity coach Logan Patton, the two-time defending News-Gazette All-Area Coach of the Year who guided the Rockets to a third-place finish this past February in the Class 1A dual team state tournament, said he too has witnessed such all-girls showcases at different events, including one in Pontiac last season.

“We have more people that are vocal about it,” Patton said. “It’s an awesome way to promote our sport.”

Patton projects at least three girls’ wrestlers on his 2020-21 roster— junior-to-be Riah Inman and a pair of incoming freshmen. Inman is the daughter of Josh Inman, who has been an assistant coach under Patton for eight years.

”I’ve seen Riah grow up in this sport,” Patton said, “and how it’s influenced her, how she’s just a great person. Faces adversity well no matter what’s happening in her life, just from these tough times on a wrestling mat.”

Champaign Central coach Merle Ingersoll has been a wrestling leader for 32 years, describing himself as “an old-timer.” That doesn’t prevent him from being forward-thinking when it comes to gender in the sport.

”I’m very passionate. I love the sport. I love coaching the teaching the sport. And why would I want to deny a person from wanting to do that just because they’re a girl?” Ingersoll said. “It just didn’t seem to make any sense.”

Ingersoll recalls 2019 Maroons alumna Esther Chung being an especially interesting case of a girl getting involved with prep wrestling.

Chung was a cross-country and track and field athlete looking for a winter sport, Ingersoll said. Early results were challenging for Chung.

”I remember the first match she was wrestling against Morton ... she went out, and this guy did not hold back,” Ingersoll said. “He tore into her, picked her up, slammed her down, pinned her. ... She said, ‘Well, it was quick and it was very violent.’ And I thought, ‘She isn’t going to be back.’

”But, no. She was there the next day and she kept coming.”

Ingersoll feels the physical strength factor is a big reason why even the most skilled girls’ wrestlers struggle to overcome some boys’ counterparts.

”I do compete at the (IWCOA girls’ state) thing every year, and every year there’s been more and more girls and more teams,” Dykes said. “It really is about time.”