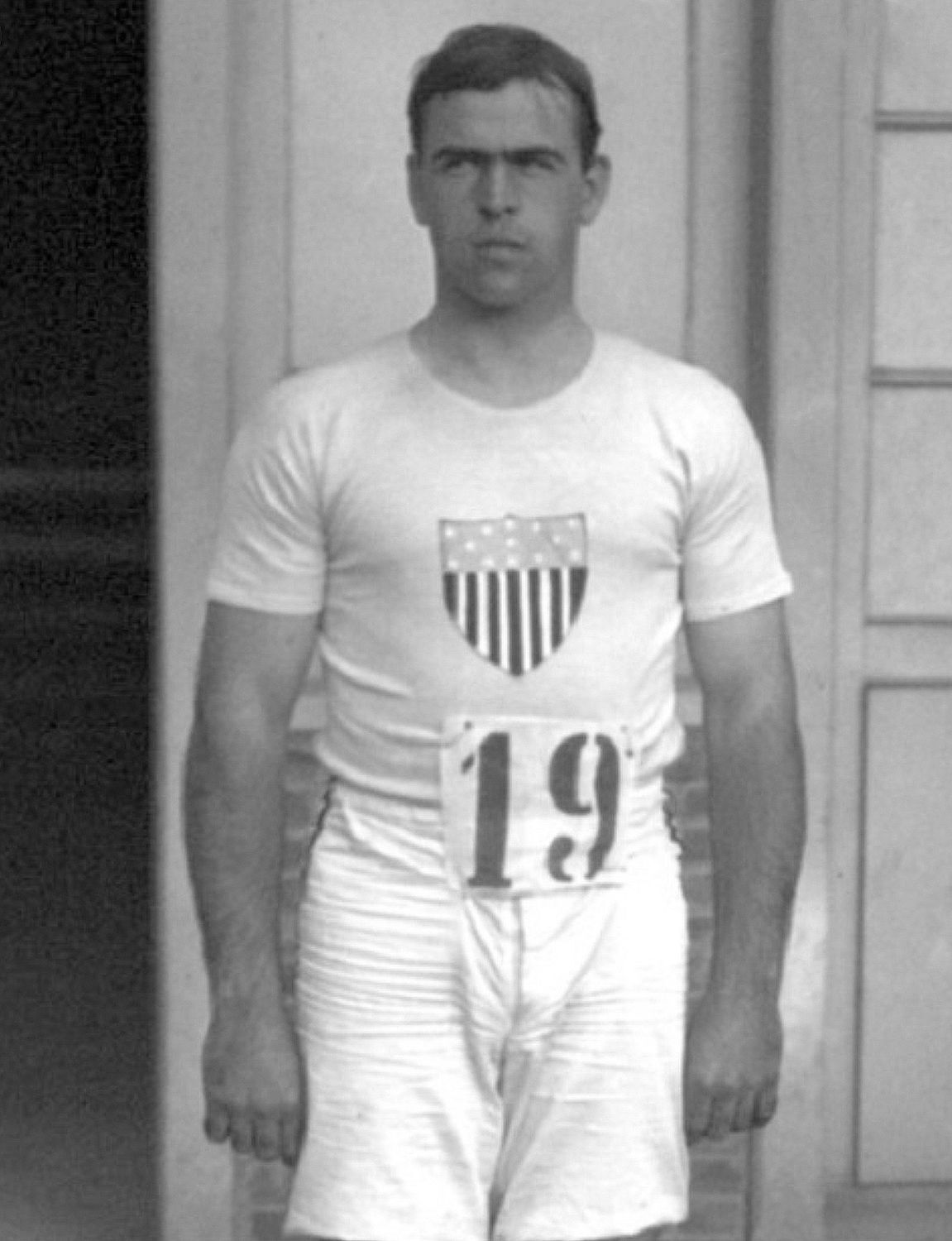 The names William May and Wilbur Burroughs likely aren’t familiar to fans of the Illini, but the truth is that they stand alone in their uniqueness. One-hundred-thirteen years ago, this highly anonymous pair was the first with University of Illinois ties to compete in modern Olympic Games.

The 1908 Olympic Games — originally scheduled to be held in Rome but relocated to England following the 1906 eruption of Mount Vesuvius — were held at London’s White City Stadium, a facility with a capacity of 68,000. The events featured more than 2,000 athletes (including 37 women) from 22 national Olympic committees.

Held four years before the appearance of Native American superstar Jim Thorpe, the 1908 competition was dominated by Great Britain’s team, which won 146 total medals — including 56 golds and 51 silvers.

Both of the University of Illinois’ 1908 Olympians competed in track and field.

Burroughs, a native of Edwardsville, was a two-sport star for the Illini, lettering in football from 1904-06 and in track and field from 1905-07. His specialty was throwing weights, and he was among 12 American athletes who competed in events that included the shot put, discus, hammer and Greek discus.

Burroughs did not earn a medal at the Olympics, but placed eighth in Greek discus, ninth in the shot and 10th in the discus. He also competed for America’s tug-of-war unit, a fifth-place finisher.

Burroughs studied engineering at the University of Illinois and was a co-founder of UI’s Triangle Engineering fraternity. He eventually became a teacher, coach and principal, first in Moline, then in the Detroit (Mich.) Public Schools system, and he worked for more than 30 years in those capacities.

Burroughs also officiated high school and college sports, including Big Ten-sanctioned events. He and his wife, Elizabeth, returned to their hometown of Edwardsville in 1947, but tragically died together in an automobile accident on Illinois State Route 111 in 1960. Burroughs was 76 years old when he passed.

May, nicknamed Billy, was born in St. Paul in 1887. An outstanding athlete in Rochelle High School, he lettered for the Illini track team from 1906-09 as a sprinter and captained Coach Harry Gill’s squad as a senior.

The Illio, UI’s Yearbook, described the 5-foot-8½-inch, 161-pound May as “the best piece of sprinting machinery the West has ever produced and one of the most consistent sprinters on the American continent.”

In 1917, during World War I, May enlisted in the Army, becoming a first lieutenant in light field artillery. He served during a conflict with Mexico, then stayed on as a trainer at Camp Grant. Following his service, the UI graduate in business worked many years as a buyer for Montgomery Ward, a prominent department store.

May began his career in Chicago, then finished in New York City. He died in November of 1979 at the age of 92.

The University of Illinois’ first 10 Olympians (all in track and field):