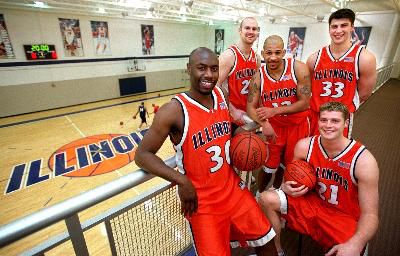 Several members of the Class of 2002 still are playing pro basketball including Damir Krupalija (33). He stays in touch with classmates (clockwise from left) Frank Williams, Lucas Johnson, Cory Bradford and Robert Archibald. 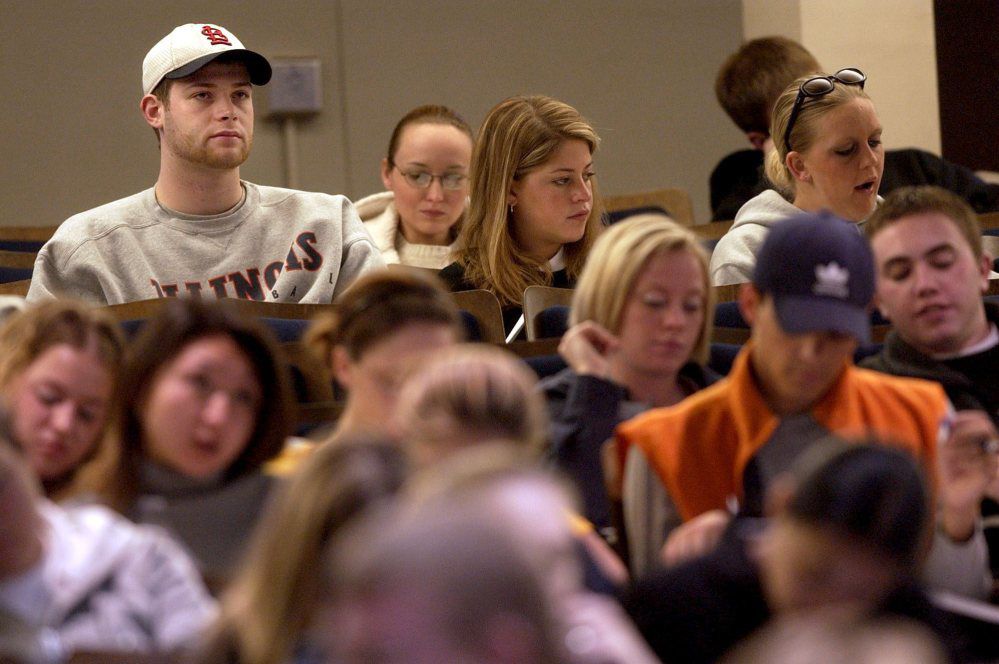 Several members of the Class of 2002 still are playing pro basketball including Damir Krupalija (33). He stays in touch with classmates (clockwise from left) Frank Williams, Lucas Johnson, Cory Bradford and Robert Archibald.

Email your thoughts on the passing of Robert Archibald to Bob Asmussen at sports@news-gazette.com

Once I got over the shock of hearing about Robert Archibald’s passing at way-too-young 39, my first thoughts were for his family.

No words can express the proper sadness. We all deal with loss in our own way.

I like to think of the person in better times. Easy to do with the always-friendly Archibald, who made every interview and interaction a pleasant experience.

He had the coolest accent. And he seemed to smile a lot. And never made reporters feel like they were a bother. He was popular with fans and teammates.

We can also fondly recall his magic moments on the court. One immediately came to mind: Archibald’s breakout performance in the 2001 NCAA regional final against Arizona.

Most Illinois fans remember the game for another reason: fouls. Bill Self’s team got called for 36 of them. Six guys fouled out, including Archibald.

But before he got sent to the bench, Archibald played 24 special minutes. He hit 6 of 7 shots from the field and 13 of 15 free throws for a team-high 25 points. He also led the Illini that night with seven rebounds.

Playing at San Antonio’s cavernous Alamodome, Illinois came up just short against the Wildcats, losing 87-81 with a spot in the Final Four on the line.

Archibald was a role player during that junior season, coming off the bench to average 7.2 points. The Arizona game was a sign of things to come.

As a senior during the 2001-02 season, he moved into the starting lineup. Archibald averaged 10.6 points per game and was second to Brian Cook in rebounds and blocked shots.

“He was the guy who came in and improved so dramatically as a senior,” said Loren Tate, in his seventh decade covering the Illini for The News-Gazette.

Archibald showed his pro potential that season and the NBA noticed. The Memphis Grizzlies took the 6-foot-11 center in the second round.

He played 12 games his rookie year, then was traded with Brevin Knight to the Phoenix Suns. Archibald was dealt two more times, to the Orlando Magic and Toronto Raptors.

He played 44 games total in the NBA before moving to the Euroleague.

Archibald represented Great Britain in the 2012 Summer Olympics, then retired from basketball.

Born in Scotland, Archibald finished his prep career in the St. Louis at Lafayette High School in 1998.

Lon Kruger liked Archibald’s skillset and recruited him to Illinois.

“I think people saw potential because he worked hard and had a great attitude,” Kruger said. “It was great to see the progress that he made.”

I reached out to Kruger on Friday night and connected right away. Now the coach at Oklahoma, he was preparing his team for Saturday’s game against Mississippi State in Oklahoma City.

Kruger took the time to talk about his former player.

“He was just a terrific young guy and fun teammate,” Kruger said. “Always about team and a good guy every day in practice.”

“Very difficult,” Kruger said. “It was just a kick in the gut. So sad.”

Kruger first got to know Archibald while pitching Illinois to him.

“He makes a decision to go to your school, so you appreciate the confidence they have in coming into your program,” Kruger said.

“That is hard to believe,” Kruger said.

Dosunmu does it again