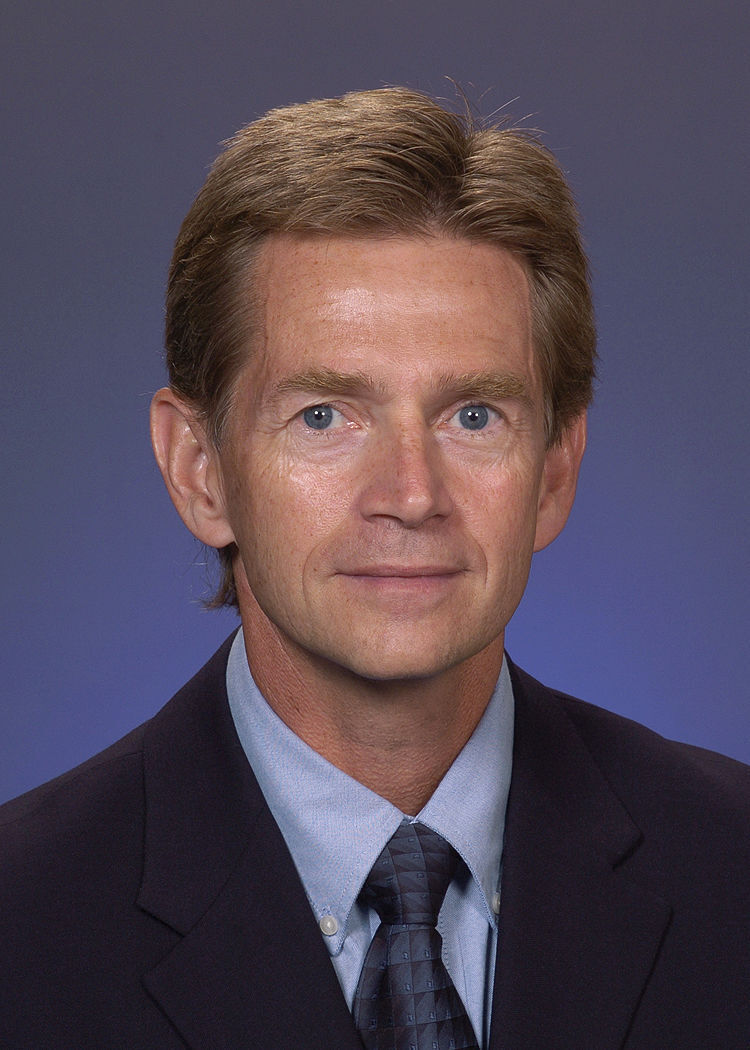 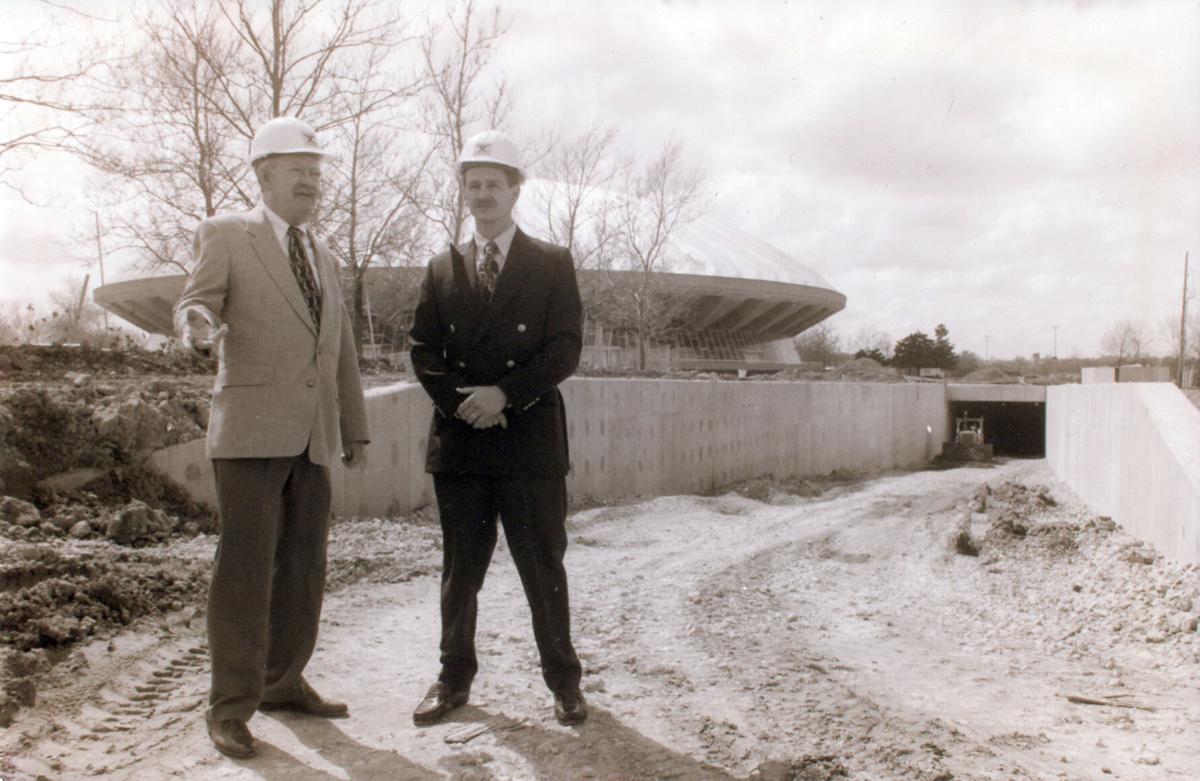 Kevin Ullestad, right, the newly arrived director of what was then the Assembly Hall, stands next to Assistant Director Jim Abel during the 1997 renovation of the tunnel leading into the backstage area. Ullestad retired from his position this week. 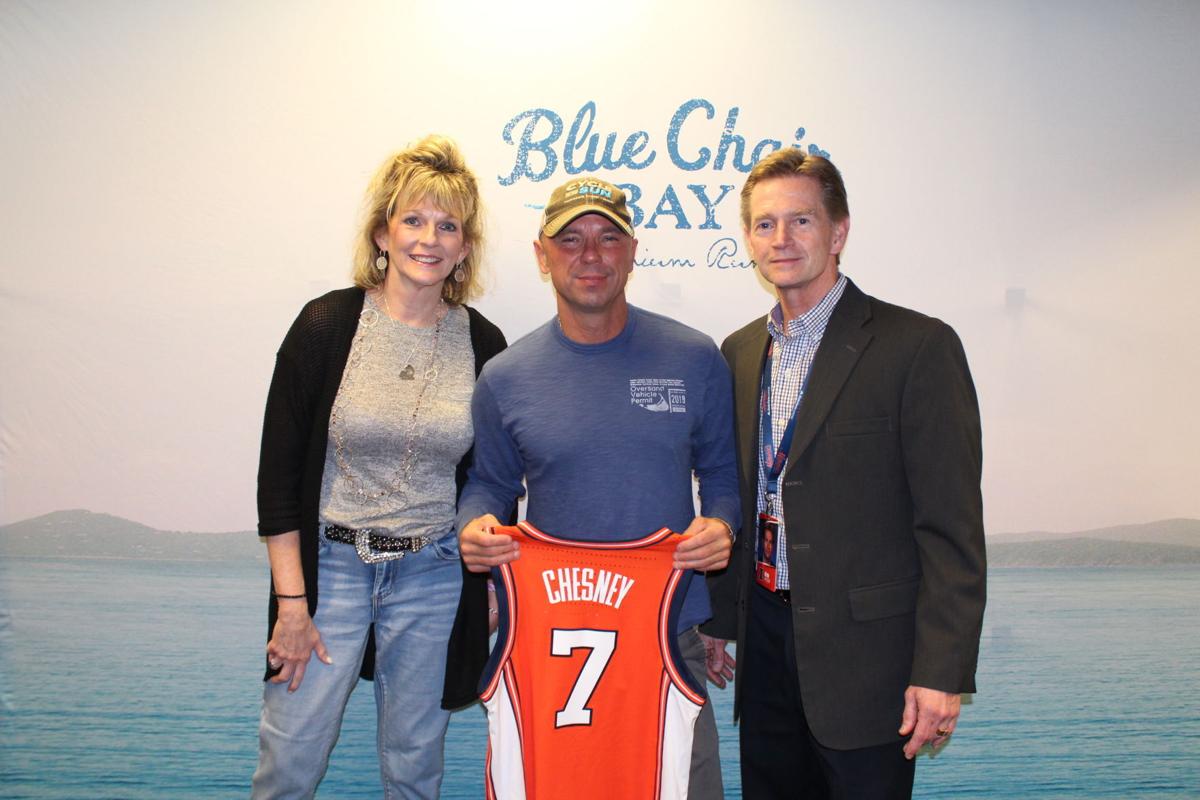 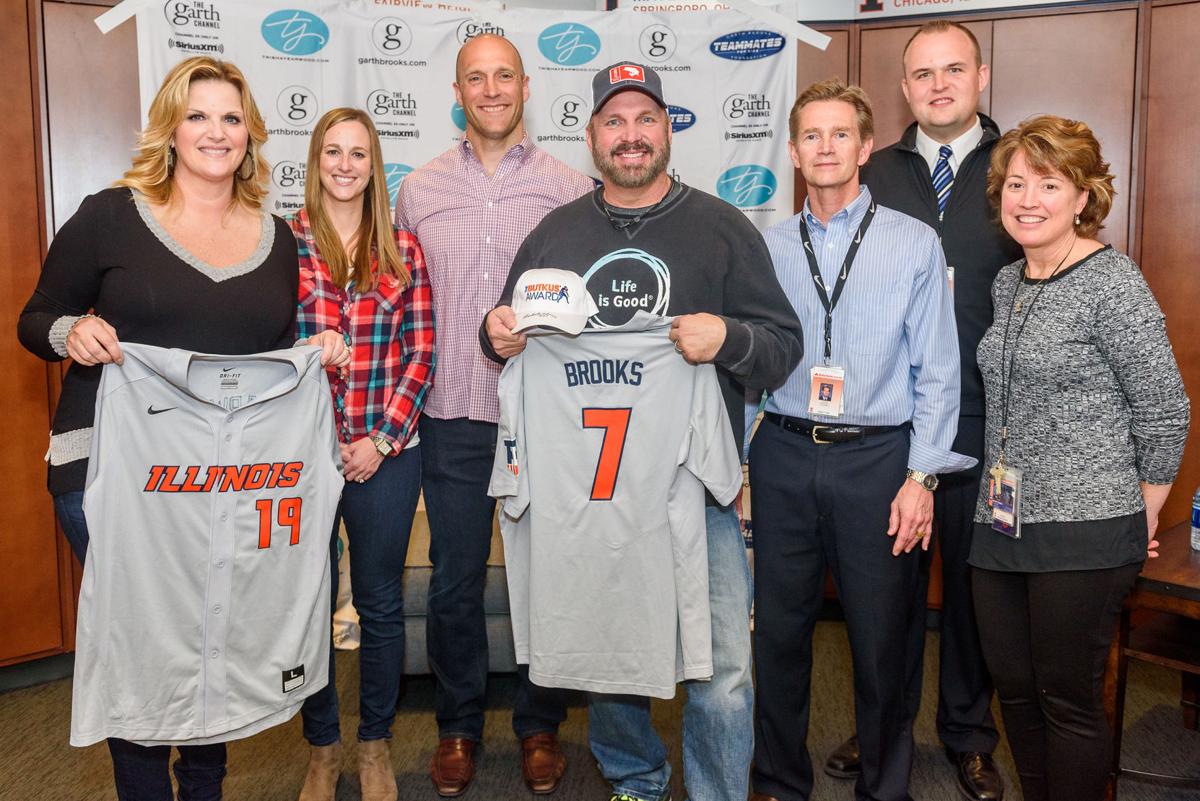 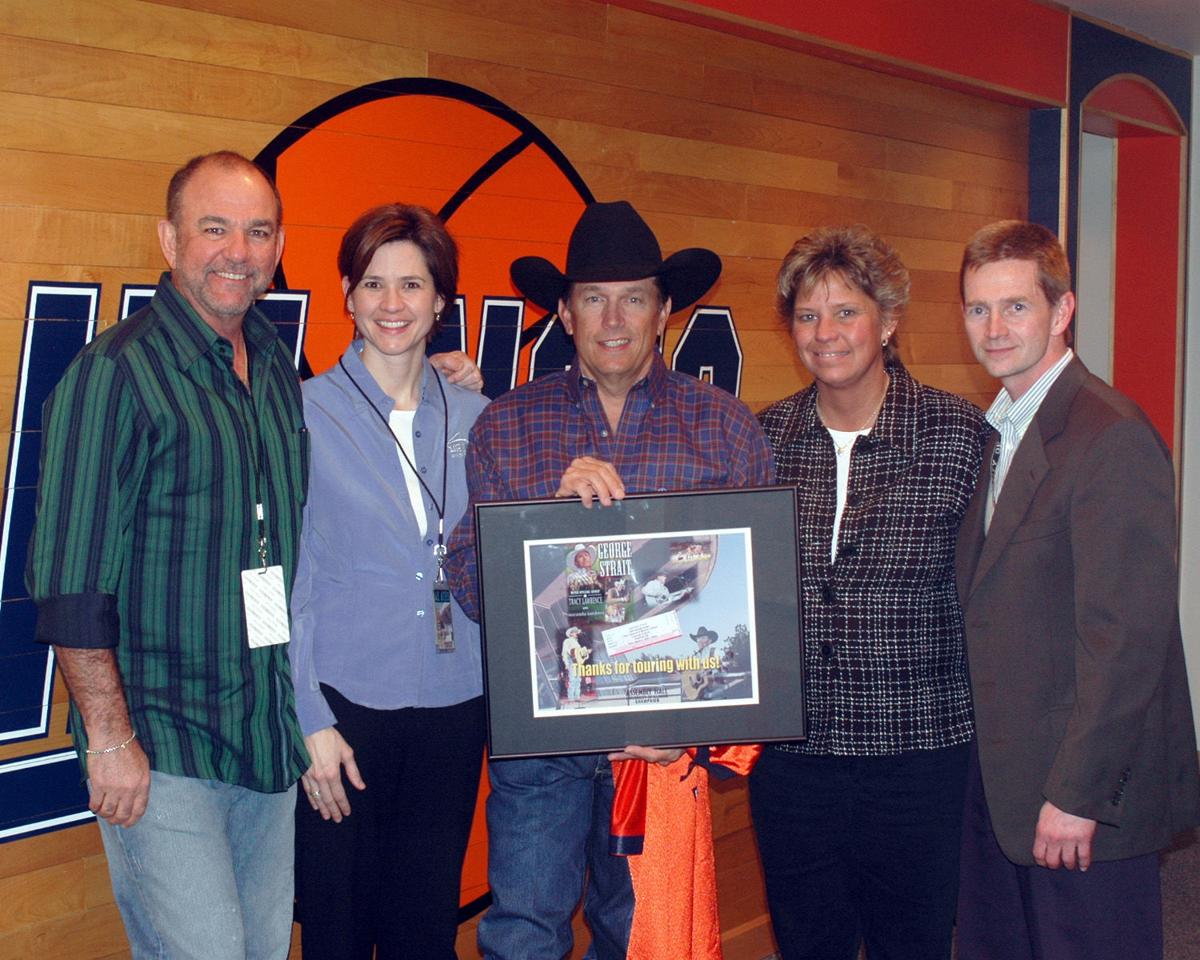 Kevin Ullestad, right, the newly arrived director of what was then the Assembly Hall, stands next to Assistant Director Jim Abel during the 1997 renovation of the tunnel leading into the backstage area. Ullestad retired from his position this week.

CHAMPAIGN — The renovation that was underway at what was then the Assembly Hall shortly after Kevin Ullestad arrived in 1997 was far less noticeable than the one that took place nearly two decades later.

But it was incredibly consequential.

At the time, the tunnel on the east end of the arena was designed for one truck at a time. For shows that were becoming increasingly illustrious, that simply wasn’t cutting it.

“As shows were getting bigger and bigger, more trucks were on the road,” Ullestad said. “It was an average of 10 or 12 trucks per tour, and that made it very difficult. Some of the bigger shows that were being done across the country were dangerously close to bypassing this market. So, the university recognized that.”

A new tunnel was dug out, which led into a renovated backstage area. Now, three trucks could fit at a given time, paving the way for Ullestad to come to Champaign and work on booking a wide array of acts.

Over his 23 years as director of what is now State Farm Center, from which he retired this week, Ullestad is proud of the way he and his staff aggressively pursued a diverse slate of shows.

Garth Brooks sold out the house four times. Kanye West and Jay-Z visited at the height of their popularity. Tom Petty, Florida-Georgia Line, Kenny Chesney, Dave Matthews Band and other popular acts visited — so many that he couldn’t list one that’s most memorable.

Directing a major sports and entertainment venue was the goal since he was a soccer player at the University of Northern Iowa, where he played in the 16,324-seat UNI Dome and was a stagehand for concerts.

That fascination took him to Iowa State, where he worked at Hilton Coliseum, where the Cyclones play basketball. He then ran the West Plains Civic Center in Missouri and the Saginaw (Mich.) Civic Center before the opportunity at the UI opened up.

That chance to return to a major university and run an arena was what he had been waiting for.

He knew the opportunities at the UI were growing. Shortly after the first renovation, talks of a major re-do of the arena began taking place. In 2003 and ’04, he said, the university had an architect on board. Seven years later, it finally made the decision to renovate rather than build a new arena, and in 2014, construction finally began.

“We went through many, many different versions of what a renovation was going to look like,” Ullestad said, “and I think the version that we settled on was Version 5 or 6.”

For around three years, Ullestad and his staff put their bookings on hold, but when he set foot in the completed arena in 2016 for a weekend that included four concerts, it was worth it.

“When we started the renovation, it was kind of an old, tired facility, and once we got it done, it looked like a state-of-the-art facility,” he said. “Once we opened the doors back up, so many of the acts that came through and the promoters they were working with were like, ‘This is a brand-new building, right?’ I was like, ‘Yeah, it is,’ but it’s the new version of the 1963 Assembly Hall.”

After cleaning out his office this week, Ullestad said it will be strange to enter the State Farm Center for shows and games without having to worry about logistical issues that come along with running an event. But he’s satisfied with what he’s done during his 23 years in charge.

“We’re in the business of making memories,” he said, “and the memories made here after 23 years have just been astronomical. It’s been one hell of a ride because we’ve done so much.

“That’s really what it comes down to, creating that live event, seeing the young family come into a Disney show or a ‘Sesame Street’ show and seeing the kids just light up. Because they’ve seen this on TV, but on a stage, it’s an entirely different experience.” he added. “That’s what I think the business is about is the memories you’re creating, because you have such a lasting impact.”