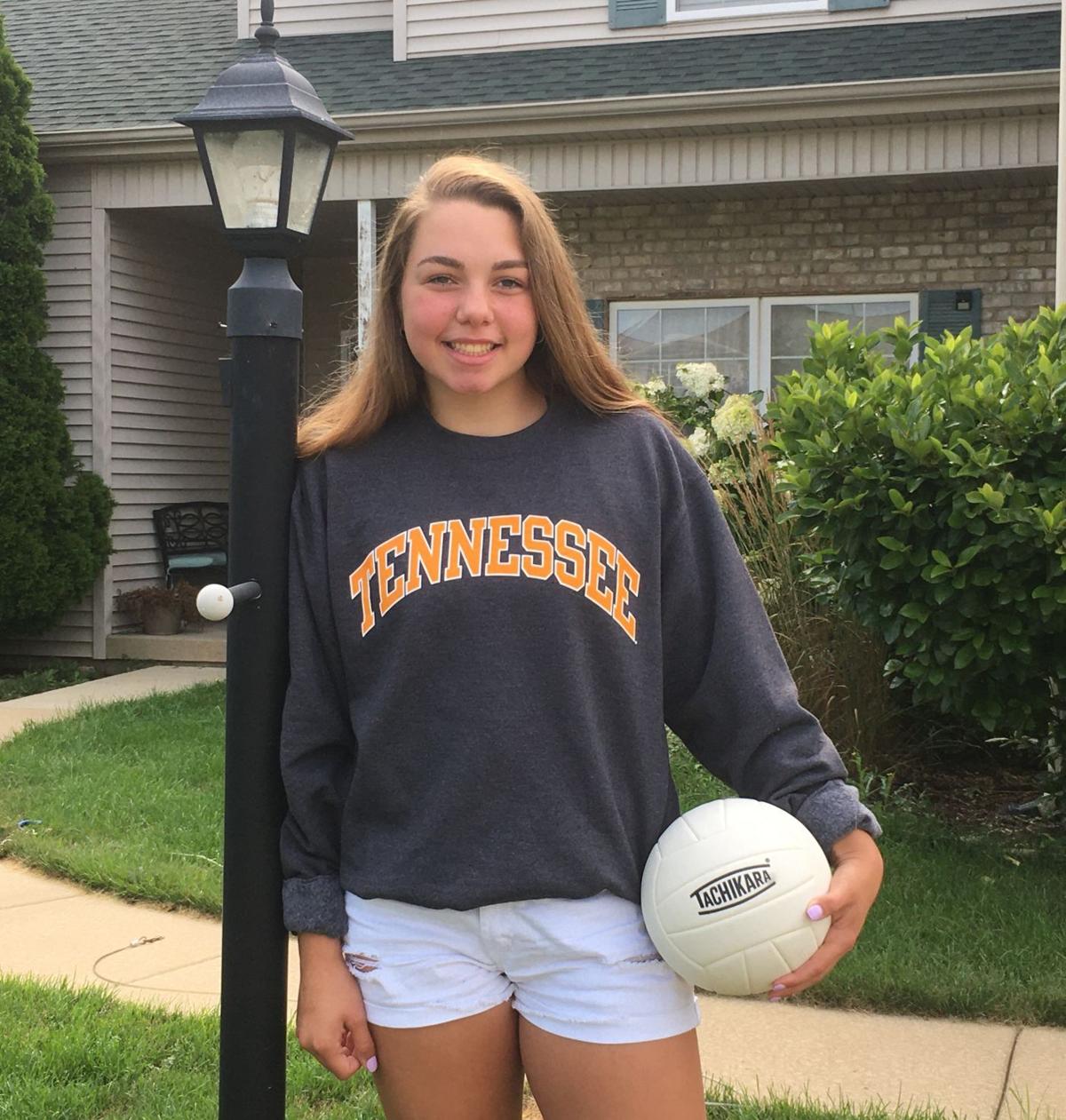 St. Thomas More junior Caroline Kerr poses for a photo Friday in front of her Champaign home, a day after the standout setter Kerr committed to play college volleyball at Tennessee. 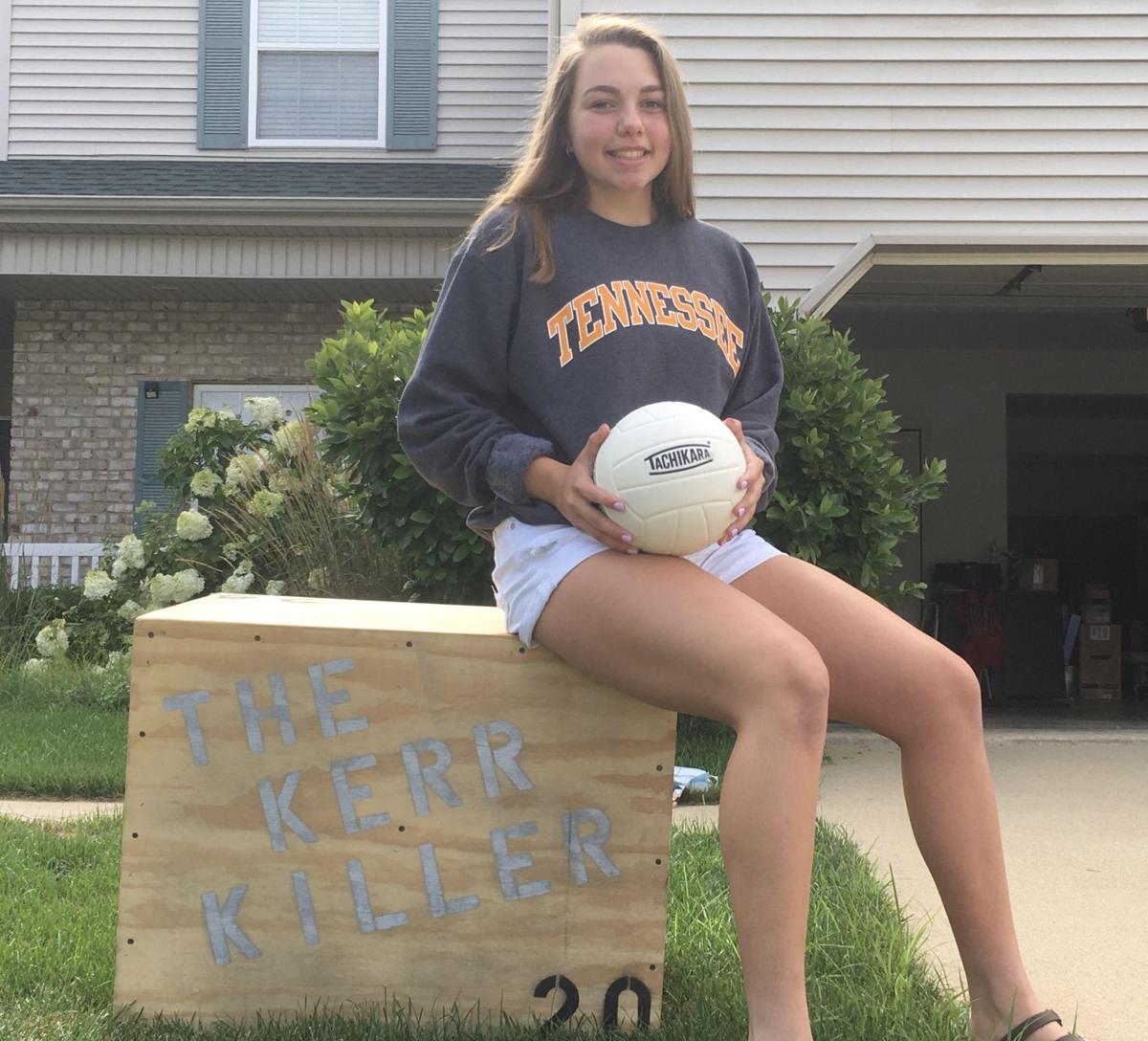 St. Thomas More junior Caroline Kerr poses for a photo Friday in front of her Champaign home, a day after the standout setter Kerr committed to play college volleyball at Tennessee.

CHAMPAIGN — Caroline Kerr described Thursday as the “worst and the best day.”

The best part is easy to explain.

“It doesn’t even feel real right now,” said Kerr, a Sabers junior. “It’s really one of the most amazing things, and I’m just so excited for what it’ll hold for the next level.”

So what was the “worst” part of Thursday for Kerr?

Telling all the other college coaches who recruited her that she’s headed elsewhere, with 10 calls slated for Thursday and a few more on Friday before she publicly announced her decision via social media.

Those included calls to volleyball coaches at Kansas, Memphis and Mississippi State, which Kerr said rounded out her top four schools she was considering before she ultimately decided to connect with third-year Volunteers coach Eve Rackham and her Tennessee program.

“I never had a set date or plan for when I wanted to commit, because I knew it was going to be hard to control with everything happening right now,” said Kerr, referencing the COVID-19 pandemic.

Kerr began receiving D-I interest in eighth grade, though under NCAA recruiting rules she wasn’t delivered her first D-I offer until June 15 of this year.

In that time gap, the 5-foot-11 Kerr has established herself as a leading presence for STM volleyball. As the starting setter her freshman year, she aided the Sabers to third place in Class 2A. She followed that as a sophomore by being part of a Class 3A regional-champion club that finished 35-3.

Kerr’s position on the court played a significant role in her college choice.

“(Tennessee’s staff) could see me personally fitting into their style of program,” Kerr said. “Their head and assistant coaches are both setters, so they know what they want and saw me fitting into the program really well.”

Rackham was North Carolina’s starting setter from 1999 through 2002, while Volunteers assistant Gavin Watt — also Rackham’s husband — set for Scotland’s national and junior national teams between 2004 and 2013.

“They enjoyed my leadership,” Kerr continued. “The way I command myself on the court is a big thing. ... They also talked about intangibles with me — being a good person and being willing to work all the time. Talent can only get you so far.”

Kerr attended a volleyball camp in May 2019 on Tennessee’s campus in Knoxville to gain her first up-close exposure to the Volunteers, and Kerr said she’s been on the phone with someone on Rackham’s staff “every week” since June 15 of this year arrived and such conversations were permitted under NCAA regulations.

“The SEC, I always thought that was a great conference,” Kerr said of Tennessee’s athletic league. “I wanted to go to a program where I could make a difference and win some championships.”

Trame, the two-time reigning News-Gazette All-Area volleyball Player of the Year and 2020 STM graduate has taken her talents to fellow SEC school Alabama.

“She’s the one who really helped me get into the full recruiting process. She’s been part of my journey the whole time,” Kerr said. “We were like, ‘Oh, my gosh, our parents are going to have so much fun. That’ll be the one game we know our parents will always be at because we’re playing each other.’

“I don’t think we could be more excited for each other. I’m excited for Allie that she’s down there and having a great time, but I’m also excited that now I get to play against her.”

Kerr’s next step in a regular year would be gearing up for another fall volleyball run with STM. Of course, 2020 has been anything but regular.

IHSA officials on Wednesday passed a revised 2020-21 athletic calendar that moved volleyball to spring — specifically a season from Feb. 15 through May 1 — amid COVID-19 concerns.

Kerr said she supports the shift, noting that a COVID-19 spike in the near future could have meant a fall season cut short for seniors and other players.

The Sabers graduated Trame but no one else from their 2019 roster and will be in their second campaign under the coaching tutelage of former Illinois volleyball player Kelly McClure.

“No matter when you give us a season, we’re going to be there and we’re going to show up,” said Kerr, who added she might try a new fall sport this year with volleyball not occurring as usual. “I’m so excited for this season. This season will be something special.”

And now that Kerr can officially say she’s following the D-I athletic track, there’s a little extra emphasis to be placed upon all of her volleyball exploits.

“Just getting really consistent, really taking intentional reps the rest of my time,” Kerr said is key to her college preparation. “I’m enjoying this, of course, but what I’m looking at now is, now I’m getting ready to play at the next level.”