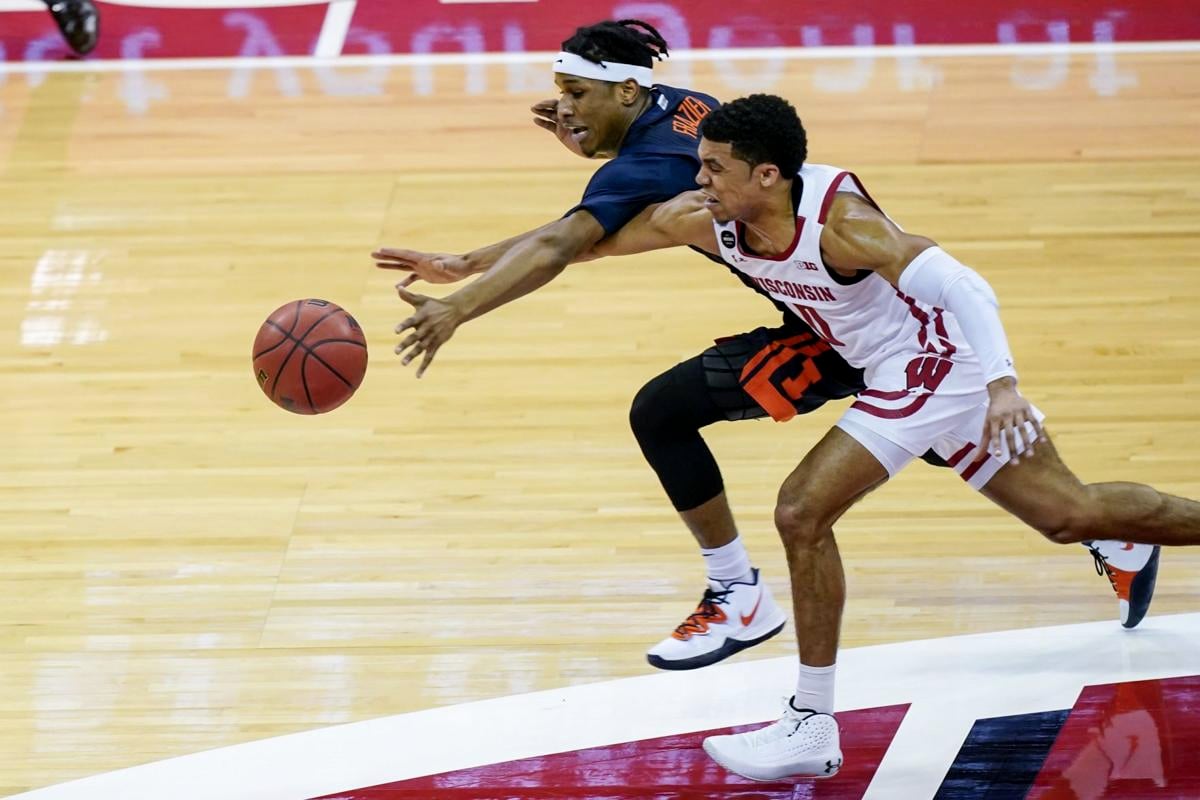 Illinois' Trent Frazier (1) and Wisconsin's D'Mitrik Trice (0) go after a loose ball during the first half of an NCAA college basketball game Wednesday, Jan. 8, 2020, in Madison, Wis. 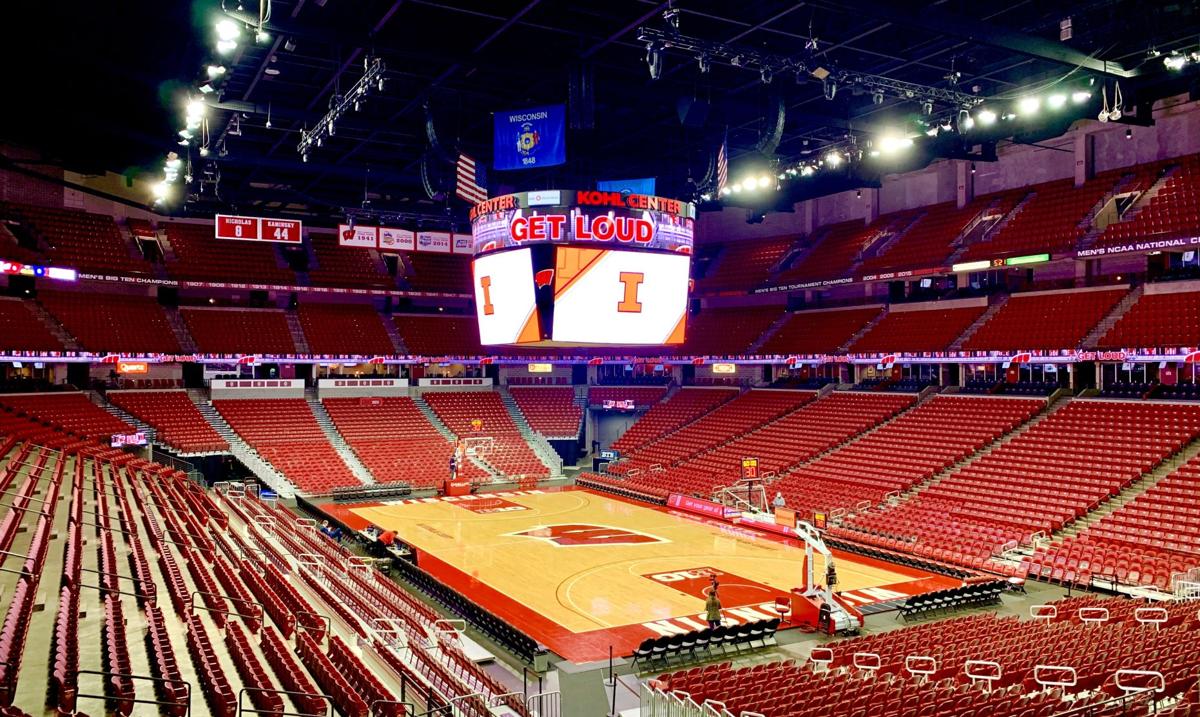 Illinois' Trent Frazier (1) and Wisconsin's D'Mitrik Trice (0) go after a loose ball during the first half of an NCAA college basketball game Wednesday, Jan. 8, 2020, in Madison, Wis.

Be sure to stay right here at IlliniHQ.com for comprehensive coverage of tonight's Illinois-Wisconsin game. Plenty of updates below during the game and then some online exclusive coverage afterward.

Tonight's game is technically an 8:07 p.m. tip for Illinois and Wisconsin, and I could use those 7 minutes on the back end for deadline purposes. It's ... not ideal.

Meanwhile, the starters for both teams are as expected. That means Brad Underwood has kept Alan Griffin right where he wants him, and that's coming off the bench. Griffin is part of what's basically a three-man "sixth man" for Illinois along with Andres Feliz and Kipper Nichols. Look for that trio at the first media timeout.

Some pregame observations and notes from Madison with tipoff coming in about 45 minutes ...

— Benjamin Bosmans-Verdonk still has his right foot in a boot. I'm putting the odds of the Illinois freshman forward making a return this season pretty low. His role was pretty limited before he got hurt, and lower leg injuries have a tendency to linger.

— Illinois is wearing its road blues tonight against Wisconsin. Thanks to my colleague Jeremy Werner for looking it up, the Illini are 0-2 in that look this season (at Arizona and at Maryland if I remember correctly) and 1-15 overall in the Brad Underwood era. Those other 13 losses, though, did come in a different road blue jersey.

— The Illini won the 1,800th game in program history Sunday against Purdue. I don't think I mentioned that anywhere else. That's a lot of wins, and Illinois is just the 18th program in the history of college basketball to hit that mark.

—  Just one Illinois opponent in the past seven games (Michigan State and its most efficient offense in the country) scored more than 64 points.

— Northwestern is currently beating Indiana in Bloomington, as figuring out the Big Ten continues to be impossible. Maybe that's a good omen for Illinois?

This is a big week for Illinois basketball. Not only is tonight a chance to snap a 15-game losing streak to Wisconsin and beat the Badgers in Madison, Wis., for the first time since 2010, but Friday is also Hall of Fame coach Lou Henson's 88th birthday.

Birthday wishes can be emailed to News-Gazette Vice President of News Jim Rossow (jrossow@news-gazette.com), and he'll pass them along to Coach Henson.

Illinois took care of its pseudo "must win" game Sunday night against Purdue, locking up the Boilermakers in a 63-37 victory. The Illini defended their home court, which is going to be a necessity this season in the Big Ten.

Tonight's game against Wisconsin — tip in an hour at the Kohl Center in Madison — doesn't fall under that "must win" category. For a few reasons. One, there have only been three road wins in the Big Ten so far this season. Those odds are against so Illinois, and so is the 4 1/2-point line that favors Wisconsin.

The Badgers have also dominated this series in the past two decades. Wisconsin holds 15 straight wins against Illinois, with the last Illini victory dating back to the 2010-11 season. Illinois' last win in Madison came a season prior. So a win tonight at the Kohl Center would fall more on the side of somewhat unexpected, but pleasant surprise.

A month ago, though, might have been the time to play Wisconsin. The Badgers looked vulnerable following consecutive losses to New Mexico, Richmond and North Carolina State. Moving on in a post-Ethan Happ world was a struggle.

Now? Wisconsin has won four straight, including road games at Tennessee and Ohio State. Yes, the Badgers hold one of those so far elusive Big Ten road victories. Pretty standard Wisconsin basketball in those games, too, save for the 83-64 victory against Milwaukee. The rest? Low scoring, grind it out affairs.

Kind of like the game Illinois just played against Purdue. Should the Illini play the type of defense they did Sunday (as in zero easy shots) an upset might be in the making. Play like they did last week at Michigan State (making basically zero shots) and they might be in for a long night in Wisconsin.

Illinois might have the all-time series lead, but this showdown has belonged to Wisconsin recently given the Badgers have won 15 straight games against the Illini.

Guard showing off his overall game during recent strong stretch