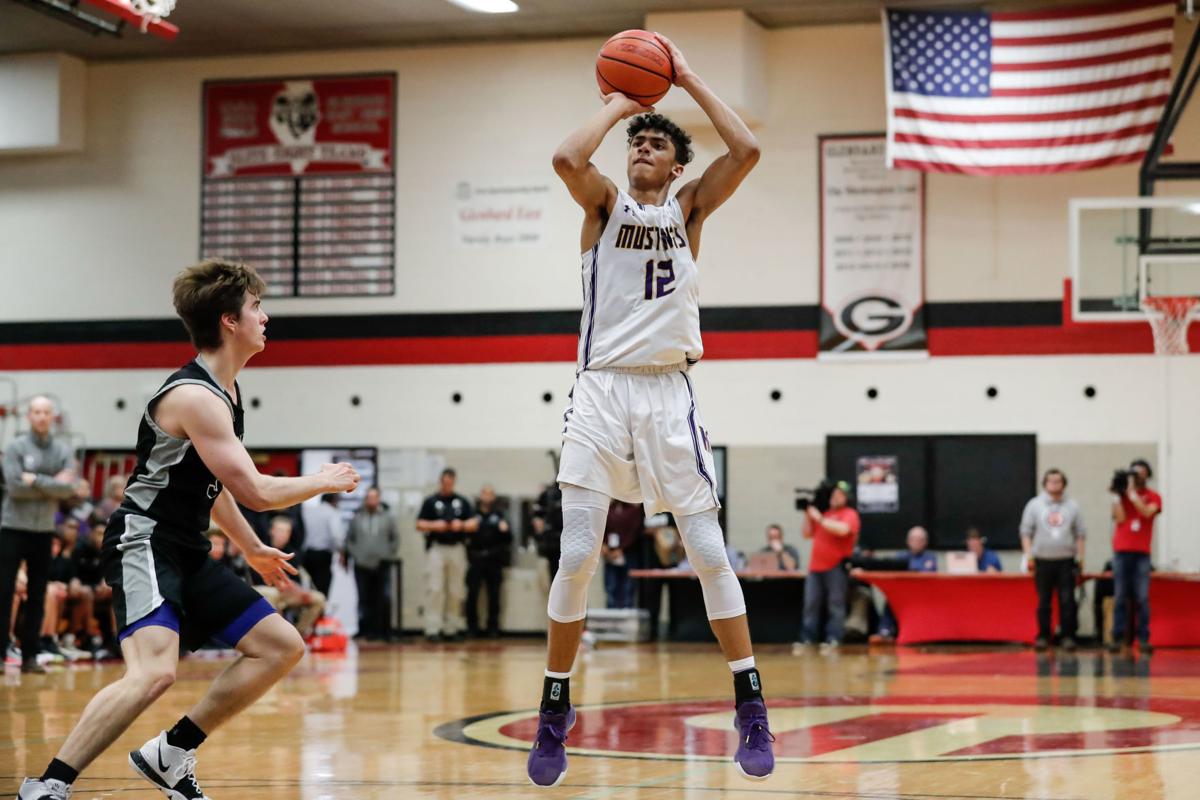 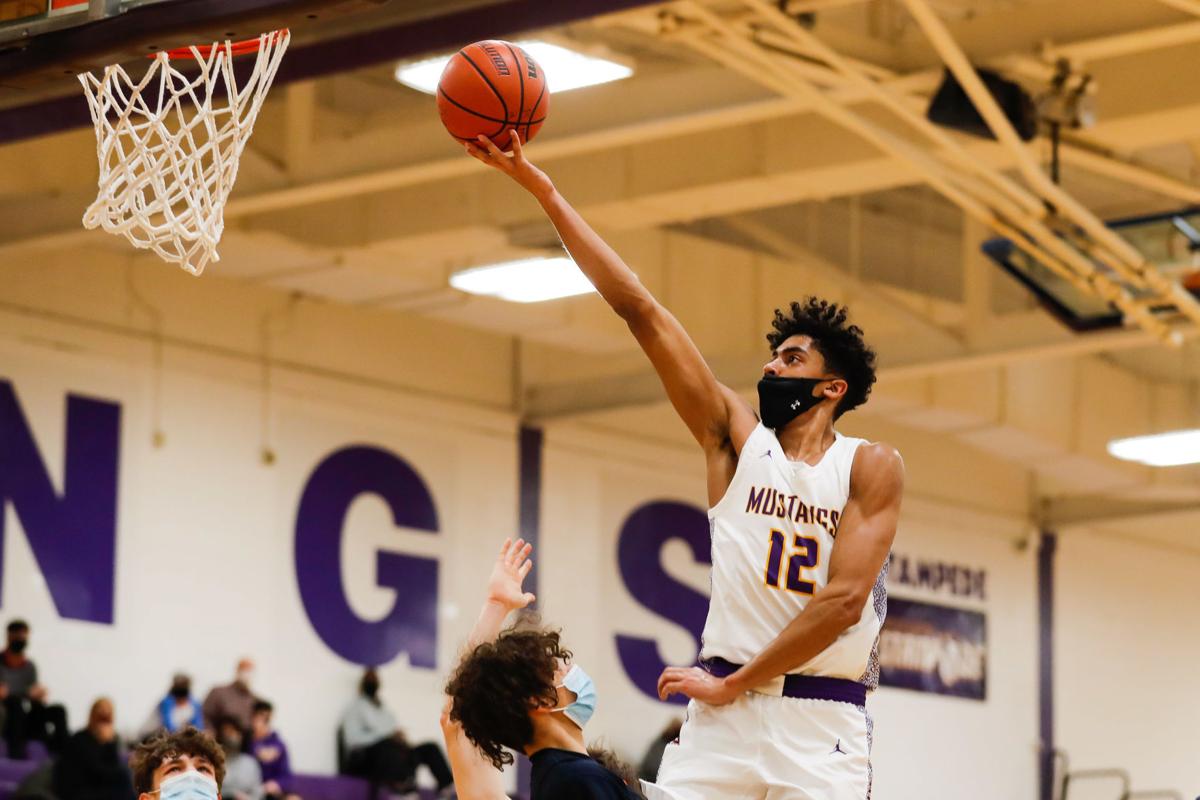 Max Christie soared throughout his high school career at Rolling Meadows, and the Michigan State recruit is The News-Gazette’s All-State Player of the Year in 2021.

Max Christie soared throughout his high school career at Rolling Meadows, and the Michigan State recruit is The News-Gazette’s All-State Player of the Year in 2021.

Going to watch an eighth grader in person? That doesn’t really happen either. Not unless Henricksen, who has covered high school basketball and recruiting in Illinois for more than two decades and is the editor and publisher of City/Suburban Hoops Report, is hearing from multiple people he respects that he needs to get in the gym.

Max Christie was one of those rare eighth graders Henricksen had to see.

“I did and wasn’t disappointed,” Henricksen said. “He was my No. 1-ranked freshman in the Class of 2021, he was the No. 1 sophomore, No. 1 junior and No. 1 senior. For a kid like that to maintain that lofty status and continue to get better, it kind of just validates that he is the real deal.”

Illinois Wolves director Mike Mullins first got Christie on the court the summer before his freshman year at Rolling Meadows High School. Playing up an age group, of course. Mullins also knew even then that Christie was going to be special.

“He’s been the best player in the state for all four years in his class, and the national recognition came quickly,” Mullins said. “He had to carry a team as a freshman in high school, and I put him in that position in our program where he had to carry older teams when he was younger. I’ve done that less than a handful of times in the history of our program, which is going on three decades. He’s been given challenges that few have accepted and even less have thrived on in both areas, and he’s done both with a great deal of poise and resiliency.”

Christie capped his high school career with a slew of awards and recognition. The McDonald’s All-American was also selected to represent Team USA at the Nike Hoop Summit, even though the game won’t be played this year because of the COVID-19 pandemic. And after leading Rolling Meadows to a 15-0 record, Mid-Suburban League title and averaging 24 points, 10 rebounds, four assists, three steals and two blocks per game, Christie added 2021 News-Gazette All-State Player of the Year honors to his résumé, too.

This basketball season wasn’t always guaranteed because of the pandemic. Rolling Meadows had a strong group around Christie, and getting to state for the first time since 1990 was the goal. A shortened season meant altering that goal a little bit.

“Once we realized (the postseason) wasn’t going to happen, we wanted to make sure we could control what we could control,” Rolling Meadows coach Kevin Katovich said. “The kids had the goals of going undefeated and winning the conference. We accomplished all that. It was a bittersweet season, but we were just really glad we got to play.”

The uncertainty of a high school basketball season even happening in Illinois sent a slew of players out of the state in search of a guaranteed opportunity.

He’s always stayed, even when there were other opportunities — dating back as far as sixth grade — to bail on Rolling Meadows for more high-profile teams. Playing his senior season elsewhere didn’t even cross his mind.

“We thought the season was going to go on at some point in Illinois, and we trusted that,” Christie said. “I just felt there was no reason for me to leave. There’s a lot of prep schools and everything, but Rolling Meadows did a great job of giving some support and keeping me grounded and where I am for four years.

“There was no reason for me to turn my back on them after all they’d given to me. I also saw it as a challenge to bring us back on the map. I took on that challenge wholeheartedly, and I wanted to make sure that I accomplished it before I left.”

Katovich would argue Christie accomplished that goal. He’d also argue Christie doesn’t realize how much he did not only for Rolling Meadows, but the Mid-Suburban League and the area.

“He loved the idea of putting Rolling Meadows on the map,” Henricksen added. “He loved the idea of playing with his buddies and friends who he’s known and grown up with and playing with his younger brother. All the things that should be important to high schools kids were indeed important to him. … He’s the ultimate teammate who happens to be a superstar.”

Staying at Rolling Meadows in lieu of higher-profile opportunities didn’t exactly hold Christie back either. The 6-foot-7, 200-pound future Michigan State guard is a consensus five-star recruit, ranked as high as No. 13 overall and listed as the top shooting guard nationally in the Class of 2021 by 247Sports.

“Max could have gone anywhere in the country from the time he walked into high school and played on ESPN three times a week and in national prep tournaments,” Mullins said. “He stayed and built himself within his own community and his own high school. His loyalty to them, to his teammates with the Wolves and our program, is rarer and rarer these days.

“He set an example that you can get everything you want right here if you’re willing to work and have the patience to do that. He’s the most celebrated in the state. He got everything he wanted out of it — team-wise and individually — in spite of the pandemic.”

Leaving Rolling Meadows would have altered Christie’s growing legacy. As it stands, he became an overwhelming hit with kids and young basketball players throughout the Chicagoland area.

The enduring moment that sticks with Katovich happened at the Jack Tosh Holiday Classic in 2019, hosted by York High School in Elmhurst.

Christie had missed a last-second shot that would have given Rolling Meadows the win, took the blame for the loss and was pretty hard on himself.

“We were leaving the locker room, and I’m not kidding, there were 40 little kids out there wanting pictures and autographs,” Katovich said. “He took every picture, signed every autograph, because he understands that people — and kids especially — are looking up to him.”

Christie had his own idols growing up — future pros from the city like Jabari Parker and Jahlil Okafor, and then Tyler Ulis and Jalen Brunson. Christie took to heart the fact he’s now in that position.

“I remember I was a young kid like that looking up to these high school players and wanting a picture,” Christie said. “I didn’t want to be that type of person where I saw them as kids in the way. I wanted to give them attention and make sure they felt like I noticed them and appreciated them for their support. It felt really good to be in that position where I’m able to inspire some of these young kids today to be the best version of themselves.”

That’s the kind of maturity that Mullins saw even when Christie first got in the gym with the Illinois Wolves as an eighth grader. It’s a maturity that’s grown along with his game the past four years.

“When you get to this level and then you go to college, what separates are those who have been challenged and experienced some setbacks and some failure and have what I call an ability to save themselves,” Mullins said. “They have a resiliency that’s beyond their age. Max has that.”