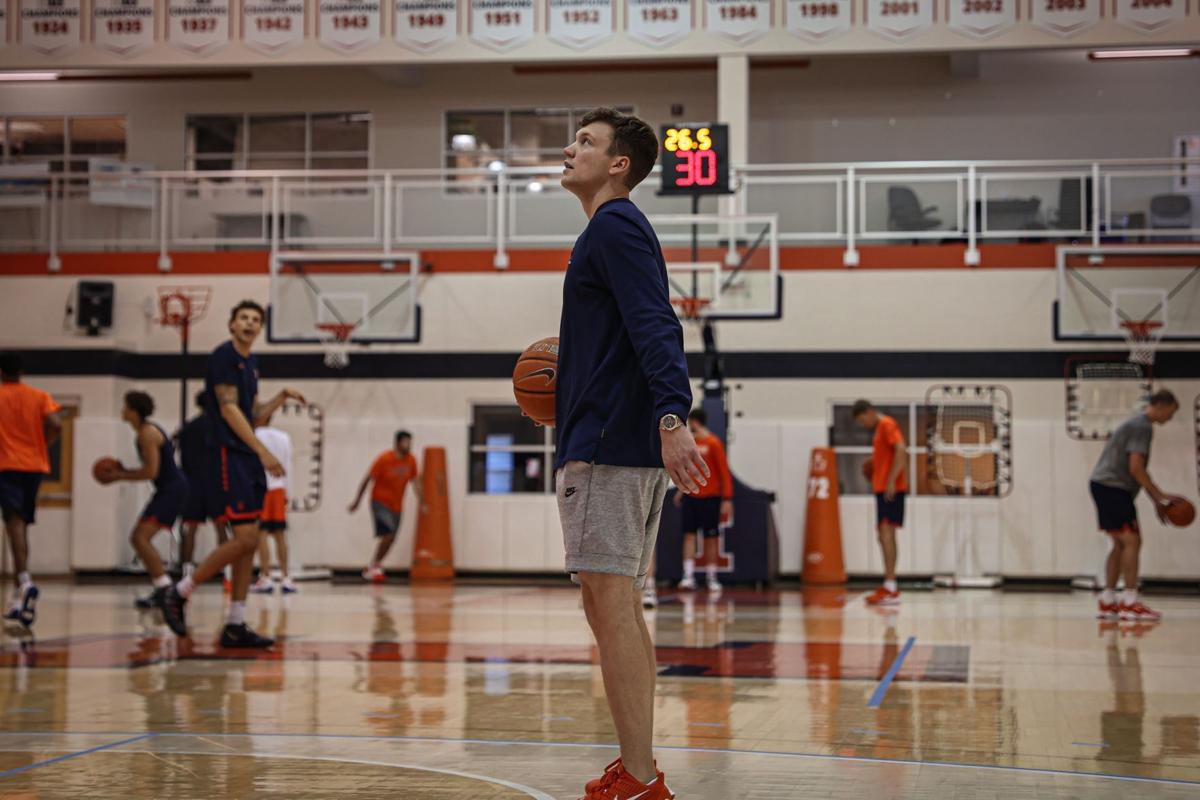 Illinois director of recruiting and scouting Tyler Underwood works with the team during a July 7 workout at Ubben Basketball Complex in Champaign. 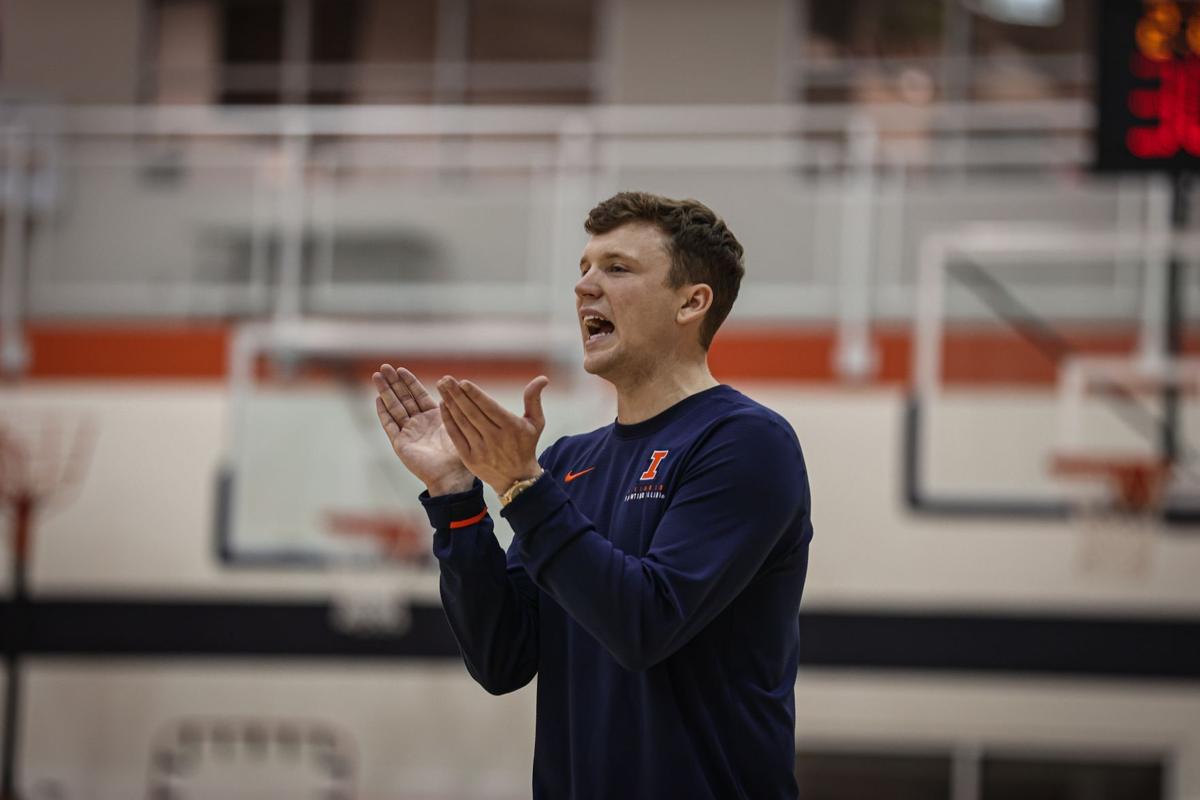 Illinois director of recruiting and scouting Tyler Underwood works with the team during a July 7 workout at Ubben Basketball Complex in Champaign.

CHAMPAIGN — This offseason has been a perfect storm of circumstances for Tyler Underwood as he transitions from walk-on Illinois guard to the program’s director of recruiting and scouting.

The Illini’s assistant coach turnover created the opportunity for Underwood to get special dispensation to be on the road recruiting. That was true when only Chester Frazier and Geoff Alexander were on staff and remains true through the rest of the evaluation periods this month, with Tim Anderson not set to officially join the program until July 26.

Underwood has also gotten an opportunity to get on the court and help lead the team in summer workouts. The NCAA approved a waiver in early June that allows instruction by non-coaching staff members through the summer.

“It’s been a blessing for me,” Underwood said. “I’ve had an unbelievable opportunity to get my feet wet in the business on both sides. Honestly, it’s a heck of a way to start your career — you’re thrown right into the fire.”

Tyler Underwood will come off the road as a recruiter once Anderson starts. His efforts on the court with the team, though, are something Illinois coach Brad Underwood —who still has one more non-coaching staff position to fill — said he hopes the NCAA will continue to allow.

“I hope we continue with that in the fall,” Brad Underwood said. “There’s no harm in that, and that’s what guys get in this business for is to teach and to help young people grow. It’s only been for the summer, but for guys to get hands on players and teach, it’s what we do and what they all want to do. To have that experience is invaluable.”

A new position at Illinois wasn’t always a guarantee for Tyler Underwood following the end of the 2020-21 college basketball season. With three Illinois degrees in hand — bachelor’s in sociology and master’s in both recreation, sport and tourism and management — he said he was exploring some options at the NBA level. He considers himself lucky to get the chance to stay with the Illini.

“I’m an Illinois alum,” Tyler Underwood said. “This is my home, in a way. I’ve grown to love this place. I love Champaign. I love Illini nation. I love every guy in the locker room. Being able to stay around and be a part of continuing to grow what we’ve already built here means more to me. I have a passion for this place, and it’s been great for me and great to me. I’ve grown so much in my time here. To continue on that is pretty cool.”

Tyler Underwood’s role as director of recruiting and scouting will be heavy with behind-the-scenes work. On the recruiting front, he’ll maintain the database of recruits and constantly evaluate film on potential prospects. Keeping an eye on the transfer portal throughout the year will also be important.

This month, even as he’s on the road himself, Tyler Underwood also coordinates the rest of the coaching staff’s schedule for the evaluation periods. All three shoe brand leagues — Nike, Under Armour and adidas — played this weekend. Detailing game times and which coach (or coaches) would see which recruit was part of the job, too. The fall will include scheduling and coordinating official and unofficial visits.

Tyler Underwood got a preview of the scouting aspect of his new gig last season when he sat in on meetings with the coaching staff to break down film and develop game plans.

“Last year was a great experience for me,” Tyler said. “I’ve always thought like a coach more. My dad has always been one of the best offensive coaches, in my opinion, so growing up with him and getting to pick his brain has put me ahead of the curve in that regard. Really getting to dive into film last year and help the staff with game plans and see how they saw it has definitely helped make it easier on me so far.”

Part of the adjustment in the new role for Tyler Underwood is transitioning from teammate to coach.

“Trent (Frazier) goes, ‘It’s going to be a real problem when he can make me run,’” Brad Underwood joked.

“I haven’t made him run yet,” Tyler Underwood quipped. “I’ve always had a great relationship with those guys. I was always an older guy, so I was in a leadership role. Now, it’s separating the player-coach side. It’s harder to be their friend off the court. I don’t spend as much time with them off the court. On the court, I’ve got to be more definitive and authoritative, I guess would be the word, but I think they respect me, and that hasn’t been an issue thus far.”