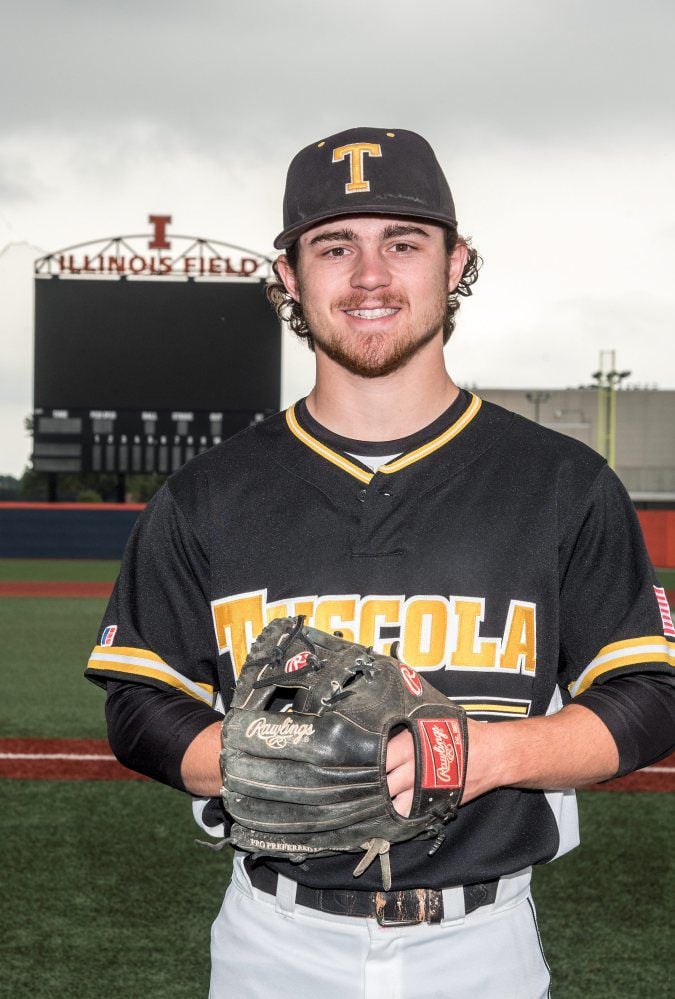 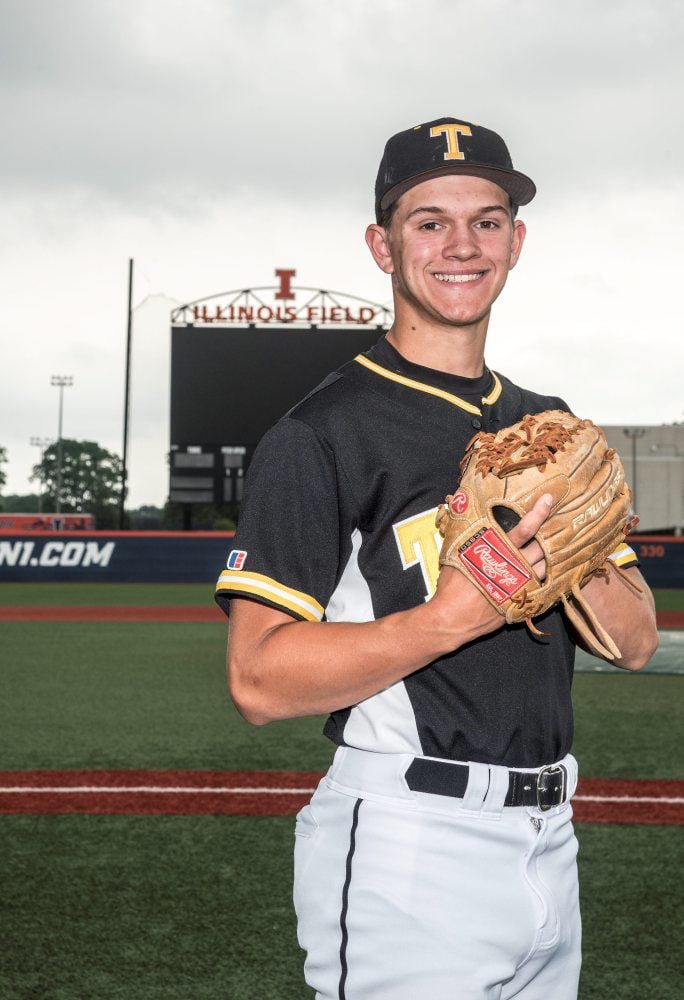 The Tuscola product was looking forward to getting back on the field for Kaskaskia College baseball, salvaging some of his second season alongside fellow former Warriors and current Blue Angels Dalton Hoel and Cade Kresin.

“I’ve been on the mound a couple times, been throwing a lot of pitches,” Pierce said last week during a workout with Hoel in Tuscola. “I should’ve been back in about a month or so.”

Instead, Pierce’s return to the diamond will be delayed further, with all of Kaskaskia’s spring athletics canceled by the NJCAA in response to the coronavirus pandemic.

“There wasn’t a whole lot of emotion. It was something that was completely unexpected,” Pierce said. “Everything was completely fine, and 12 hours later ... we were packing up and moving home.”

An NJCAA press release last week indicated “no spring sport student-athlete who was enrolled at a member college in 2020 will be charged a year of participation,” opening the door for sophomores to return to their two-year colleges.

That status applies to Hoel. It would apply to Pierce, had he not already obtained a medical redshirt after missing most of his freshman campaign because of his elbow injury.

But both guys admitted they don’t know quite what’s next in their respective baseball careers.

“It would be tough to take (the extra year of eligibility) there because of the classes I’m taking. I’m already in line to be done with everything,” Hoel said. “I’ll definitely look into the opportunity to move on to another school and have three years of eligibility there and pursue a degree in business.”

“I’d like to see if I could take this to another level and find some other four-year school to play at,” Pierce added.

College recruiting, at all levels, has taken a hit as college athletic organizations attempt to slow the spread of coronavirus. For example, that aforementioned NJCAA press release included this note: “All on and off-campus recruiting for all sports will be halted until April 15.”

So, guys like Hoel and Pierce, both 2018 Tuscola graduates who helped the Warriors to a Class 2A third-place state finish that year, must put in work on their own.

As a means of keeping coaches’ eyes on them once recruiting gets back to normal.

“We’re in the weight room every day,” Hoel said. “We’re not giving up on the idea of playing next year at all. At the same time, we’re still upset how our season ended.”

Hoel had started all 13 of Kaskaskia’s games this year before the rest of the schedule was wiped out. The 2018 News-Gazette All-Area baseball Player of the Year and male Athlete of the Year was batting .350 with team bests in hits (14), RBI (eight) and walks (nine).

“We spent our first two weeks in Mississippi playing our first eight games against guys playing in their 20th and 30th game,” Hoel said of the Blue Angels, who end their 2020 season with a 5-8 record. “We were starting to kind of come around there. We won a conference series the weekend prior to things getting canceled.”

Hoel said Pierce’s impending return would have made Kaskaskia baseball that much stronger, with the left-handed hurler boasting an “arm (that) can win us any game in the conference.”

Pierce would have relished the opportunity to take the bump against any foe in 2020. His first-ever college season of 2019 lasted two starts before Pierce suffered his elbow injury warming up for start No. 3. After just 11 innings, he was finished.

“The baseball part really sucks,” Pierce said. “All the work you put in goes down. The thing that really sucks is all the friends you won’t be able to see as often anymore.

“... You want to know how your season ends. It shouldn’t come to an end so suddenly.”

Hoel and Pierce discovered an upside to their current situation in the form of their longtime friendship.

Being able to both work out and commiserate with one another, and with 2019 Tuscola alumnus Kresin, has proven beneficial as they try to prepare for whatever might be next on the diamond.

Pierce is somewhat more accustomed to not being in his traditional baseball regimen, thanks to that elbow injury. So there’s a little extra incentive for him to bounce back from this latest setback.

“It’s going to be quite the experience,” Pierce said. “I just want to be on the mound with a clear mind, doing what I love to do.”