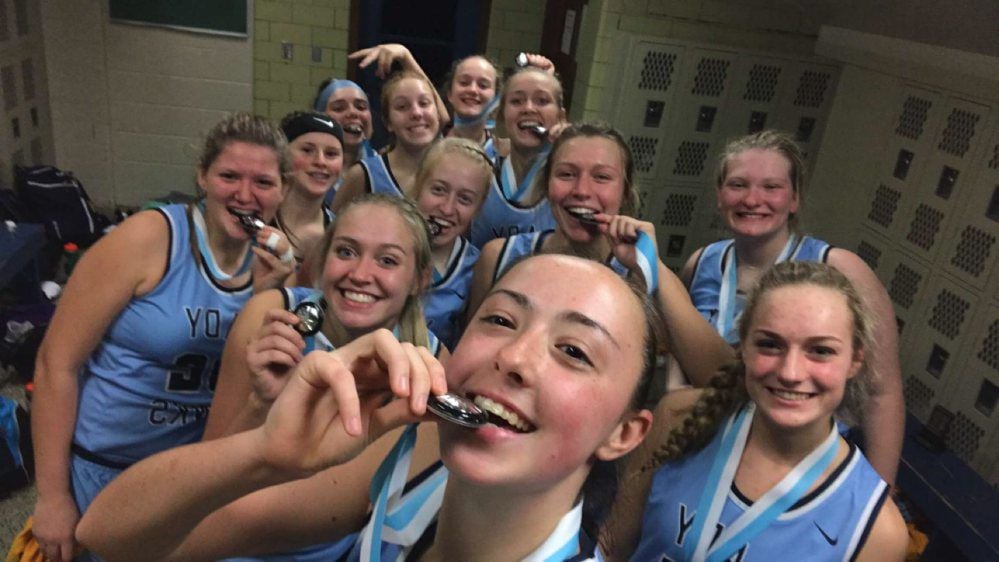 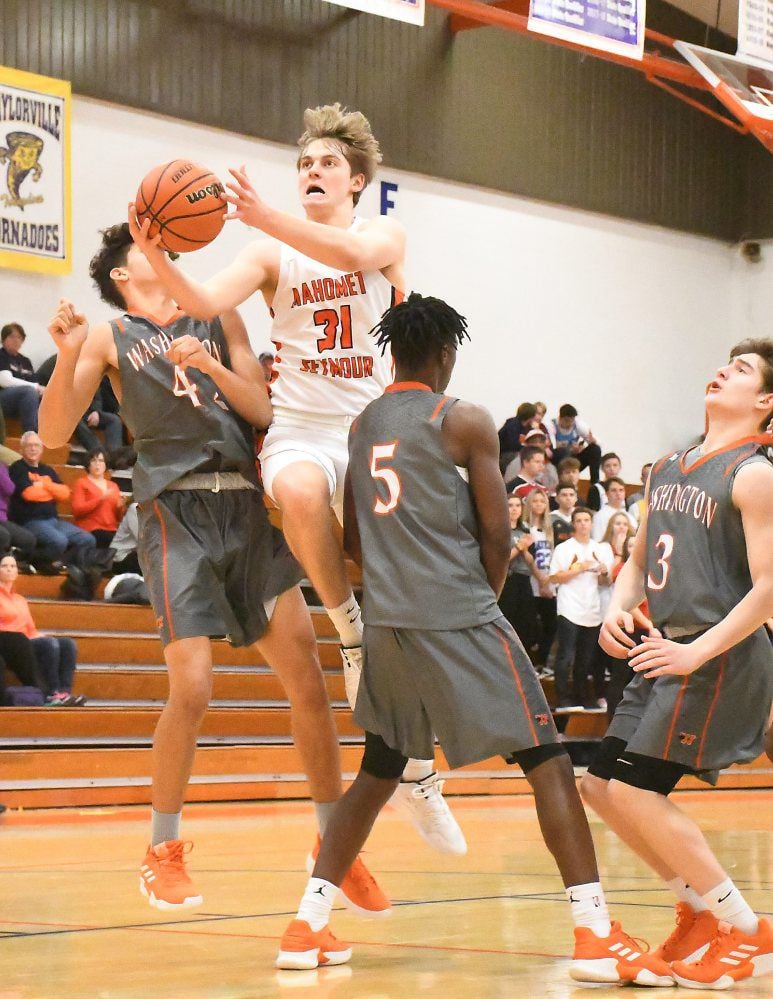 Why she’s Athlete of the Week: The senior was a consistently dominant presence all over the floor during the Hawks’ five-game win streak leading into the Class 2A postseason. She posted 10 points, 11 rebounds, seven assists and three steals against Rantoul, put up 21 points, five rebounds, three steals and three assists versus Williamsville, contributed 16 points, nine rebounds, four steals, three assists and two blocked shots against Chillicothe IVC and rounded out with 10 points, 12 rebounds, four assists and four steals versus St. Thomas More.

From Haberkorn: “I’m hoping it stays (this good). I feel like my teammates are looking for me more, and I think that we’re going to blow through regionals.”

I need tickets to see ... Trippie Redd. I really like him.

One movie I could watch over and over again is ... “The Lion King.” It’s really cute.

If I could choose one superpower, it would be ... to read other people’s minds. I’m kind of a little nosy.

The social media platform I use most is ... Twitter. It has a lot of funny stuff on it.

My biggest pet peeve is ... when people chew loudly.

My best basketball memory is ... probably (Thursday) night, when we broke our school record for wins in a season. It was just really cool to be there and be a part of it.

Before a game ... I listen to music, do homework and take a nap.

In five years, I see myself ... hopefully making lots of money.

Why he’s Athlete of the Week: The senior and Milwaukee signee had a big say in a trio of Bulldog victories. Coleman first boasted 24 points in just 17 minutes on the floor as M-S rallied past Rantoul, then dished out 20 points in a strong nonconference victory at Normal Community and lastly put up 21 points, five rebounds, three assists, three steals and two blocked shots in a triumph at Mt. Zion.

From Coleman: “My teammates have been sharing the ball pretty well with me and getting me in open spots, setting good screens. I feel like my shot’s on, and everyone’s pretty confident. I feed off everyone else’s energy, and they start helping me out (that way). I’m feeling pretty good.”

I need tickets to see ... an NBA game — probably just the Bulls because it’s the closest. I just really like basketball and going in the atmosphere with a bunch of people watching the game, getting excited.

One movie I could watch over and over again is ... any of the “Fast and Furious” movies. I just like the action. It’s my favorite movie series of all time. I like cars, too.

If I could choose one superpower, it would be ... to fly, so I could travel anywhere anytime I want and get around really easily.

The social media platform I use most is ... Instagram. There’s a lot of really funny accounts, and it always gives me a good laugh. Also, to see what my friends have been up, it’s a good way to non-verbally communicate with people.

My biggest pet peeve is ... waiting on things.

My best basketball memory is ... winning regionals my sophomore year was pretty exciting. With the home crowd and everyone rushing the court, we all got excited. It was really fun.

My most embarrassing basketball memory is ... air-balling a free throw is pretty embarrassing. That’s probably the worst.

Before a game ... I chew a piece of gum during warmups. It has to be the same flavor every time. And I eat two snack-sized bags of Doritos during lunch.

After a game ... I ride the bus home with my teammates, and we listen to music on a loudspeaker and just have fun on the way back.

In five years, I see myself ... hopefully in the NBA.