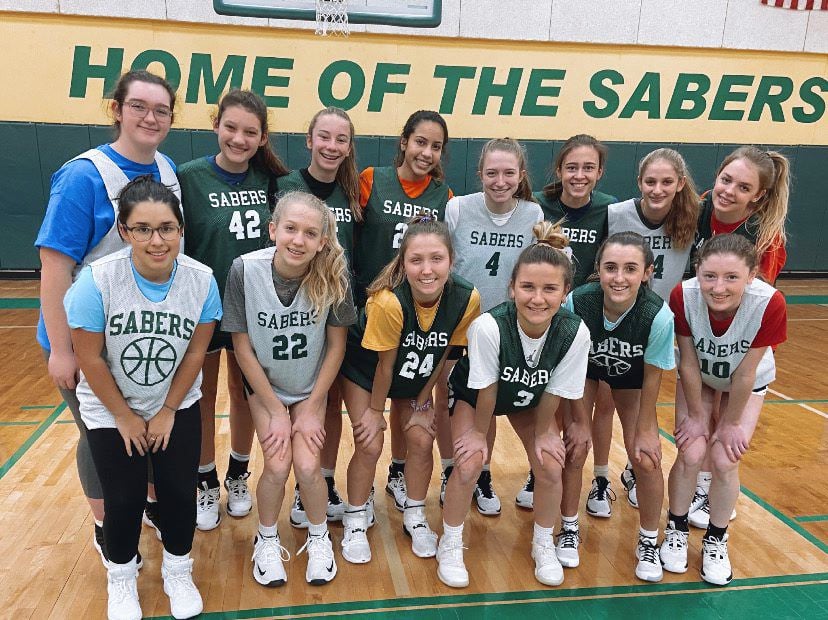 St. Thomas More freshman girls’ basketball player Kennedy Ramshaw, fourth from left in the back row, with her Sabers’ teammates during a recent practice. 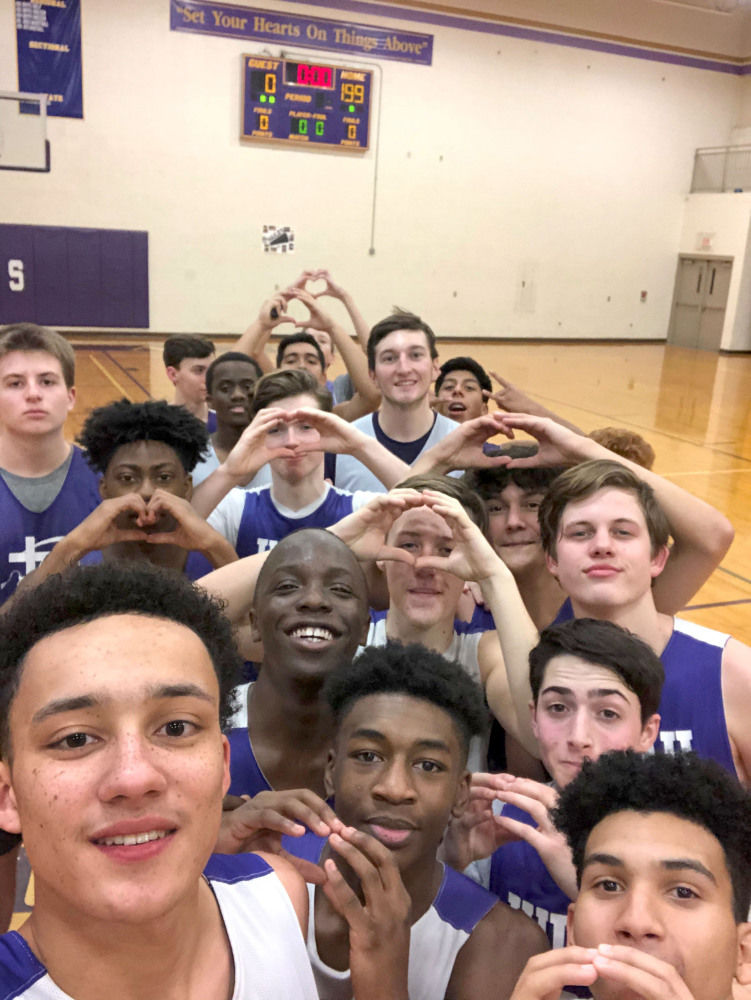 Why she’s Athlete of the Week: The freshman continued her breakout first high school basketball season with three strong outings across two wins and a one-point loss recently for the Sabers. Ramshaw bucketed 22 points in a 49-32 home victory over big-school Centennial on Jan. 16, put down 24 points in a 51-42 Illini Prairie Conference home win versus Chillicothe Illinois Valley Central on Jan. 18 and tallied 11 points in a narrow 32-31 home setback against Unity this past Monday. Ramshaw and the Sabers are set to get back in action at 7 p.m. on Monday at Monticello in another Illini Prairie game.

From Ramshaw: “I’m really happy with how this season’s going so far. At first, it was a little iffy because I was new, I was a freshman. But it’s been really great. At first it was only me shooting, but now everyone’s shooting. ... It’s really great. I love to see how everyone’s growing and working hard, and we’re just really excelling.”

I need tickets to see ... Khalid. I really like his music. It’s chill and it’s good.

One movie I could watch over and over again is ... “Revenge of the Bridesmaids.” I don’t know why — I just really like it.

If I could choose one superpower, it would be ... to cut in lines, because I hate waiting in lines.

The social media platform I use most is ... Snapchat. I just like snapping my friends and talking to my friends.

My biggest pet peeve is ... when people say that somebody’s food looks gross.

My best basketball memory is ... in fifth grade, I had a game-winning shot. It was with three seconds left and it was a layup, and I made it to win a tournament.

My most embarrassing basketball memory is ... missing a wide-open layup.

Before a game ... I listen to music and sometimes I eat, and I just focus and visualize what I’m going to do in the game.

After a game ... I usually eat again and I just talk with my family about the game.

In five years, I see myself ... playing basketball for a college. I don’t know which one.

Why he’s Athlete of the Week: The senior erupted offensively in a pair of Tribe triumphs that moved the program to 12 games over .500 and ran its winning streak to five games entering this weekend. Jackson sank 11 of 14 free throws on his way to 21 points in a 62-55 home win over Villa Grove/Heritage on Jan. 18, then drilled 11 two-point field goals and finished with 32 points in a 57-38 East Central Illinois Conference victory versus Arthur Christian School this past Monday in Champaign. After the Tribe were scheduled to host Decatur Christian and Milford this past weekend, Jackson and his teammates are set to get back in action this upcoming Friday night with a 7:30 p.m. game at Cornerstone.

From Jackson: “Early in the season we had some ups and downs and had to work some minor things out. Some of it was that we lost eight seniors last year and had to adjust. Recently, we have been playing well and look to keep doing so down the line into the postseason.”

I need tickets to see ... the Super Bowl. It’s one of the biggest events in America, and it’d be big to be part of that.

One movie I could watch over and over again is ... “Black Panther.” I’ve seen it five or six times. I love that movie.

If I could choose one superpower, it would be ... to fly. I could go anywhere I wanted to whenever I wanted to without needing gas.

The social media platform I use most is ... Snapchat. I really don’t use social media that much, but Snapchat is a good way to talk to friends.

My biggest pet peeve is ... either people eating in my ear or looking over my shoulder at my phone.

My best basketball memory is ... winning regionals sophomore and junior year. It was really cool, because it was the first two times in school history.

My most embarrassing basketball memory is ... in junior high, the half was about to end and I didn’t look at the clock. I shot it from full court with 10 seconds left.

After a game ... I normally go home and either finish up homework or go to bed.

In five years, I see myself ... I have no idea, but hopefully I’m successful.