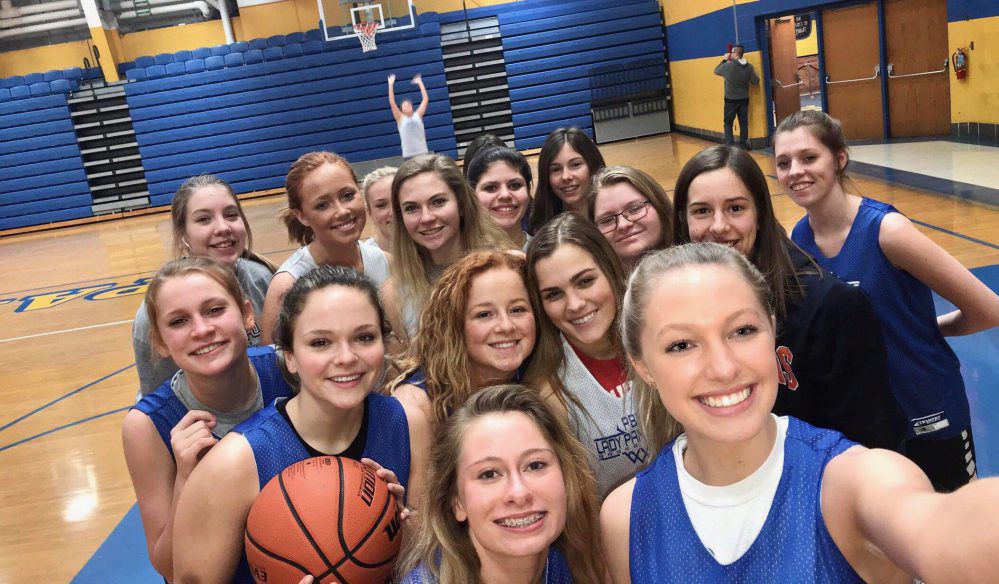 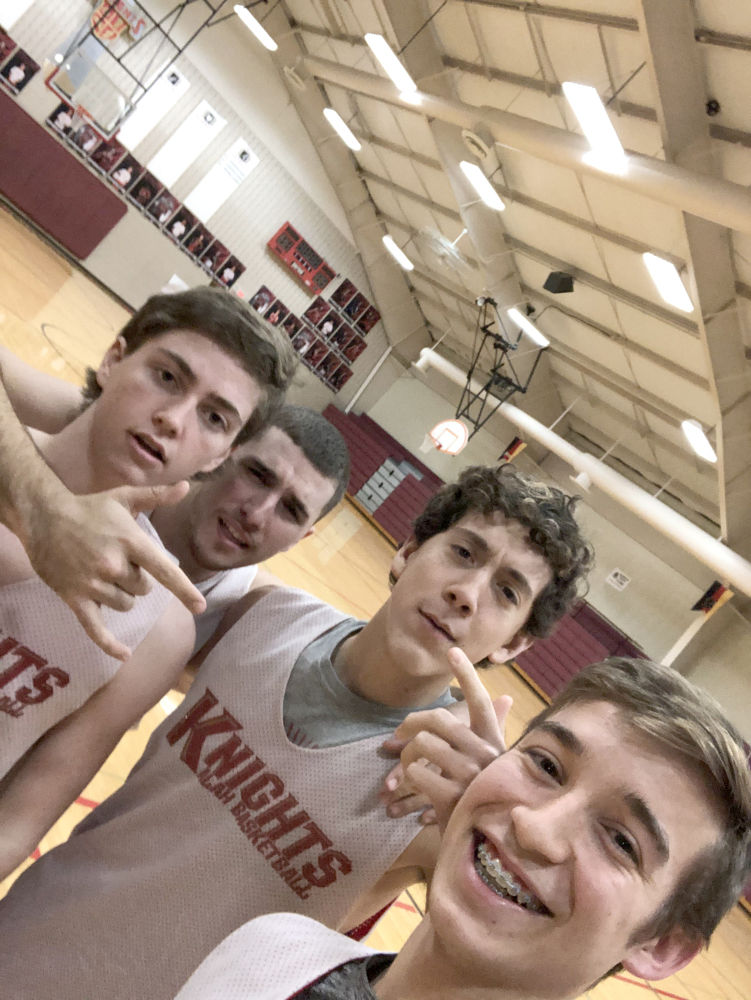 Provided Arthur-Lovington-Atwood-Hammond boys' basketball player Austin Plank, bottom right, poses for a selfie with some of his teammates prior to Thursday's practice in Arthur.

Why she’s Athlete of the Week: The senior hasn’t slowed down since reaching her 1,000th career point late last month. Bruns scored 14 points in a triumph against Iroquois West, piled up 34 points on 16 of 17 free-throw shooting in an overtime win versus Centennial and generated 26 points in a loss to Eureka.

From Bruns: “I was just really focused (in the Centennial game) and knew that I had to score so that we would have a chance at winning. (My season) is going much better for me than I expected, for sure. I just focus on playing as a team and knowing that if I get mine, that’s awesome — but I focus more on the team just winning than myself.”

I need tickets to see ... a Chicago Blackhawks game. I’ve always wanted to go to one but haven’t had the opportunity yet.

One movie I could watch over and over again is ... “The Blind Side.” I love that movie. I just like seeing the struggle that (Michael Oher) went through and how he overcame it all.

If I could choose one superpower, it would be ... flying, because I could go anywhere.

The social media platform I use most is ... Instagram. It just keeps me more in touch with my friends and seeing what they’re up to.

My biggest pet peeve is ... when people chew with their mouth open.

My best basketball memory is ... winning the Sangamon Valley Conference tournament my sophomore year, because we weren’t expected to win and we pulled it out. I think we won by only two points.

My most embarrassing basketball memory is ... last year, I airballed a free throw. Me and my teammates just kind of laughed.

Before a game ... I try and eat some pasta, then just relax and listen to music with my teammates and get hyped.

After a game ... I go home with my family and eat supper, and then just relax with them.

In five years, I see myself ... in college studying business, though I haven’t decided where yet.

Why he’s Athlete of the Week: The junior played a significant role in each of the Knights’ last three victories — part of a four-game win streak that concluded Friday. Plank turned in eight points and five assists against Argenta-Oreana, produced 11 points and six rebounds versus Paris and netted 16 points and four rebounds against Tri-County, shooting 7 of 8 from the free-throw line in each of the latter two outings.

From Plank: “The main focus is to just drive to the basket and hopefully create an opening for my teammates. We also run down the court a lot, so they can get me when I’m open. ... Late-game situations, I usually take the fouls to try and knock (the free throws) down.”

I need tickets to see ... any NFL or NBA game. I’ve never been to any of those, so it’d be nice to go there.

One movie I could watch over and over again is ... “The Hunger Games,” because I like that type of genre. It’s just interesting to me.

If I could choose one superpower, it would be ... teleportation, because traveling is just the worst. It’d be easier if I had teleportation.

The social media platform I use most is ... definitely Snapchat. I use that all the time — probably too much.

My biggest pet peeve is ... when somebody butts into my conversation. It gets really annoying.

My best basketball memory is ... beating our rival, Arcola, in eighth grade. We lost to them every year in junior high, and the last game we played them we beat them, and that just felt great.

My most embarrassing basketball memory is ... I got my ankles broken by somebody that came off the bench and didn’t play very much, and my teammates all laughed at me.

Before a game ... I listen to music and try to get focused for the game.

After a game ... I relax and reflect on what happened and talk with my parents and my family about it.

In five years, I see myself ... hopefully graduating college and starting a family.