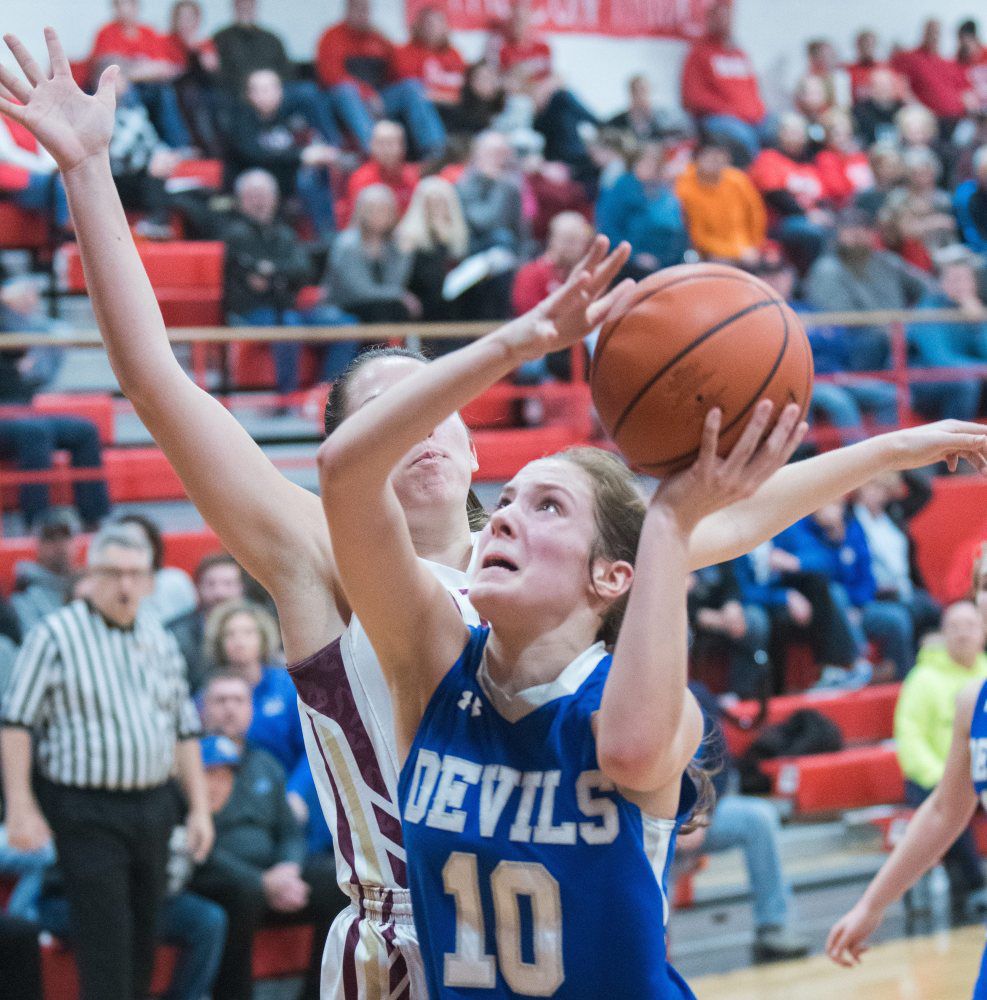 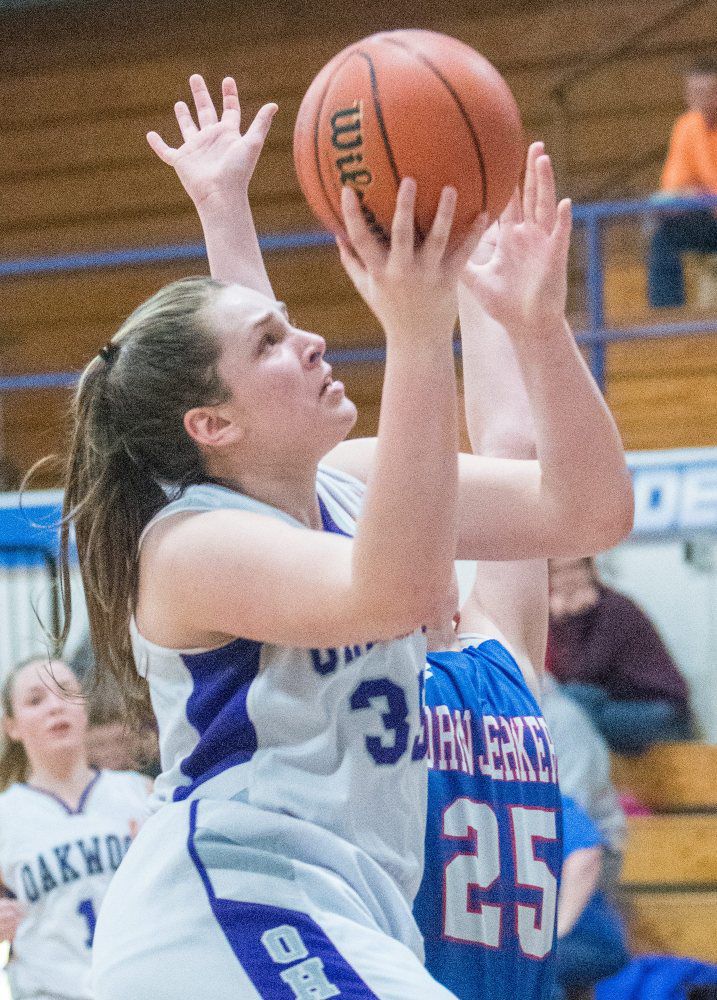 Meidel received an up-close look at Young’s achievement, since the Murray State signee secured it in the Comets’ win over the Blue Devils on Dec. 16.

“I knew I was getting close to it, but I didn’t know when I was going to hit it,” Young said. “It was kind of a surprise to me.”

Knocking on that 2,000-point door herself, Meidel answered the call in a Dec. 27 BSN Classic pool-play victory versus Salt Fork at Bismarck.

“I knew I had the chance to do it,” Meidel said. “It was kind of a goal I set for myself, but it was never something I was solely focused on.”

It’s fitting the 2,000-point accomplishment became the latest way for Young and Meidel to find their names connected.

Both girls have been basketball standouts since they were freshmen, playing only second fiddle in their region to a mostly-graduated cast of stars at Schlarman.

The two have been part of the same number of hoops wins (91) and are separated by fewer than 20 points (Young at 2,132, Meidel at 2,113) as they enter the home stretch of their respective high school basketball tenures.

Always required to be aware of what the other is dishing out, whether it be in a Vermilion Valley Conference game, Vermilion County Tournament matchup or IHSA postseason affair.

“It makes me better going up against her,” Meidel said. “When we have that competition and we kind of parallel each other, it makes us both better and we’re able to improve.”

Both Meidel and Young recall first interacting, from a basketball perspective, in junior high.

Meidel’s initial takeaway: Young “being super tall.” That hasn’t changed with Young standing 6-foot-1, though Meidel nearly has come up to meet her at 5-11.

“It’s always been Oakwood and Bismarck as big rivals since we’ve been growing up,” Young said. “Around eighth grade, I really remember her being one of the very good players. I feel like, over the years, she has just been getting a lot better.”

For as many similarities as these two possess on the hardwood, though, they can’t be equals in one department.

Wins and losses against one another.

To that end, Oakwood has been on the right side of the scoreboard more often than not. In fact, BHRA’s lone success over the Comets across both girls’ prep basketball careers came in a 2019 Class 2A regional final.

The Comets knocked off the Blue Devils in all three county championship games involving these two competitors.

“That’s definitely something that sticks out,” Meidel said. “We played them earlier this season and didn’t play our best game. We’re ready to get another chance at them (in this month’s county tournament).”

So, yes, there is a natural fire and desire within both girls to succeed. In basketball, volleyball or track and field.

Yet they’ve also developed a mutual respect. One of the first words each athlete uses to describe the other is “humble.”

“We’ve both played with each other since junior high,” Meidel said, “so I can’t wait to see what she does.”

“She can totally make a difference at really anywhere that she is deciding to go,” Young said. “She’ll totally make the right decision.”