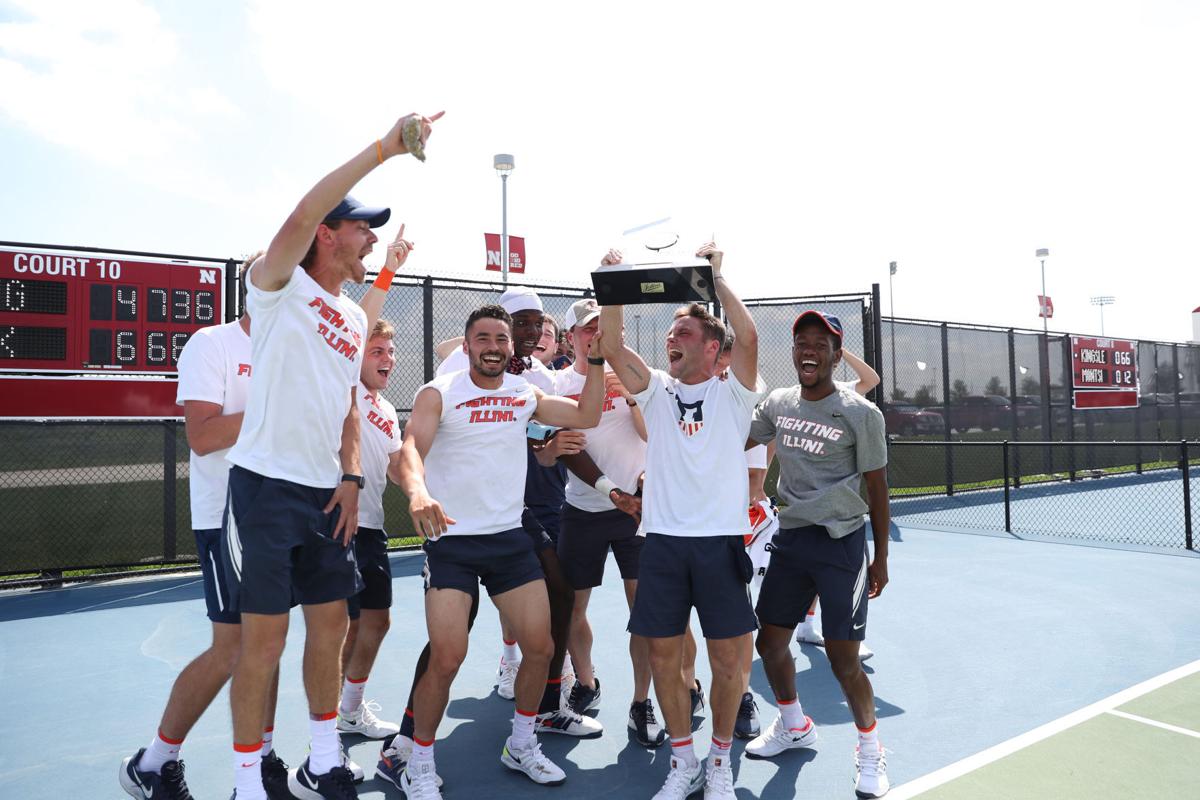 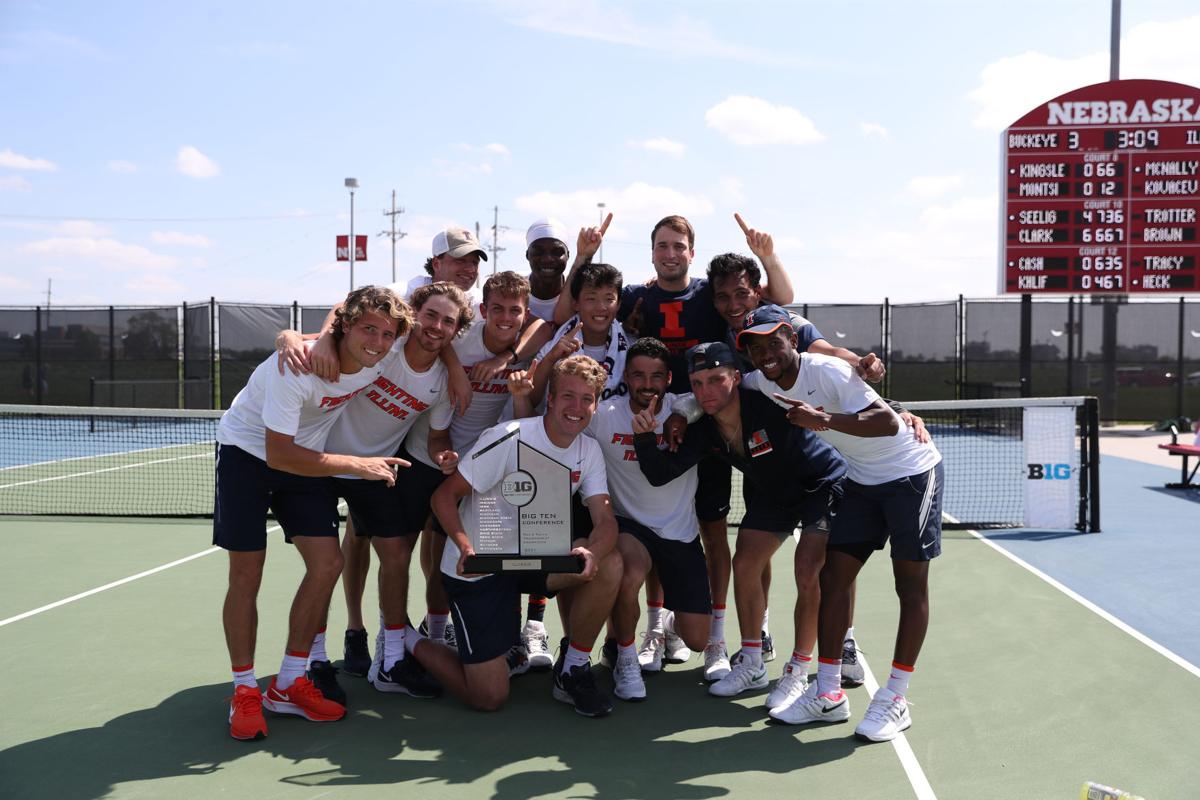 The Illinois men’s golf and men’s tennis teams clinched Big Ten championships within seven minutes of each other Sunday afternoon.

Both Illinois victories came down to the wire. Both were secured by seniors that took advantage of a bonus season of eligibility to end their Illini careers on their terms.

Michael Feagles finished his final round at Crooked Stick with a birdie and three pars in his final four holes to post an even par 72, outdueling Iowa’s Alex Schaake in the process thanks to a pair of bogeys on the final two holes for the Hawkeyes’ redshirt senior.

Feagles’ run gave Illinois its one-stroke advantage with one final pairing on the course. The Illini didn’t need Adrien Dumont de Chassart’s 2-over 74 with four other lower scores, so all eyes were on Iowa’s Mac McClear. While McClear would ultimately claim an individual Big Ten title by three strokes, he missed a birdie putt on the 18th hole that would have forced a playoff with Illinois.

Dumont de Chassart tied for second overall with Schaake and Purdue’s Joe Weiler at 2-over for the tournament. Feagles was fifth at 4-over. Illinois also got a top 10 finish from Tommy Kuhl at 8-over and in a three-way tie for 10th after he shot a 1-over 73 on Sunday. Jerry Ji tied for 16th after his own final round 73, and Giovanni Tadiotto tied for 29th after shooting a 1-under 71 to finish the tournament.

Only Feagles was at even par after the front nine Sunday, as Illinois fell behind Iowa early. Dumont de Chassart, Kuhl, Ji and Tadiotto combined to go 7-under par on the back nine to help the Illini secure their sixth straight Big Ten championship and 11th in the last 12 played.

The drama was just as high in Lincoln for the Illinois men’s tennis team, which won its second Big Ten tournament title in 13 seasons. The other 11 belong to Ohio State. The Illini took the doubles point after relatively straightforward wins by the teams of Noe Khlif and Siphosothando Montsi and Hunter Heck and Aleks Kovacevic.

Ohio State rallied, though, winning three of four singles matchups before only Khlif and fellow senior Zeke Clark were on the court. The bottom half of the Illini’s singles lineup came through. Hunter Heck had the lone win out of the first four, putting together a 0-6, 6-3, 7-5 comeback victory.