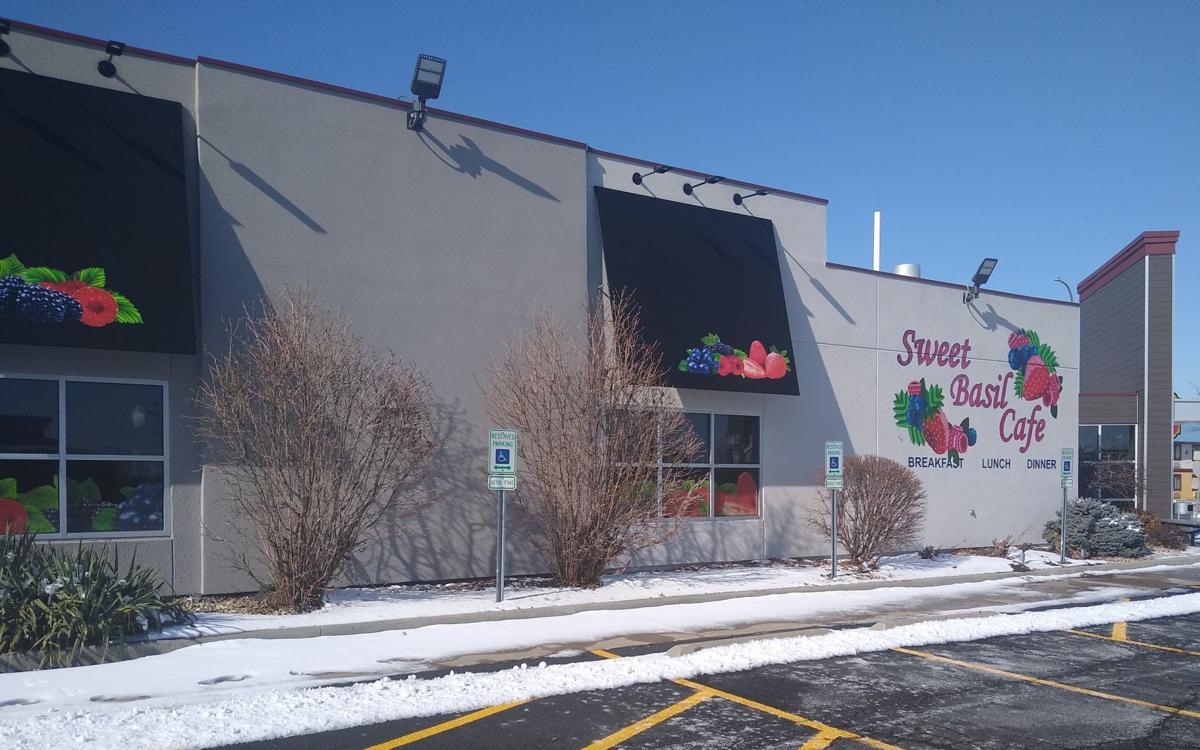 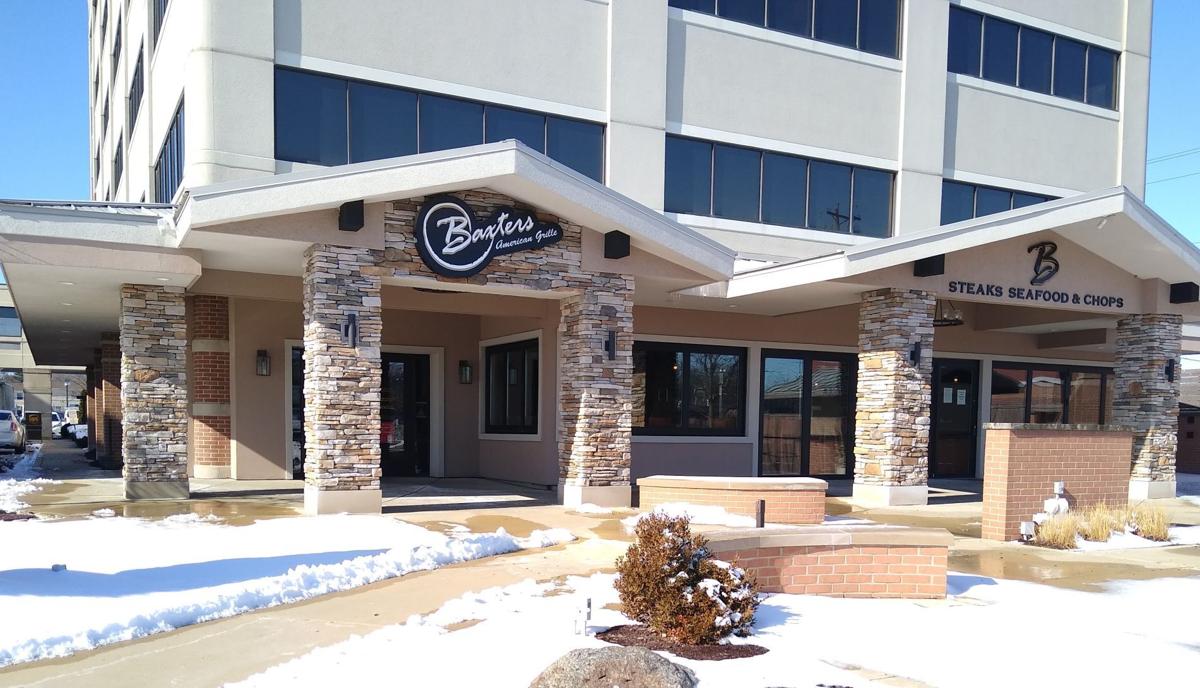 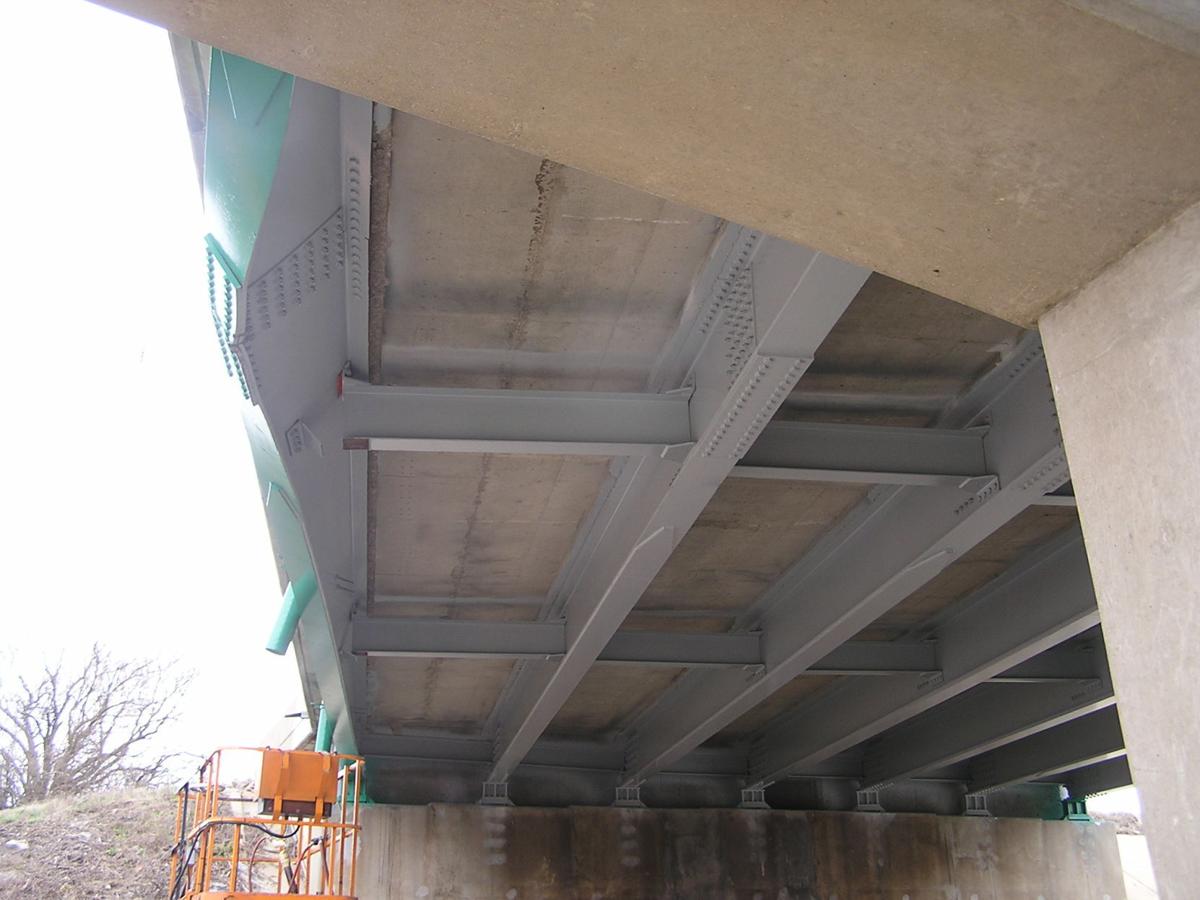 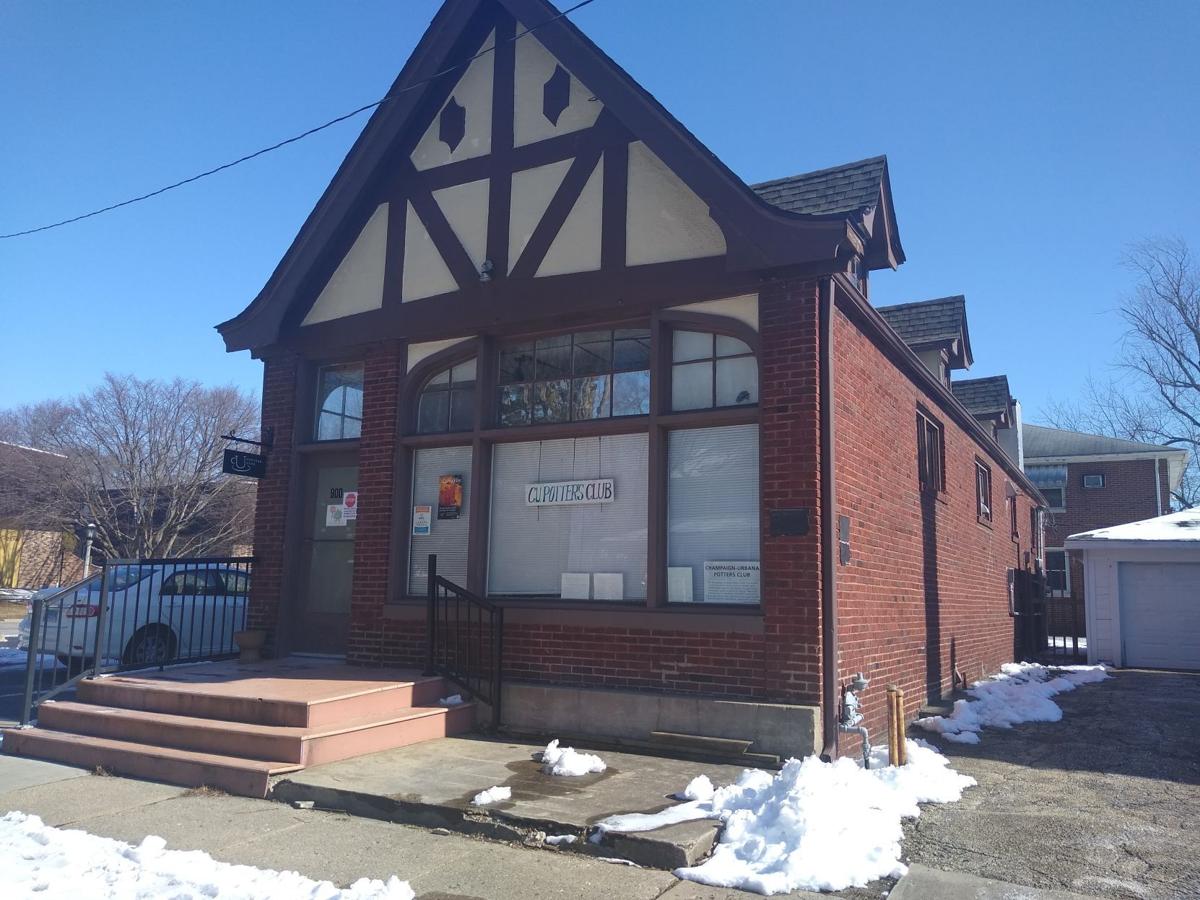 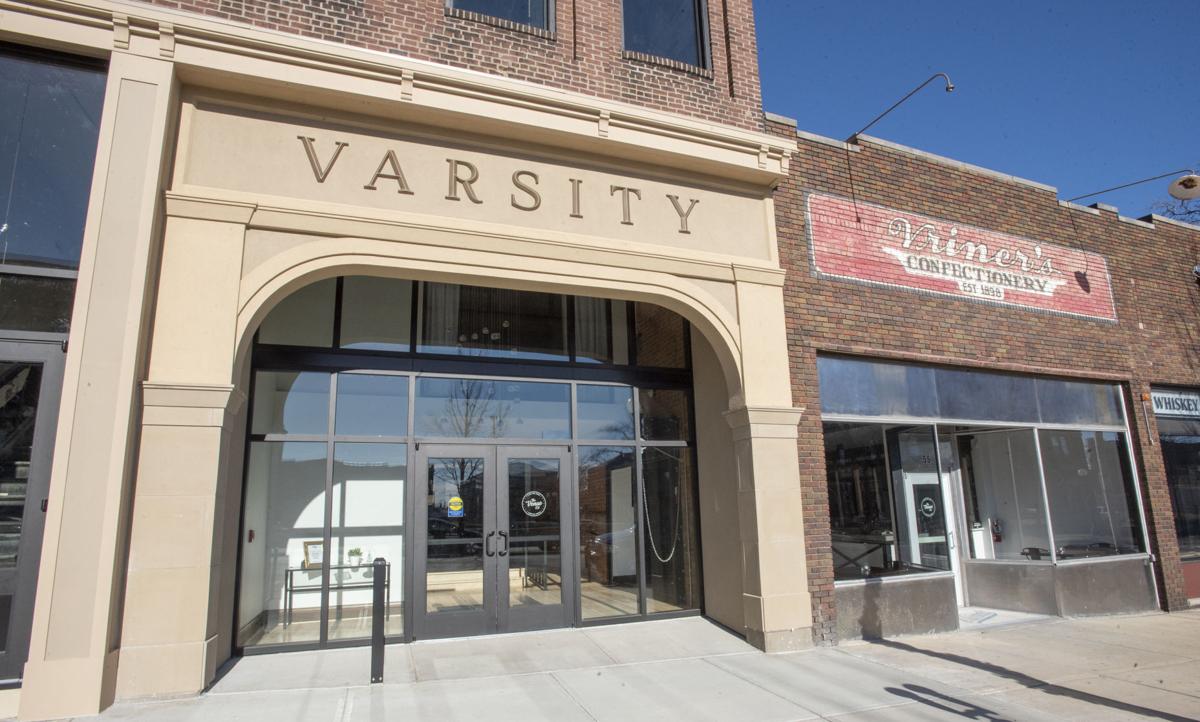 The Venue C-U on E. Main in downtown Champaign. 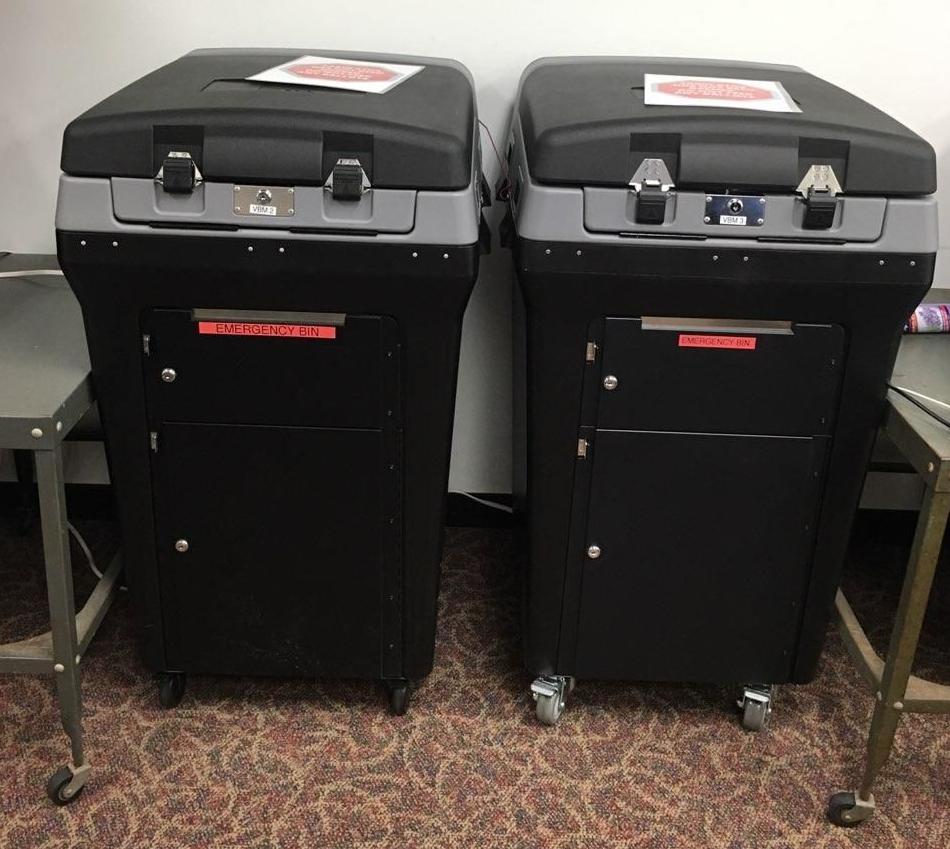 Champaign Count voting machines like these from Election Systems & Software will be publicly tested on Feb. 12.

Put Tom to the test with your toughest questions. Click here and he'll chase down an answer

Welcome back, winter. It's been a long time. It appears we could have some major wind-chilly temperatures this week. It got below zero just once last year (-5 on Feb. 14) and we haven't had a prolonged cold spell since January 2019 (five subzero days out of seven, including -17 on Jan. 30, 2019).

As for the mailbag, here's the lineup: details on a nearly 100-year-old commercial spot near Urbana High School, a hazardous household waste collection day is on the calendar, The Venue in downtown Champaign, voting machines used in Champaign County, a damaged bridge on I-74 in Mahomet, homes on septic systems in town, hunting for crow and plans for South Mattis Avenue in Champaign.

"All the lights are off at Baxter’s on Neil Street, is it closed for good?"

The restaurant temporarily closed on Dec. 25, according to signs posted on its exterior door and notices on Facebook.

"After much consideration we have made the difficult decision to pause business operations on a temporary basis," the signs say. "We intend to resume dine in and curbside service when safety guidelines allow us to invite you back inside."

"Will the county have another hazardous waste collection day this spring?"

An Illinois EPA-sponsored household hazardous waste collection event will be held from 8 a.m. to 3 p.m. Saturday, April 10, at the Market Place Shopping Center.

Residents must pre-register for this event at hhwevent.simplybook.me by selecting from available time slots. Online registration will remain open until all the time slots are full.

To prevent the long wait times experienced during the October 2019 collection, the hazardous waste contractor for this collection will provide additional drop-off lines, more staff, and fewer residents will be registered in each time slot.

Types of items that will be collected include oil-based paints, insecticides, cleaning products, mercury, and similar hazardous waste. Please review the full list of items that will and won't be accepted, as well as additional details about the event location on the registration website.

"It has been pointed out to me that right in the middle of Urbana, near Urbana Middle School, there are several properties that, for some reason, the city has not connected to the city sewer system, and requires those owners to maintain a septic system. This seems like poor civic policy. The city provided sanitary sewer service to the rest of the city, I assume using public funding. Why did they intentionally exclude some properties?"

There are some homes in Champaign-Urbana still on septic, said Rick Manner, executive director of the Urbana & Champaign Sanitary District.

Carol Mitten, Urbana's city administrator, said the city has homes on septic systems and with private sewers. Many are older homes. One, she said, was built in the 1800s.

"Every private property that is connected to the public system is connected by a 'sewer lateral;' think of it like a driveway that connects a private property to the street. Just as the private driveway is the property owner's responsibility, so is the sewer lateral," she explained. "Each instance of a property that is still on a septic system or served by a private sewer is unique, so it's really not possible to address the entirety of your reader's question without more specifics.

"In each case, there needs to be solution that is tailored to the situation. Because of the need to make the connection via a lateral, there are invariable costs to the homeowner as well as the city. When we consider possible solutions, we attempt to balance the costs to both."

Some people, she said, believe the city should pay for everything, "but we don't pay for anyone's lateral connection. That is clearly the property owner's responsibility. Depending on the circumstances, the homeowner (sometimes a developer) has to pay for more than just the lateral if the public sewer needs to be extended to the property."

"Wondering what was going on at the Venue in downtown Champaign on Sunday morning. Traffic was backed up and people were going in and out of the building when we tried to drive by. We didn't know it was open yet."

The CU Church is using the space for smaller, in-person Sunday gatherings.

"What can you tell us about the building at the corner of Race and Washington streets in Urbana? My parents bought a home in this neighborhood in 1955 and this building had a Texaco Service Station in the center with the South Side Grocery on the left and a restaurant on the right side. This building has to be somewhat historical as it was an early example of the present convenience centers that are so common today."

900 S. Race, currently the home of the Champaign-Urbana Potters Club, was built in 1926, according to the city of Urbana website.

"The first building on the property was a small grocery store, owned and operated by Roy and Charlotta Hunt and built in 1926," says the report. "A year later the Tudor-style filling station was built. R. Melvin Root owned and operated the gas station. The same year a confectionery shop was opened. These three buildings and businesses were owned and operated by a number of different individuals over the years."

A separate Historic Resources Survey Form, compiled by the city, says that the small parking lot at the corner was where the old gas pumps once operated.

"The other building on the lot, meanwhile, was converted into a confectionery shop owned by Max S. and Constance Flewelling. Max was both a deputy county treasurer and a confectioner, By 1928 the gas station had been named a Texaco Oil Company station. The agent at the time was Ira C. Vanderlinden, who lived at 907 E. California in Urbana. By 1931 the filling station had gotten a new owner and address. It was now 121 W. Washington and was named Miller's filling station. The filling station and grocery store continued to exchange owners and names for several years up through the early 1950s. Eventually, however, the filling station closed and much of it was town down.

"This building has been used for several business ventures from television repair shops to a pizza place in the 1990s."

"Why are the eastbound I-74 oversize loads getting off at the Mahomet exit and traveling south to U.S. 150 to Prairie View Road to get back on I-74? They are bypassing both overpasses. Seems there must be damage to one."

Here's the word from Kensil Garnett, Region 3 engineer for the Illinois Department of Transportation, about the bridge at I-74 and Illinois 47:

"Structure number 010-0015 was hit by a non-permitted load on March 26, 2020 and it damaged the fascia beam of the structure. The shoulder on the overpass bridge is closed until this can be repaired. Once the repair has been made, oversized loads will be able to cross the structure again."

The department's report on the bridge says its superstructure is in poor condition with "advanced deterioration" and with "minimum adequacy to be left in place."

"I am saddened that The News-Gazette no longer prints a table on the first of the month with the daily average high and low temperatures, daily sunrise and sunset, etc. Where can I find this information?"

Monthly weather almanac reports can be found at website of the Illinois State Climatologist.

Here's a link to the February 2021 weather almanac.

"Any chance of the city of Champaign widening Mattis from two to four lanes south of Windsor? It needs it."

According to the city's 2020 capital improvements plan, South Mattis between Windsor and Curtis Road will get a "complete streets" reconstruction around 2024 and 2025. Currently estimated with a construction cost of about $4.5 million it will include a three-lane pavement with on-street bike lanes, curb and gutter, storm sewers and sidewalks.

Election Systems & Software (ES&S) — not Dominion Voting Systems or Smartmatic, the companies disparaged by supporters of the former president — is the company that produces the voting machines used in Champaign County, said County Clerk Aaron Ammons.

"Since I have been in office (two years now) we have purchased approximately 80 new DS200's. This was necessary because we inherited voting machines (M100's) that were so old that they were no longer manufactured," he said. "The money was requisitioned from the county board for the machines but we use(d) grant funds to pay for maintenance and software."

Ammons said the machines are initially programmed and prepped by the technicians from ES&S.

"The Director of Training, our IT Specialist, or our voter registration vendor, picks it up from there and programs the device that runs each machine for each election," Ammons said.

ES&S is one of the largest election vendors in the country, he said.

75 and older in Champaign County

"Regarding the recent vaccination clinic, I am wondering how many people aged 75 and over live in Champaign/Urbana/Savoy?"

According to the Census Bureau's American Community Survey, 2019, there were an estimated 11,462 people in the county 75 years or older, or about 5.5 percent of the population.

The estimated median age in the county is 30.8 years.

I took a peek inside the restaurant during its renovation and the mural is still there. I was told it's going to stay.

"I saw in today’s paper, Feb. 4, that crow-hunting season closes Feb. 28. What can you tell me about crow-hunting? Also, do hunters eat it? If so, how is it cooked?"

Tim Schweizer, a spokesman with the Illinois Department of Natural Resources, said that crows are federally protected by the Migratory Bird Treaty Act and by the Illinois Wildlife Code.

They may be hunted by those with a hunting license and habitat stamp from late October to late February (current season Oct. 28, 2020 to Feb. 28, 2021) from a half hour before sunrise to sunset with no limit to the number that may be taken," Schweizer said. "Crow hunting provides opportunity for hunters to help control the population and limit damage that crows might do to crops/gardens and other wildlife."

He said he has not tried dining on crow, but imagines their dark meat probably tastes "pretty gamey."

Tom Kacich | Not everyone was locked down last summer and fall

Most public courses in East Central Illinois reported similar gaudy increases, a reversal of a recent trend that had resulted in the closure of golf shops and golf courses like Railside in Gibson City, Blue Needles near Fairmount and Scovill in Decatur.