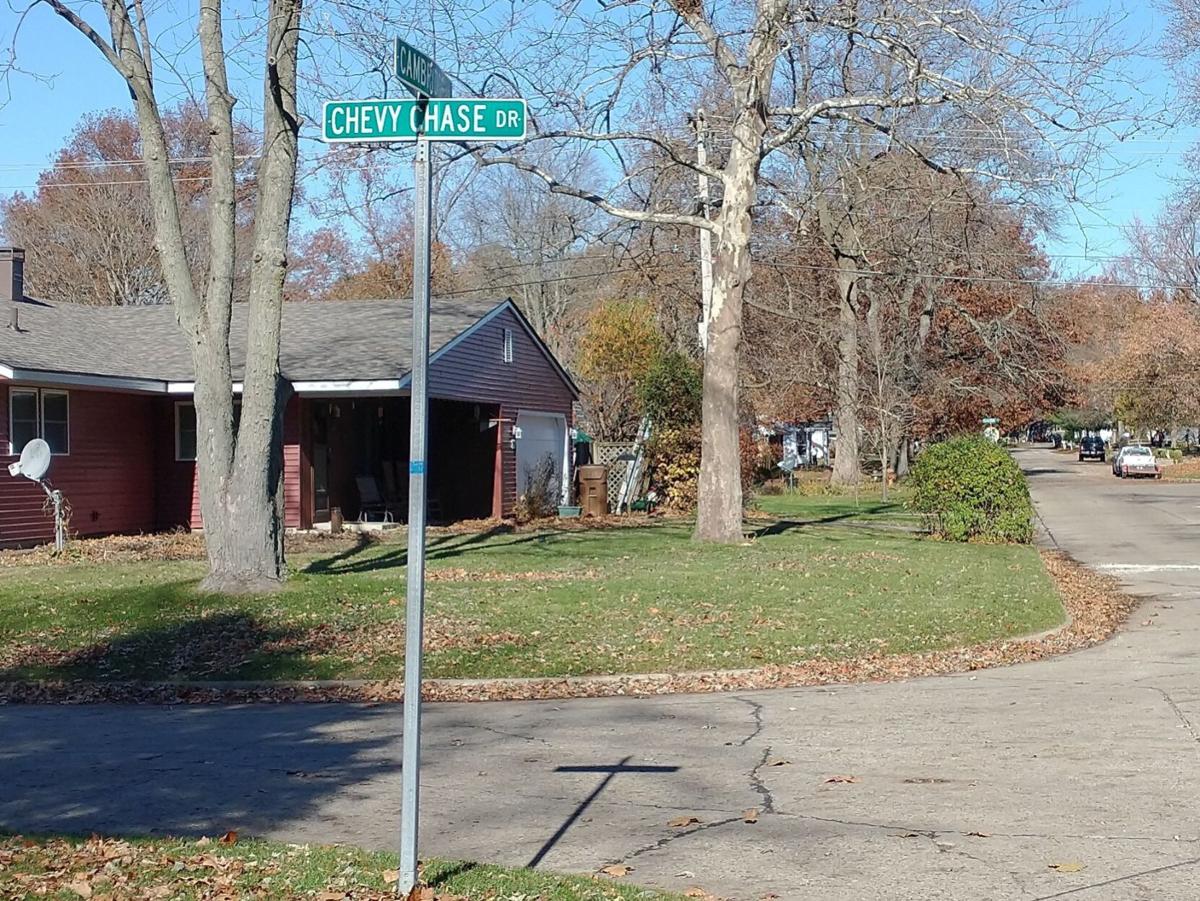 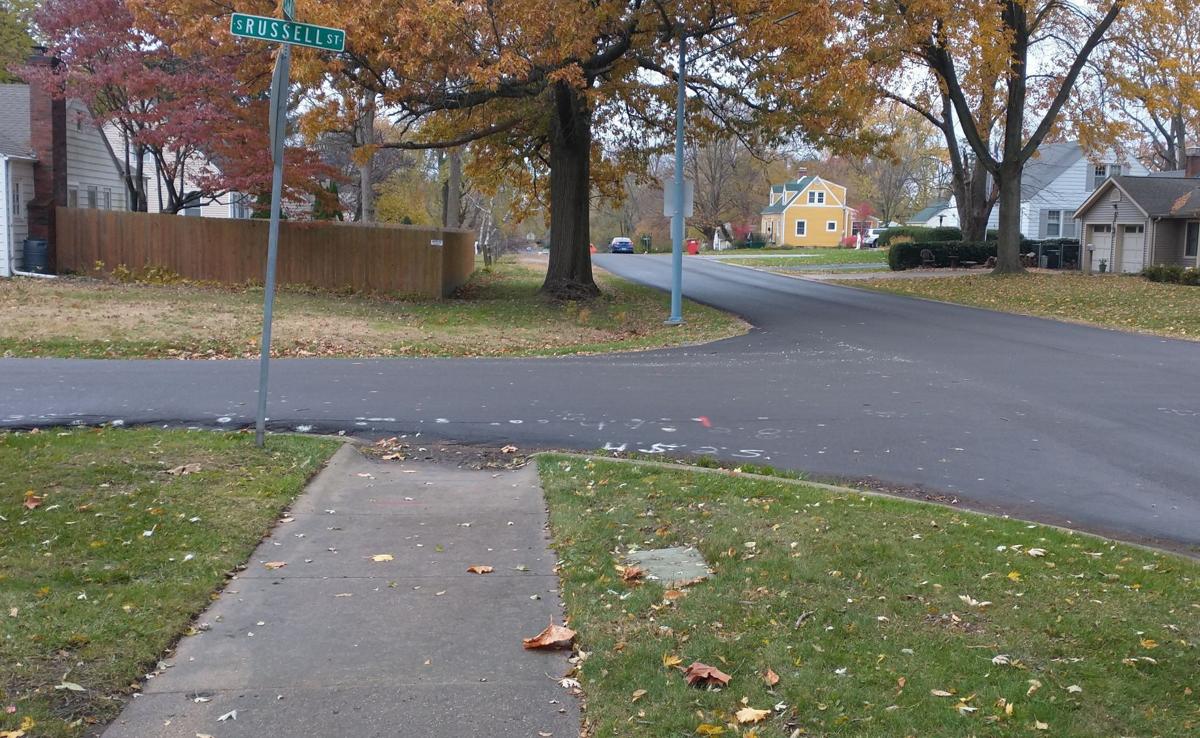 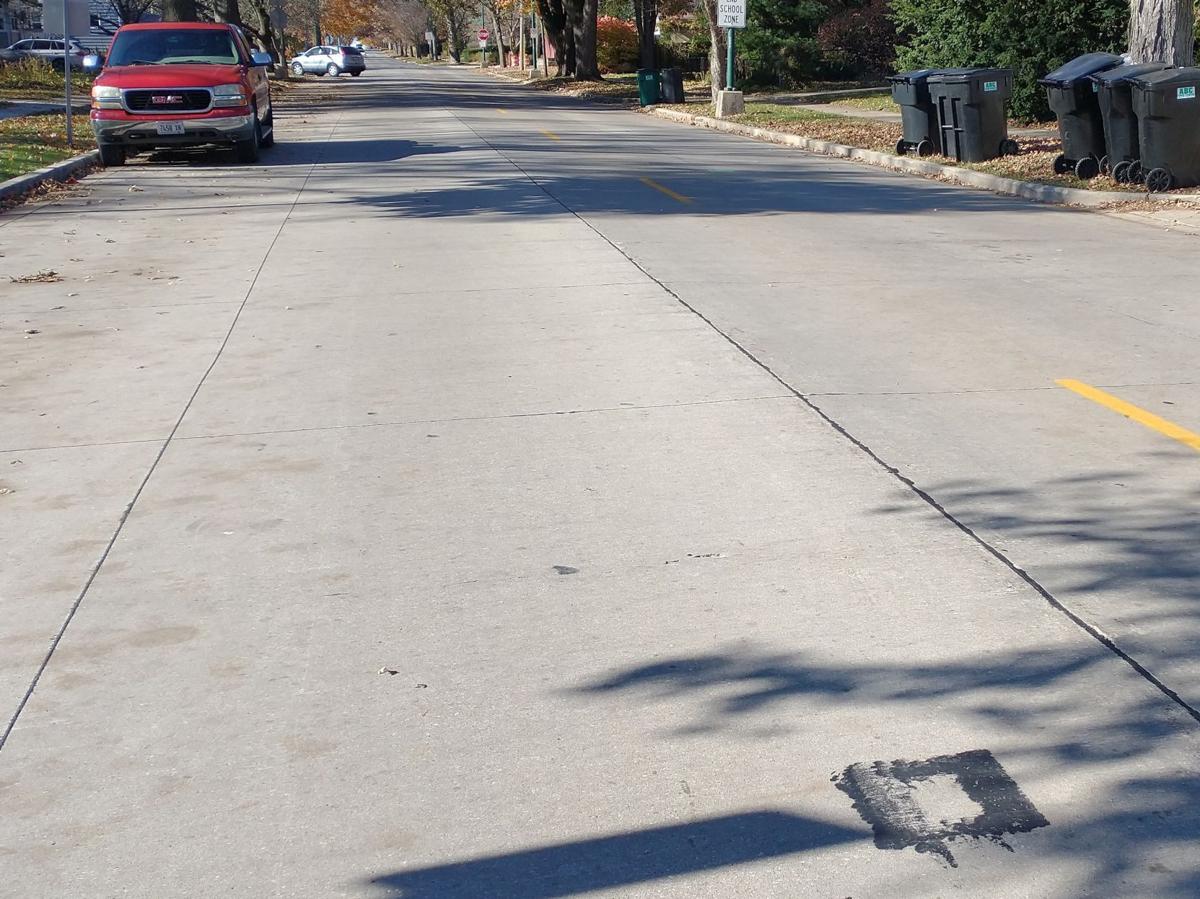 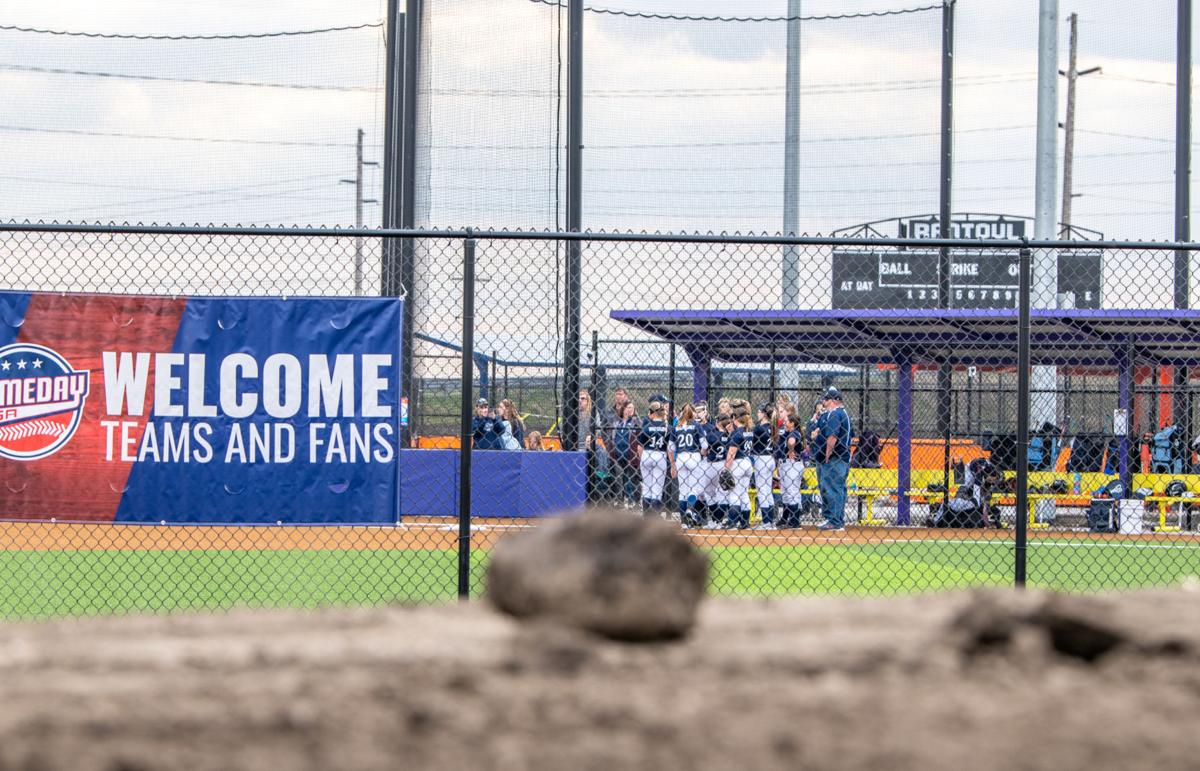 A softball team gathers in a dugout Friday during the first day of operations at the Rantoul Family Sports Complex. 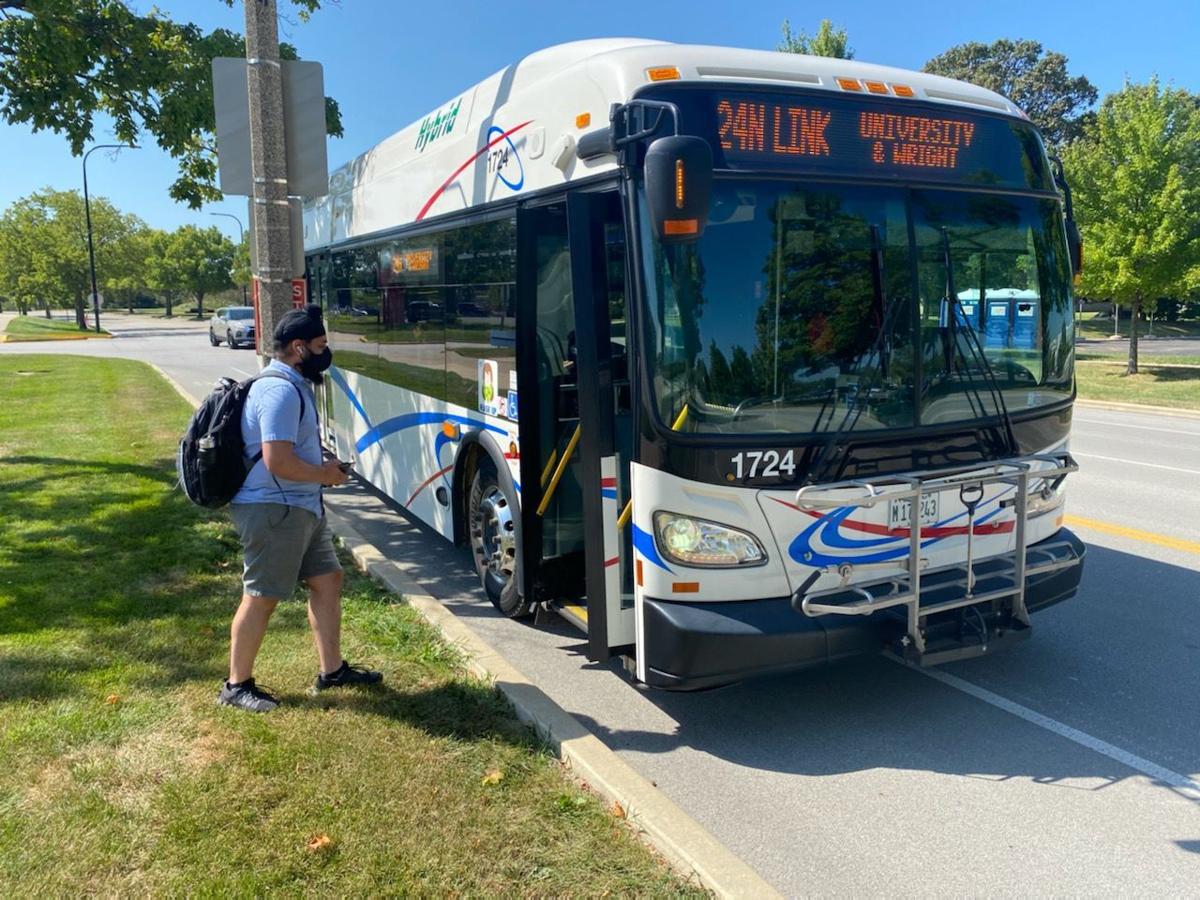 A passenger boards a Champaign-Urbana Mass Transit District bus at the stop at First Street and St. Mary’s Road near State Farm Center in Champaign.

Submit a question of your own by clicking here

I'm thankful for Kris Koester at the Champaign Public Works Department for answering a bunch of questions this week and helping the mailbag through a short work week.

But we also have answers to questions about the new Rantoul sports complex, fewer Veo bikes around town, the slow recovery of MTD ridership and Chevy Chase Drive in Champaign.

"Is it too early to judge the economic impact the new sports complex has had on Rantoul and the surrounding communities? And, how much of an effect will the proposed sports complex in Mattoon have going forward?"

"We are very pleased with the increase we have seen in traffic visiting our restaurants, retail, and specialty businesses. In fact, since the opening of the Complex, we have seen a 25 percent growth in sales throughout our Village, and in talking with other municipal leaders around the county, they too have seen an increase in visitors to their communities," said Rantoul Village Administrator Scott Eisenhauer. "With next year's schedule already seeing additional events, we anticipate seeing those numbers grow.

"We are also excited about additional amenities coming to Rantoul next year with a new hotel, new food and beverage businesses, and other specialty shops opening or expanding across the community. This, too, will add to our future economic impact.

"As for other sports complexes, our focus is on making sure we are providing the best experience for those who come to Rantoul, continuing to listen to and adapt to feedback, and building long-lasting relationships with sports organizations and teams, as well as non-sport organizations, all which will help us grow in the future regardless of what other facilities exist."

Even with the COVID impact Eisenhauer said that fiscal year 2021 sales tax collections were the best in the village "going back at least 10 years."

"Pre-pandemic I saw many of the turquoise rental bikes around town. Today, despite return to a somewhat normal semester, I see hardly any. What happened?"

The number of Veo bikes around Champaign-Urbana and the University of Illinois has been reduced, said Alex Keating, the company's director of public policy and partnerships.

"As things opened from the COVID-19 pandemic this year, Veo's summer and fall ridership numbers in the market were great and we had our full deployment available for users," said Keating. "However, we have reduced our fleet heading into the colder months as part of our standard winterization planning. As such, fewer bikes are out and about right now. We will operate with a reduced fleet through the winter and be back to full deployment come spring."

"Has the MTD ridership recovered since the University and the public schools are now back in full operation? Is the MTD offering the same level of service as two years ago or has that been reduced?

"Not recovered, but recovering," said MTD Managing Director Karl Gnadt. "Last year in October, our ridership was down 74 percent from 2019. Last month we were still down 39 percent compared to 2019. There are still lingering effects of the pandemic, but in addition to that, we are also currently struggling with an employee shortage.

"Because of the shortage, our service is approximately 18 percent less than pre-pandemic. We are attempting to get as many new employees trained as quickly as possible, without sacrificing any of our excellent safety measures, and that takes time."

"I came across a street named Chevy Chase Drive in Champaign recently. In the spirit of 'Christmas Vacation,' do you know if there is a history behind the name of the street?"

Developers of subdivisions choose most of the local street names, unless there is a continuation of a street from on subdivision to the next, said Bruce Knight, Champaign's planning and development director.

"The Chevy Chase Drive area developed in the early 1950s so I think we can definitely say that it wasn't named after the actor," Knight said. "With that said, we don't have a record of who or what it was named for."

There is a Chevy Chase, Md., just over the border from Washington, D.C., as well as other Chevy Chase designations around the county (a neighborhood in Lexington, Ky., country clubs in Wheeling, IL, and Glendale, CA).

Historically the term is believed to derive "from the French word 'chevauchee' used in medieval Scotland and England to describe the horseback raids made into the ancient borderlands between the two countries," said a webpage of the Chevy Chase (MD) Historical Society.

"Or since the Cheviot Hills run along the middle of the border country, which was partly under cultivation, and the hills’ 'chases' (unenclosed hunting grounds reserved for their owners’ use) were popular hiding and hunting areas for both sides, perhaps 'Cheviot' and 'chase' were combined to create the name 'Chevy Chase,'" said the historical society explanation.

In any case it all predates the actor who was born in 1943.

"What are the big pipes for that are being laid under the sidewalks at Harrington, west of Prospect Avenue?"

"This is work for Urbana & Champaign Sanitary District’s 2022 Sewer and Manhole Rehabilitation project," said Kris Koester, spokesman for the Champaign Public Works Department. "The work consists of lining the manholes and sewers. The pipes on the ground are to bypass and pump the sewage while the manholes and sewers are being repaired. This project should be complete within the next few weeks."

"Why are stop signs not posted at certain city of Champaign intersections, e.g., Cedar Street & Grandview Drive (next to the Hessel Park playground) while very similar intersections (Birch Street & Grandview Drive just to the north) do have stop signs? While the Illinois Manual on Uniform Traffic Control Devices may not require stop or yield signs on minor streets, wouldn't a default to having them be safer?

"Buena Vista also has a stop sign but has a somewhat odd geometry with the way the two streets intersect, which is likely the reason a stop was installed at that location.

"Using the example provided, the city would consider stops at the T intersections leading to Grandview due to the presence of the park space."

"I'm curious as to what the painted squares represent that are on various streets around town and in the country. My picture is an example of one on John Street in front of Hopscotch Bakery."

Those squares are just adhesive marks from an old traffic count, said Koester.

"Every so many years, the Champaign County Regional Planning Commission collects counts along various streets for inclusion on the IDOT Average Daily Traffic Map (link below). One type of counter is a card counter and it is 'taped' down to the pavement for a week to collect traffic counts," Koester explained.

Here's the link to the IDOT traffic map.

"I have a sidewalk question in my neighborhood that I was hoping you could answer. It's about John Street, which has sidewalks as far as the eye can see until you reach Russell heading west. Then all of a sudden the sidewalks stop. Combined with poor lighting, that makes walking very dangerous at night along John Street, basically until you reach Mattis Avenue. What can be done to get sidewalks installed?"

Koester noted, correctly, that there are sidewalks on both sides of John Street from Russell west to Kenwood Road.

But the person who wrote the question is correct that a block north, for example, on Green Street, there are no sidewalks west of Russell.

"In general, the city has an annual amount of $100,000 for design and construction of sidewalk gaps. This funding is intended to fill in short (about one block) gaps in sidewalk," said Koester. "Recent examples include a section along the south side of Bloomington on the northwest corner of the intersection with Hagan and on Bradley Avenue from the northeast corner of Mattis to the east about one or two properties.

"A section as large as the reader mentioned above would be too large in scale to fit within this budget. Something that size would require a stand-alone capital project with design considerations, adjacent property considerations, such as easements and/or eight-of-way and impacts to existing landscaping, mature trees or fences.

"While all of these elements could be overcome, they each require a detailed design assessment and require other infrastructure improvements to accommodate the new sidewalk, translating to a higher cost project."

"A few weeks ago the stop lights at Kirby and Duncan stopped working during an early morning rainstorm. Since then, the sensors underground have not been activated and cars sit at this intersection waiting for long lights for no reason. The turn arrows are used each transition no matter if there is a car present or not. The length of the lights themselves seems longer also."

"This signal was struck by lighting, and sustained damage to several components inside that traffic signal cabinet," said Koester. "We are working on restoring the signal to full working order. This is not an easy repair and will take some time to complete."

Passenger train stations around C-U, former businesses in the west Urbana neighborhood, a renamed car repair shop in Champaign, options for disposing of yard waste, free air for tires, the road between St. Joseph and Sidney and where to dine outdoors this (snow-challenged) winter.